Caught the aprés-Rage Against the Machine march at 15th and Arapahoe, the marchers actually having marched from the Denver Coliseum, four miles away. It was by far the biggest protest yet, which isn't saying much. There may have been 4000 people all told: 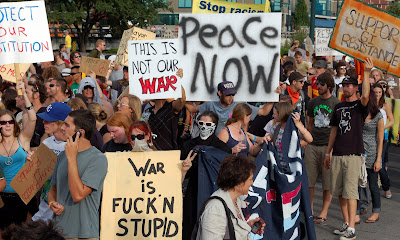 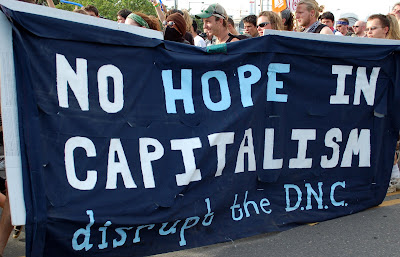 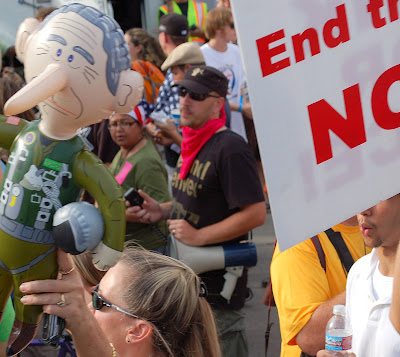 The Iraq Vets Against the War were a larger presence in this march than in any before:

I have no problem with vets protesting the war. (Big of me, ain't it?) But consider this man: 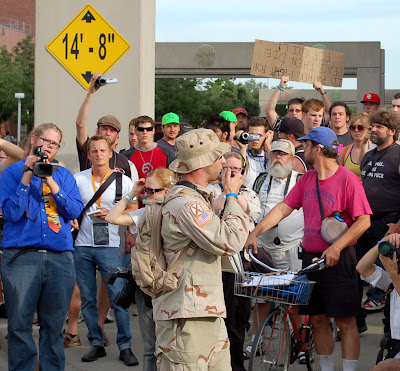 Didn't catch his name if he said it, but he claimed that he and his squad sent Iraqi soldiers out on patrol after disabling their AK-47s. Guess who he blamed for this criminal act. That's right: Chimpleron X-7 from the planet Halliburton. And this evil punk had the balls to feel sorry for himself: "No amount of therapy will change the fact that I may have killed men I don't even know." 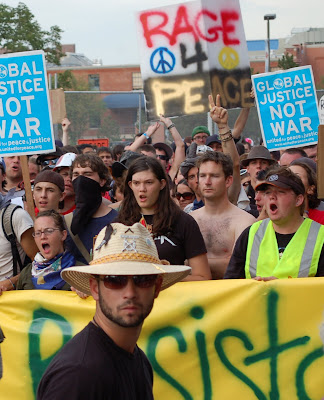 Nobody seemed to know where the march was headed, except that it wasn't to the Freedom Cage. 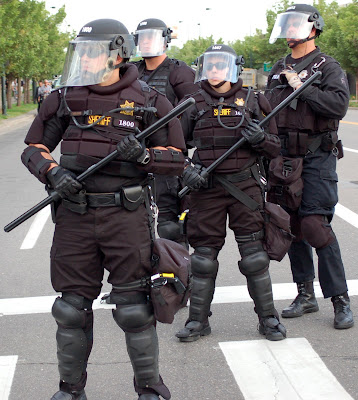 Ready for a baton-twirling exhibition. 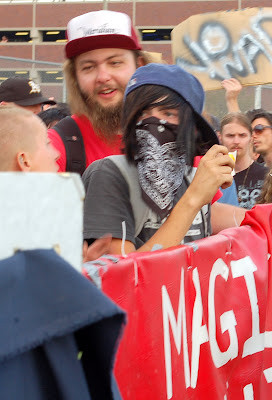 This little barbarian spent the time standing in line (there was a lot of that as the alleged army vets made bullhorn speeches that very few could hear) taunting the cops: 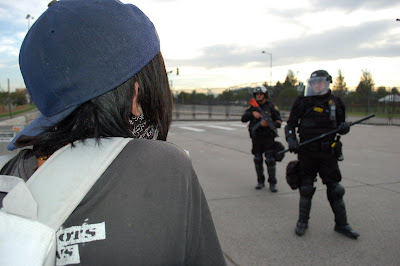 He had a sticker that said "Thank You," and kept asking cops to take it while calling them "nice little fascists" and such.

The cops, by the way, continue to be polite as all get out. Much less smiley, though. 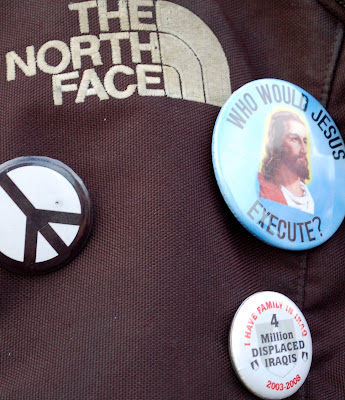 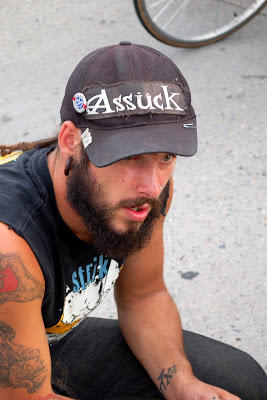 Update II: El Marko was up in Golden checking out Arab TV network Al Jazeera's presence and the locals' reaction (not very friendly).

Posted by Focko Smitherman at 1:43 AM