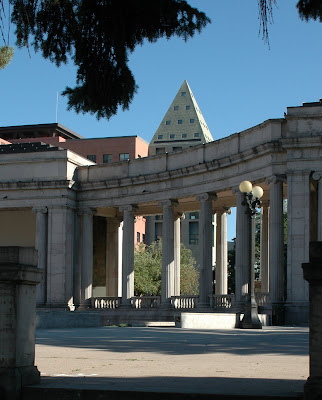 Fairly clean, but still smelling of pee here and there.

By the way, totally unexpectedly, Glenn Spagnuolo and some core Recreationists were frollicking in Civic Center Park this evening. Glenn seems to have picked up his own personal counter-protester, who exercises his First Amendment rights by mocking ol' Spagz. He even has posters, which Glenn looked at briefly and without evident enjoyment: 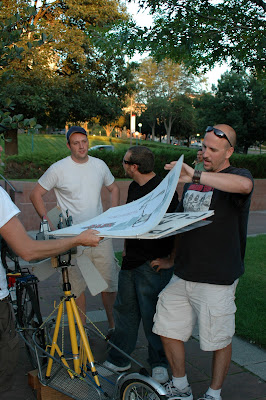 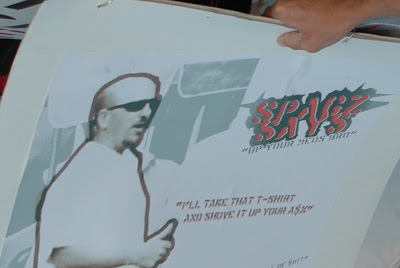 "Spagz says: 'I'll take that t-shirt and shove it up your ass.'" 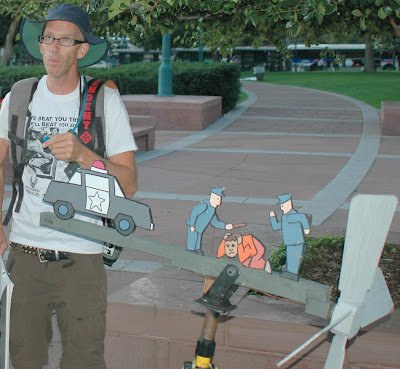 Spagz' nemesis, probably wearing the t-shirt in question.* No idea if his infernal machine works (that is, generates usable electricity to help make this the greeenest convention ever!), but you get the idea. 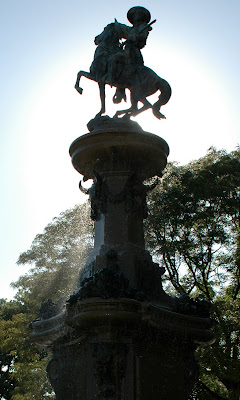 The pioneer atop the Pioneer Fountain in Pioneer Park. There's going to be a pro- (you heard me) troop rally there Sunday, the same day as R68's big "anti-war" rally. 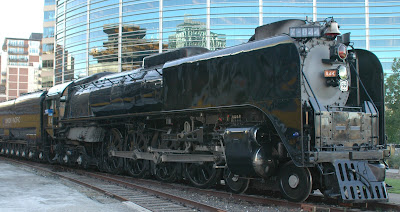 A real honest-to-God steam engine that's been skulking around town for some reason.

Enough sightseeing. Time for Karaoke! Yes, the first (city sponsored) event of the convention, Karaoke Convention 08! It was held at the Supreme Court, a bar on the mall (and will continue at various locations, probably with less-illustrious participants, throughout the convention). The quickly exhausted idea: participants recite recent presidential campaign speeches. Just a few pics:

"I wanna thank John Mellencamp and his wonderful wife Elaine": DNC CEO and black liberation theologist Leah Daughtry recites Obama's "You have the power to change this country" speech. 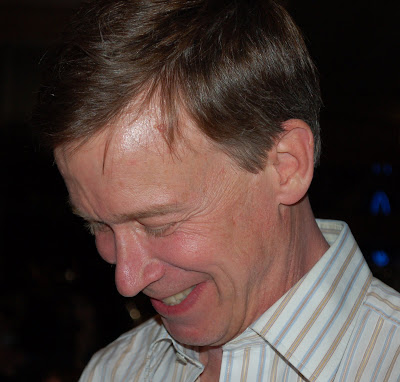 Denver mayor John Hickenlooper. He did another Obama victory speech.

Part of Hillary's concession speech read by somebody whose name I didn't catch: 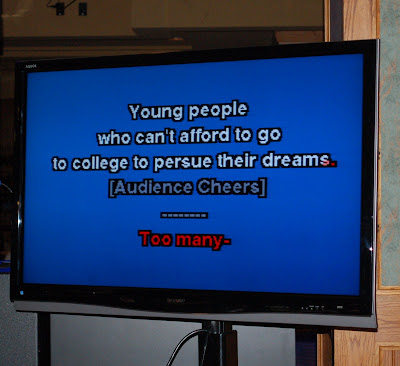 Somebody needs to persue remedial spelling. 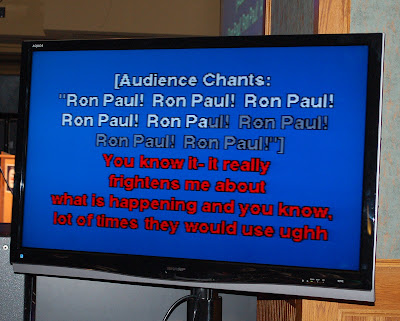 "and you know, lot of times they would use ughh."

It was fun, but we didn't stay. 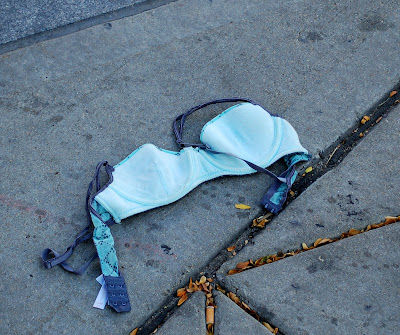 The party started early for HRC. 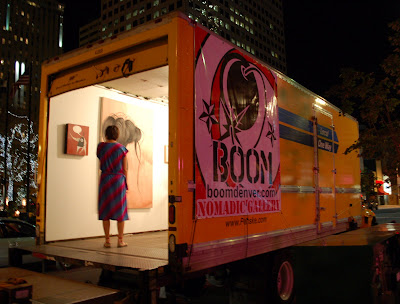 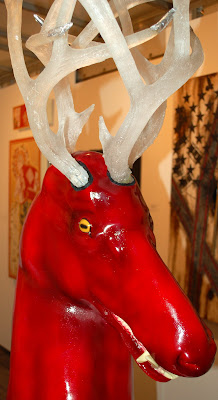 Inside the Art Truck: Ceramic deer with goofy carnivorous teeth and glass antlers.

*The shirt has a reproduction of the "Think your tough HIPPY" picture.

(all the good photos here were taken by the synchronous Mr. B.)

Posted by Focko Smitherman at 12:32 AM