Communiqué from the People's Hoop Party:

There is much seminal writing on key issues which you won’t read in high school or college. I spoke with a teacher yesterday who had never heard of Paolo Friere. Of course she hadn’t. The man gets banned from curriculums even though he is THE man to go to for any critical pedagogy of literacy. . . .

Banned? Banned? Maybe in Arizona, after their stupid anti-effnic-studies move (tho that's more circumscribed than portrayed on the left). But here's the first graf of the first comment when the alleged Arizona ban was news at Kos last month:

Ward Churchill is much the same. Most well educated people have not heard of him, and his books are hard to find. But he has written volumes and his research is fantastic and detailed and deep. He makes a thoroughly convincing argument that the US should get out of North America.

People's Hoop Party is a for-profit biz which, they claim, attempts to "turn good ideas into social reality through direct community action."

Through hula-hoops. Wham-O has a lot to answer for.

Update: "Praxis." God how I hate that word.

Update II: Billy Bob says, "Wham-O, also maker of the Frisbee, need not apologize for any--gimme that Frisbee! Rowowrrrow!"
Posted by Focko Smitherman at 11:59 AM No comments:

In traffic today, a Mini-Cooper, license "Witchy1," with the bumpersticker, "Get a taste of religion. Lick a witch."
Posted by Focko Smitherman at 3:33 PM No comments:

Yeah, I'll lose one or two of the one or two readers I have, but Johnson's calling out of Reuters' egregiously cropped photos of the peaceniks who carried weapons on the blockade-breaking boats, and the blood shed by same, is, um, honest.

And that's the first time I've been over there for months.
Posted by Focko Smitherman at 2:13 PM No comments:

Sticking a live rat's head in my mouth. Actually I've done it about four times, with two different rats. They taste like broccoli.

Update: No, I didn't suck their eyeballs out. Could have. Din't. I'm humane like that.
Posted by Focko Smitherman at 3:19 PM No comments:

Here's the desk my sister Sabra is making for me.

She's as good at taking pics as I am at making desks. Right now (and for the last ten years) I have one of those kit computer desks. Uuuuuugly. And starting to fall apart.

But the one she's building? Simple, and therefore manly. 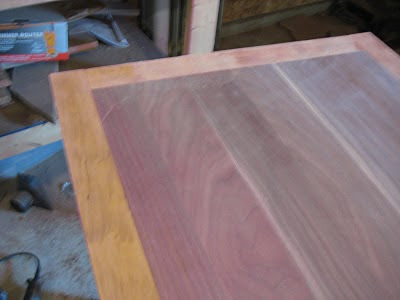 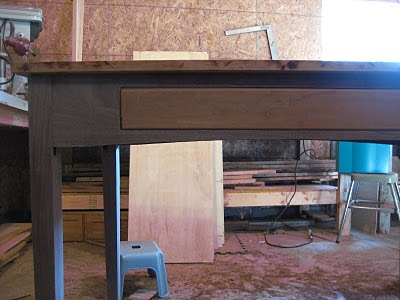 .
Posted by Focko Smitherman at 6:00 PM No comments: