Tent State University organizers said they had drawn between 8,000 and 10,000 people to their demonstration through midday Sunday, the event's first day, far fewer than they expect to come later.

Rik Church, the stage manager at Tent State, being held at City of Cuernavaca Park, said he had projected between 20,000 and 30,000 would pass through on Sunday. 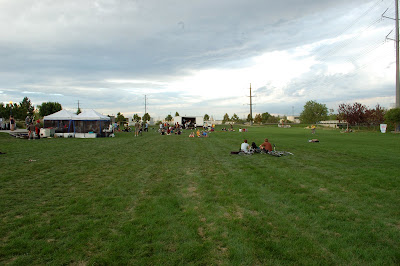 Apparently they "passed through" in a hurry. Tent State at Cuernavaca Park, about 7:00 p.m.

Some of the demonstrators placed 58 pairs of boots on a lawn, representing Colorado soldiers killed in the Iraq war. Pairs of shoes to mark the Iraqi civilians killed in the war were also put out. 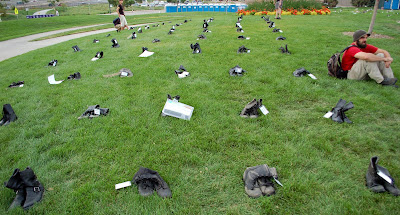 I'm so sick of this shoe fetish. It was moving when the Holocaust Museum did it, but here they're just people's crummy old shoes.

Ben Schrader, an Army veteran who said he served one year in Iraq, wore a desert-fatigue hat decorated with a peace-sign button to the event.

Schrader, 28, lives in Fort Collins and is the president of the city's three-person chapter of the anti-war group Iraq Veterans Against the War. 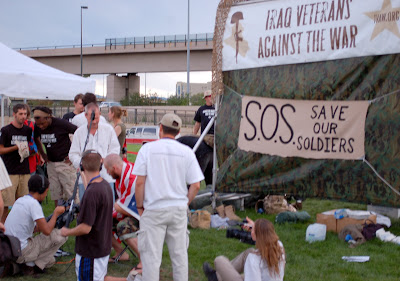 He now wants the U.S. to withdraw its troops from Iraq immediately, he wants veterans taken care of and he said he wants reparations paid to Iraqi people. 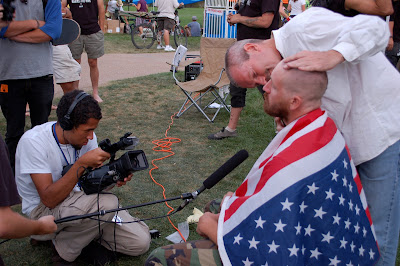 The IVAW had a deal where you could pay for a "vet" to be shaved (to symbolize the dehumanization of the Iraqi people or some such bull.) Nice touch with the flag. 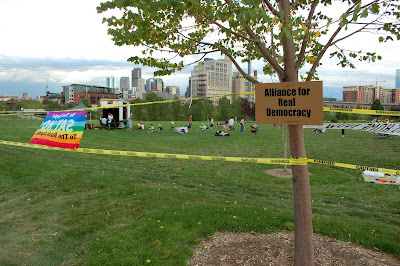 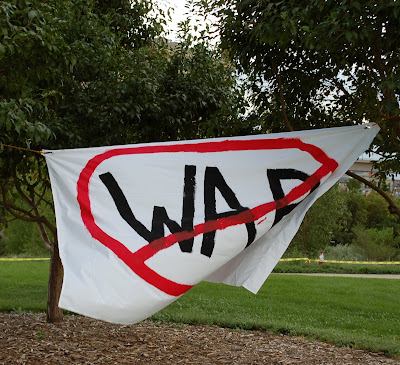 Wanted to get a shot of this sign, but it was breezy so a couple of kids helped me out. 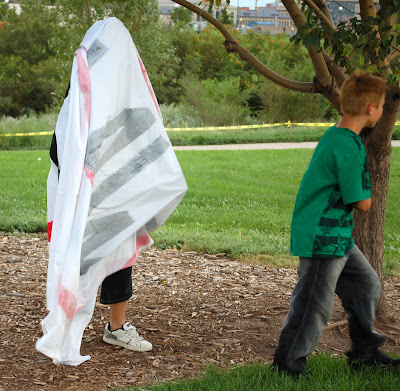 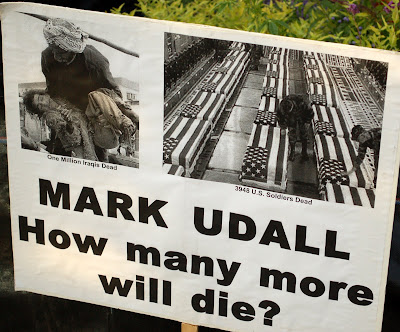 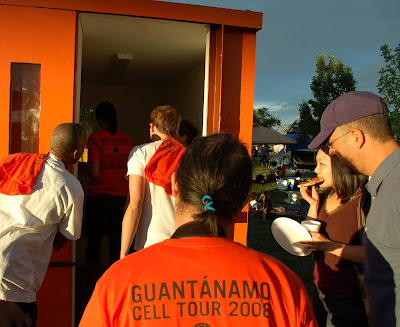 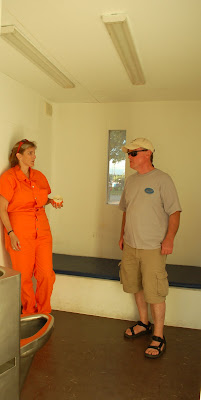 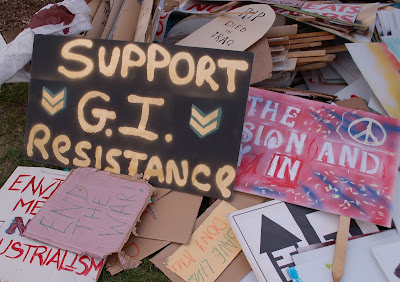 The only tent at Tent State: 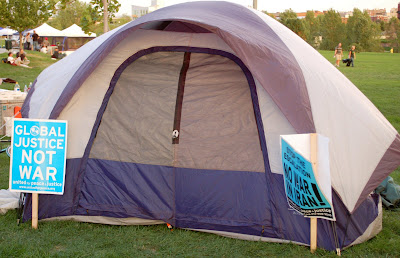 Posted by Focko Smitherman at 10:51 PM