And, of course, getting caught doing so. The Post has the AP story:

A staff writer for The New Yorker has resigned and his latest book has been halted after he acknowledged inventing quotes by Bob Dylan.

Jonah Lehrer released a statement Monday through his publisher, Houghton Mifflin Harcourt, saying that some Dylan quotes appearing in his book "Imagine: How Creativity Works" did "not exist." Others were "unintentional misquotations, or represented improper combinations of previously existing quotes."

How creativity works. New York mag has more, with links (the website for Tablet magazine, which broke the story, is currently crushed). Basically Lehrer got caught because he'd just got caught plagiarizing himself in earlier New Yorker pieces. He then tried to lie out of it by claiming he'd gotten the Dylan quotes from unreleased hunks of Martin Scorcese's doco on same.

Yeah, big deal, another young writer a little too eager for whatever it is young writers are eager for (books, a handsome desk, tweed jacket with elbow patches--stuff like that, I'd imagine). But this was odd. AP says,

Among Lehrer's inventions was a quote that first appeared in the famous documentary from the mid-1960s, "Don't Look Back," in which Dylan tells a reporter about his songs that "I just write them. There's no great message." In "Imagine," Lehrer adds a third sentence—"Stop asking me to explain"—that does not appear in the film.

I've looked several places--a Times blog, Forbes, Huffpo--and that's the only fake quote quoted: "Stop asking me to explain." (The Tablet probably has more, but, again: crushed.) Why did Lehrer add that? What does he think it adds? A tiny look at possible Dylan peevishness? Seems like a lot of risk for such a small character revelation. Hell, if you're gonna make up quotes, why not go for the wow? "I just write them. There's no great message. Elvis sucks cocks in Hell."

On the other hand why, if there are punchier made-up quotes quoted in the Tablet piece, did AP use that one? I mean, "Stop asking me to explain" over "Elvis sucks cocks in Hell"? Are there no editors any more?

Update: Have just been informed that young writers do not lust for desks or elbow patches or such nonsense, but for other things, IYKWIMAITYD.

Update: I see others are spelling it "Eagan." Whatever.
Posted by Focko Smitherman at 7:49 AM No comments:

The Telegraph, probably not surprisingly, has better coverage than the Denver Post. Here's some eyewitness stuff. TV coverage is unwatchable, of course, but must-watch all the same.

Update II: The Telegraph's liveblog or whatever has this (last graf) at 7:32 MDT:

. . . We could hear screaming and chairs being broken around us so we just figured we would stay down. There were about 50 to 75 gun shots, we were playing dead for about 45 seconds or a minute.

Forty-five seconds or a minute. Is that all the time it took for this guy to kill 12 (originally reported as 14) people?

Update: Back up to 14, according to KOA radio.

Update IV: Back down to 12, according to KOA. Jaysus.
Posted by Focko Smitherman at 5:15 AM No comments: 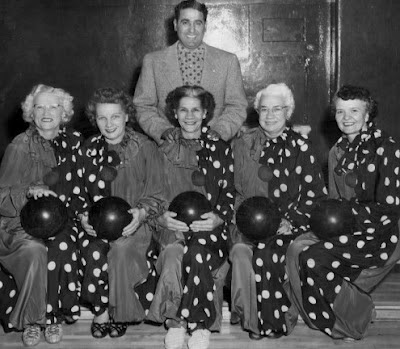 Oddly enough, we were there just this past Friday night, and as soon as we walked in we knew something was wrong. Maybe it was the bowling-ball-clutching half-clown-suited ladies hovering menacingly over every table, but there was definitely tension in the air.

Oh, the D-blog had the gnocchi. It was gummy. In fact, being an in-the-moment kind of guy, the D-blog made just that observation at the time: "This is gummy." Some genius, either the D-a-W or one of the D-blog's many easily replaceable sisters, replied, "I think it's supposed to be gummy."

The Post's story (teased on the front page at the moment) is by William Porter, Restaurant Critic, who grittily notes that a developer bought the place and plans to put up (evil squealing serial-killer music here) an apartment building on the site. But Porter notes the tender side of the Pagliacci's story as well, long before its kulak owners sold out to the man for some gold:


The Pagliacci’s story is a good one, ripe as a tomato with immigrant ambition, the American dream, and even a love story. It was founded in 1946 by [Frank] Grandinetti, a Sicilian produce vendor who six years earlier had met his future bride, Thelma Balzano. The family legend has it that one day when Thelma leaned out her window to chat with Frank, he tossed her an apple.

I heard he threw it at her, which logically is the only way such a boring incident could reach legendary status, and even then only if he left a significant dent in her head. Anyway, it's clear Mr. Porter is ripe as a tomato with writing talent and perhaps a love story. I will look out for his offerings in the future.

Update II: As several commenters at the Post note, Pagliacci's minestrone is super-excellent*.

*Sorry, it was either "super-excellent" or "to die for," so no contest there.
Posted by Focko Smitherman at 2:24 PM No comments:

Thanks.
Posted by Focko Smitherman at 10:10 AM No comments: 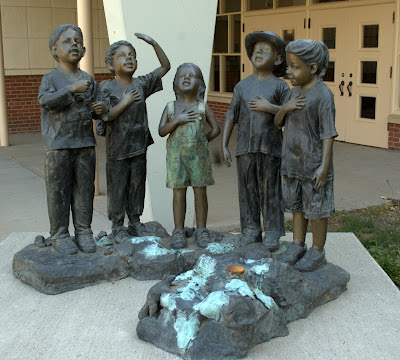 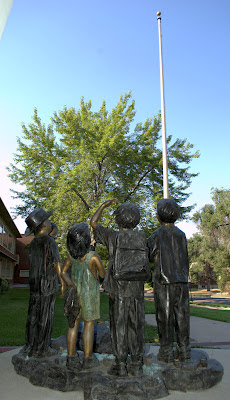 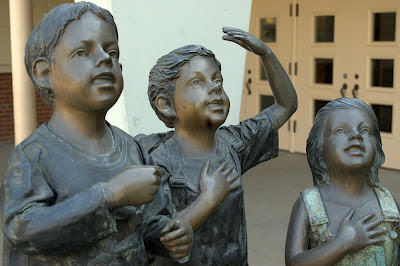 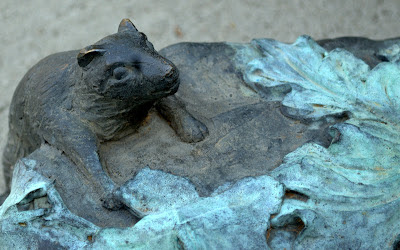 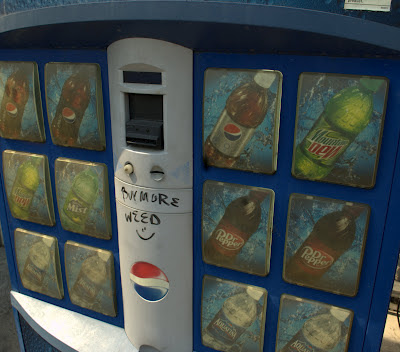 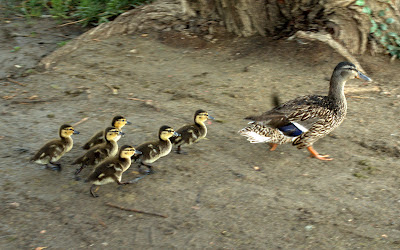 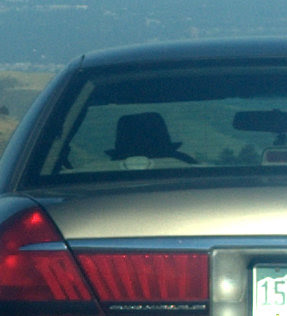 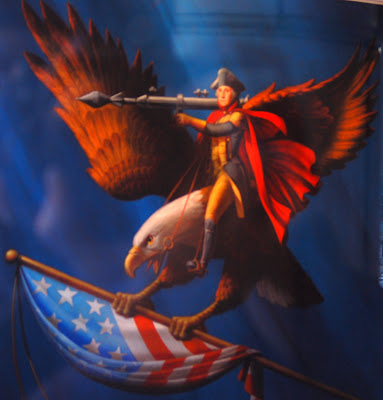 He's pissed, he's riding an eagle, and he's got a rocket launcher.
*As the D-blog noted in 2007, "Brown is 74 percent "Hispanic," seven percent "Pacific Islander," seven percent "American Indian or Alaska Native" and six and five percent respectively "White" and "Black." Wild."
Posted by Focko Smitherman at 12:16 PM No comments:

Post: "Guest commentary: Rides to a mental health clinic should be dependable."
Posted by Focko Smitherman at 6:45 AM No comments: