It was "No Political Prisoners" day for R-68, so that's what they were yakking and marching about. Snore. On the way to Civic Center Park to be bathed in verbal bilge, though, I passed a Falun Gong parade:

Yup. This about killed me because right then the band broke into "God Bless America." 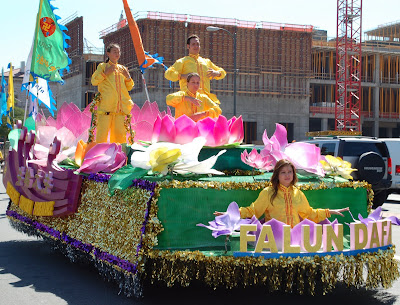 And a purty float. 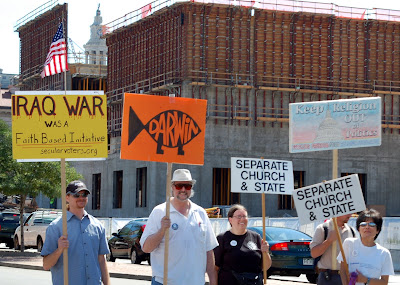 The usual church/state obsessives followed behind.

Now, back to our regularly scheduled scumbags. 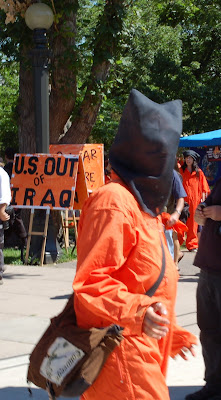 Look ma, I'm a prisoner at Gitmo! The hoods must have been hotter than hell. 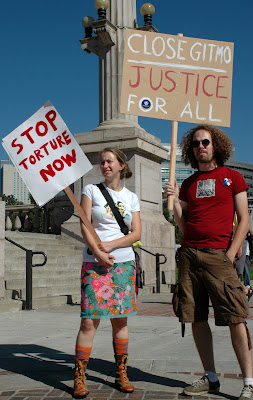 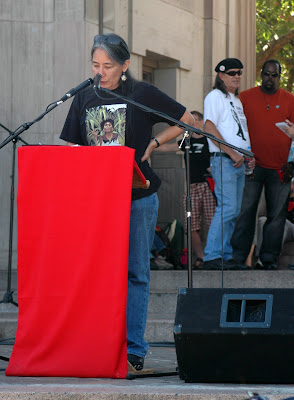 Ward Churchill's frau, Natsu Saito. She did the usual grievance-mongering. (You can see Wart in Che beret behind her.) 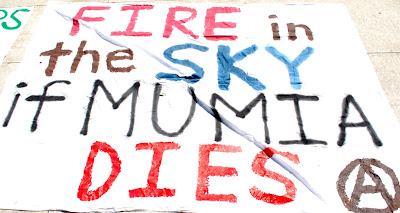 And not just in the sky, of course. 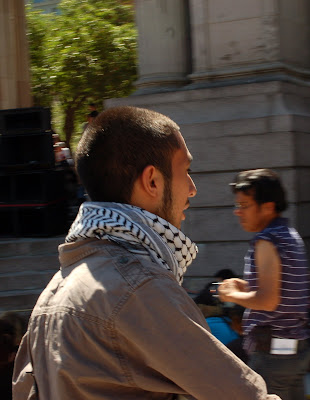 Kaffiyah watch!
As usual, there were rappers, too. Then, somehow, after the rally, we lost the march. Actually, I know how: the marchers went to the Federal Courthouse rather than to the Pepsi Center as we'd anticipated. Duh. There were only 100 people or so anyway (they are not getting the crowds).

While I was hunting for the Recreationists I ran across some Hillaryites: 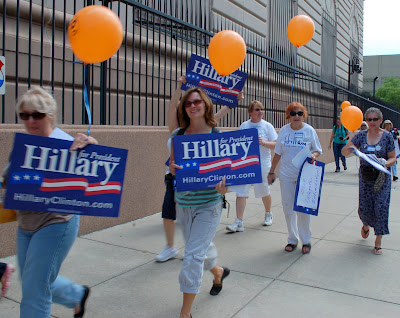 They are still very unhappy with Obama.

Posted by Focko Smitherman at 3:27 PM