Yeah, whatever. The lines were long: 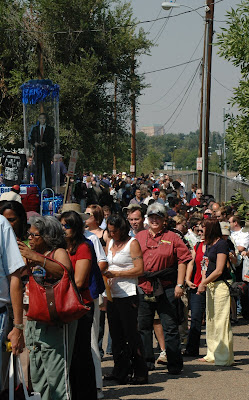 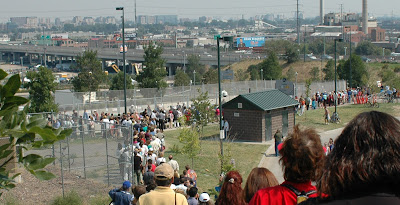 About an hour and 45 minutes from queueing to getting through the security tent. 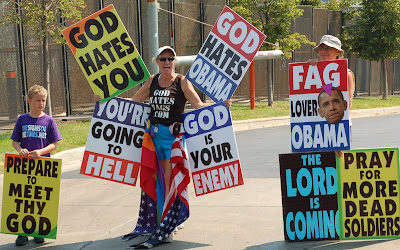 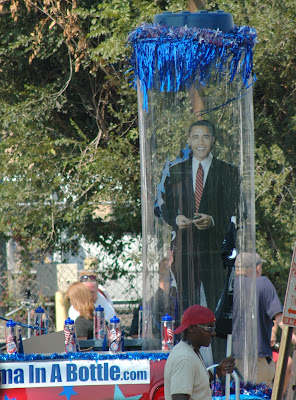 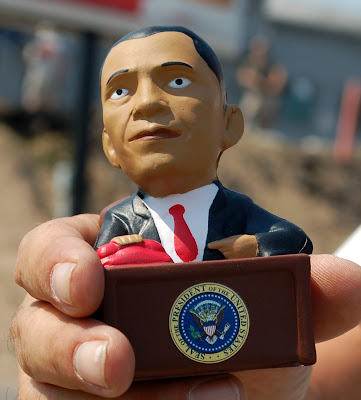 Notice the psychotic look in his eyes and his hand on the little red phone. 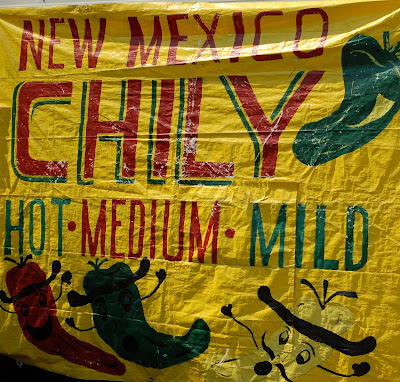 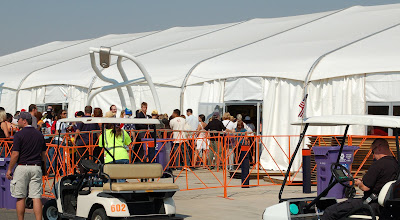 The security tent. As part of the greenest convention ever, it had a handgun-recycling bin near the entrance. 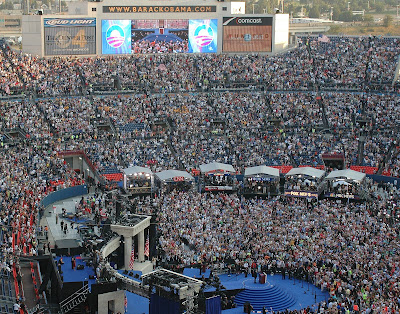 From our vantage point high in the northeast stands.

On the big screen:

Talentless hack Michael McDonald of the Doofie Brothers sings the worst fake-blues version of America The Beautiful I've ever heard. 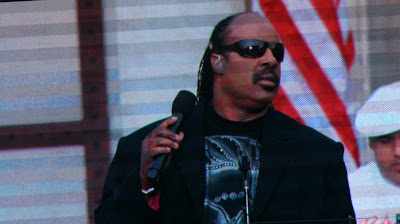 Years ago he was known as "Little" Stevie Wonder.

New Mexico Gov. Bill Richardson, looking like a hippie. Get a haircut, hippie! 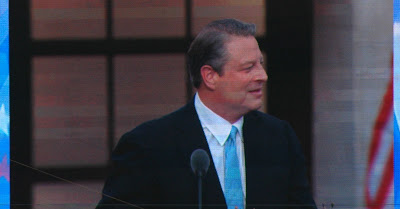 Didn't get any pics of Sheryl Crowe, speaking of talentless hacks. 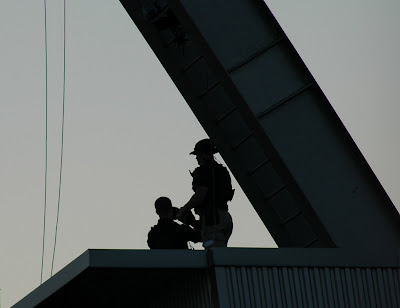 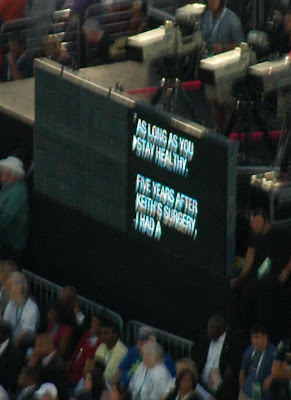 The teleprompter spun as "ordinary" Dems told their tales of woe. 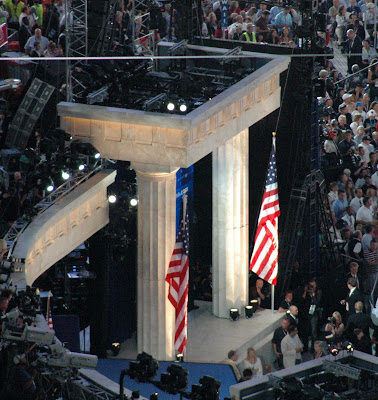 David Brooks: "We were thrilled by his speech in front of the Greek columns, which were conscientiously recycled from the concert, 'Yanni, Live at the Acropolis.'" 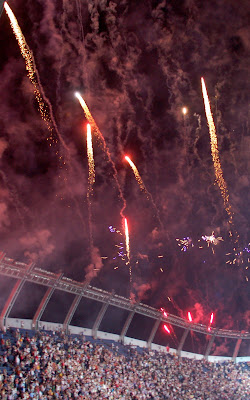 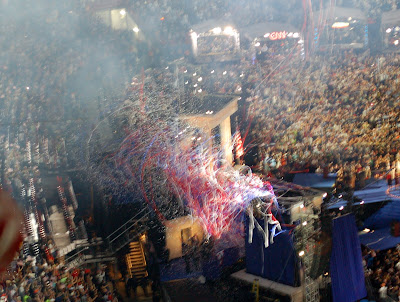 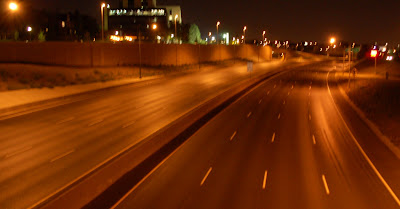 Nope, no pics of Barack or Slow Joe Biden or famblies. Everybody's seen a million of 'em.

Update: Zombie was taking pics, too. Looks like he/she got there later than we did, so her/his crowd pics are even more crowded than ours. It was definitely a mob scene.

Posted by Focko Smitherman at 1:10 PM