Obama to give acceptance speech from replica of Greek temple

Really. A teeny-tiny replica of a Greek temple:

The stage, similar to structures used for rock concerts, has been set up at the 50-yard-line, the midpoint of Invesco Field, the stadium where the Denver Broncos' National Football League team plays.

Some 80,000 supporters will see Obama apear from between plywood columns painted off-white, reminiscent of Washington's Capitol building or even the White House, to accept the party's nomination for president. 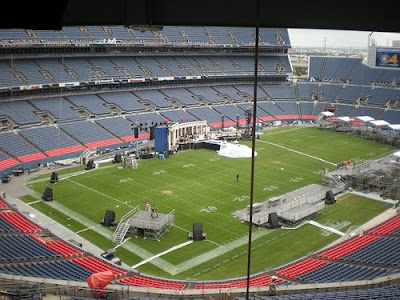 Posted by Focko Smitherman at 3:08 PM