Strange poll on the opinion page of the Post: "The mercury has already soared past 100 degrees in Denver five times this month. Do you think the heat is connected to anthropogenic (human-caused) climate change?"

They think they need to explain "anthropogenic." Anyhow, answers are:

The "no" answer is reasonably straight, but look at that "yes" answer. Such hostility. Amazing that the editor or reporter or flunky who thought it up managed to avoid, at least in the published version, the dread "D" word.
But it's the "Maybe" answer that's really weird. ."Not that I'm a doubter . . ." Blank eyes turn toward the doubter. The piteous screaming begins . . .
Somebody at the Post actually thought this poll up. And the Post printed it. Although to be fair, they do include a pic of a hot, sweaty chick to add pizzazz, like so:

Helps a little, huh?
Posted by Focko Smitherman at 1:26 PM No comments: 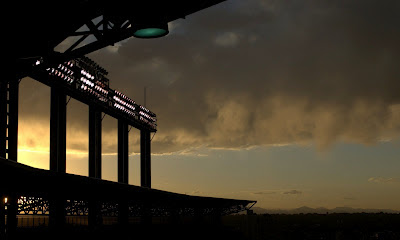 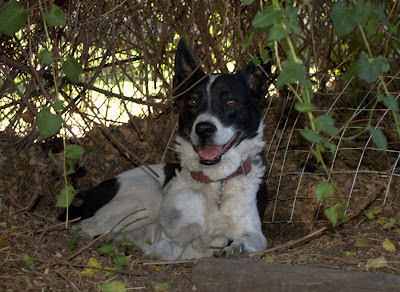 Some other dog actually dug it, but BB quickly took it over. It's perfect for him, nestled as it is in the deep shade of Silver Lace vines and commanding a view of most of the backyard, three backyard gates and the whole south side of the house.
Not that BB ever moves if he detects a disturbance, of course. He just, you know, notes it and goes back to sleep.
About the appellation "Dying Hole." The D-a-W, unfortunately, has this thing she does where she points out far too often that a) Billy Bob is olddddddd; and b) he will probably croak in the not-altogether-unforeseeable furture. Her latest way of reminding me of this is to call BB's hole the Dying Hole, a term she got from the animated movie Madagascar 2: Something, something, in which hypochondriac giraffes use the term for where they go to croak.
I'll quit now.
Posted by Focko Smitherman at 8:50 AM No comments:

"Your new erection will have all the lads . . ."
No way I was going to open it to find out what effect this fresh-as-a-daisy boner would have on the "lads," so you'll just have to take your dark imaginings from the, uh, header.
Posted by Focko Smitherman at 6:43 AM No comments: 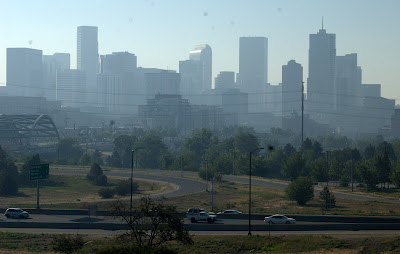 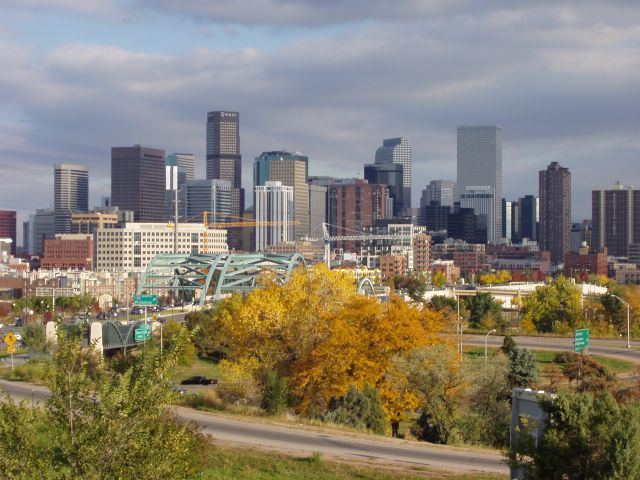 Damn me if I know why the pic is so huge, or how to (de? un? dis?) embiggen it.
Posted by Focko Smitherman at 5:22 PM No comments:

For some reason Ward Churchill decided that right about now would be a good time to reply to a two-and-a-half-year old article on his case by Ellen Schrecker, "Ward Churchill at the Dalton Trumbo Fountain," that appeared in the inaugural (2010) volume of the AAUP Journal of Academic Freedom (Ward's reply is in volume three (2012) of the same journal).
In her article (which PB mocked at the time) Schrecker, a member of the all-powerful Committee A on Academic Freedom and Tenure of the American Association of University Professors (AAUP), actually does criticize Churchill, a little, but ultimately excuses him with a boys-will-be-boys flippancy: "Churchill did not have to be dismissed. Plagiarists and charlatans remain on other faculties."
Yes, yes they do. Anyway, you know Churchill wasn't gonna let that go by, whether she concluded that his case was "tainted from the start" or not. But why it took him so long to respond I don't know, unless he was saving the piece for the Colorado Supreme Court, which heard oral arguments in his case Thursday and allegedly will render an opinion within (God) several months. Getting them to add this rebuttal to their post-orals reading would be quite the feather in Wart's cap, so to speak, wouldn't it?
The piece is crap, of course, with a few nuggets sprinkled in. In the first four pages, for example, Wart calls the Denver Post "openly reactionary;" implies Schrecker is a McCarthyite; and flatly says that she's a race-baiter.
Actually only about half the piece is a direct attack on Schrecker; most of the rest is an attack on the national AAUP, which has repeatedly failed to officially support Ward at critical points in his travails over the last few years. It's pretty funny, because Ward is right: the AAUP pussied out on him, and has generally pussied out in dealing with radical academics from its start.
Doesn't make Ward any less of a liar and a cheat, of course.
Posted by Focko Smitherman at 7:36 AM No comments:

Temporarily, I guess, while threatening to let the Ace of Spades blog "go dark" because of some persistently wedgeheadish commenters.
Don't really think that'll happen, at least, because Ace also says, "registration is coming," perhaps as early as Monday.
Short of actually nuking the blog, commenter registration is probably the worst thing that could happen. For one thing, wouldn't it kill sockpuppeting, the near art form practiced by some of the commenters over there?
Worse, it would kill the whole freewheeling, spontaneous nature of AoS threads, in which commenters strive to either top or build on one another toward the same goal: teh funneh (or, alternatively, teh serioso).
This is bad. And it's just another hunk of fallout from the brouhaha with the guy who, I now firmly believe, did not set off bombs in Speedway, Indiana. (Courage!)
What a fucking mess.
Update: Shadow comments site here.
Posted by Focko Smitherman at 5:48 AM No comments:

We are all bad men

There's a guy who comments frequently at Althouse whose icon is Billy Mumy pointing angrily. 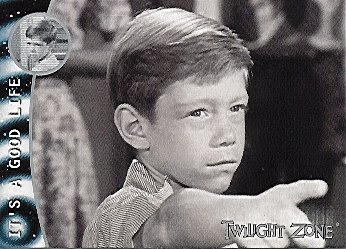 Thusly.
Finally bothered to track it down, and yep, it's a still from Billy's turn as the malevolent little kid with God-like powers (and the family who loves him) in the 1961 Twilight Zone episode, "It's a Good Life."
You've probably seen it, or know the story, but here's six-plus minutes of highlights anyway.

Still pretty creepy.
Inevitably I ended up at the wiki for the episode. Interesting, he averred weakly, especially the paragraph about the 2008 theatrical adaptation of the original short story, which notes that the play included some new scenes, in one of which

Anthony's [the mean widdle god's] mother apologizes [to a neighbor and his boy] for "what happened to your dog." The boy responds, "Yes, it was good that Anthony made Jasper choke to death eating his own paws."

Now that's playwritin'! Suck it, Serling! After that, the paragraph can only end lamely:

Also, Dan Hollis kills himself with shards of his birthday record rather than Anthony transforming him into something awful.

Zzzzzzzzz.
Posted by Focko Smitherman at 3:28 PM No comments:

Westword's Michael Roberts recounts the arguments the state Supreme Court will be hearing today in the Ward Churchill case--as told to him, of course, by Wart's lawyer, David Lane. Once again Roberts doesn't bother to ask CU if they might have a comment or two, either on the case itself or Lane's spin on same.
Roberts says the hearing "is slated to last an hour, with a ruling expected to following [sic] several months from now." Sheeeeeit. I'm going to be older than Wart before this is over.
Update: Piece in the Gamera on the hearing. David Lane mouths the p's as usual:

The attorney for Ward Churchill told the Colorado Supreme Court this afternoon that the University of Colorado conducted a sham investigation to retaliate against the former professor for his controversial post-9/11 essay that compared some World Trade Center victims to a notorious Nazi.

Which Nazi was that, anyway? Been so long I kinda forgot. Oh, sorry, David Lane:

"First and foremost, is that if free speech cannot find a safe haven on a university campus, this society, in general, is in decline," attorney David Lane told the court during a one-hour hearing at the Colorado Capitol.

The D-blog is probably just ignorant (remove risible "probably"), but why one hour? Why not one day? A week? A month (like Wart's trial)? No doubt both sides could fill the time.
Anyhow, CU attorney Patrick O'Rourke, answering Lane, was a little more substantive:

But CU attorney Patrick O'Rourke said the university was well within its rights to fire Churchill."If you approach this case from a First Amendment standpoint, the university wins," O'Rourke said. "Here's why: It's absolutely clear under federal law that a governmental entity may discharge an employee for otherwise protected speech when then employee's conduct is disruptive to the operation of the entity.

Did CU take much more than a tiny stab at this argument during the trial? Don't think so. Weird.

Lane responded by saying that while the university fielded several angry complaints from citizens outraged by Churchill's speech, his employment didn't cause a disruption. He said that CU's firing of Churchill was to appease those angry about Churchill's essay, which was protected by the First Amendment.
"It was a torch light parade -- a march by angry citizens -- to Regent Hall all but armed with pitchforks, demanding that the monster, Ward Churchill, be turned over for immediate destruction," Lane said.

Perfectly accurate, except for the torches, the march, the pitchforks, and the "immediate destruction" (sigh).

Supreme Court Justice Greg Hobbs posed questions for both attorneys, asking O'Rourke whether a Vietnam-era professor who burned an American flag in protest of the war should be fired for upsetting others and causing outrage.
He asked Lane why CU should be forced to rehire Churchill if investigations found academic fraud in his work.

And our no doubt delightful reporter, Brittany Anas, doesn't tell us what either one answered. She does note that "Churchill dodged questions from reporters, saying that he'll comment on his appeal after the Supreme Court issues a ruling in the coming months." . . .
There's that word again: Months. Anas has more, but screw it. But be sure to watch the video at the top of the story of Chutch leaving the courtroom. How does one single person exude (yes, exude) so much sheer charisma?
*Retarded preposition replaced by correct one due to the cruel taunting of the Participle Police.
Posted by Focko Smitherman at 11:45 AM No comments:

Fox (radio) just said that the Wisconsin vote today will determine whether Scott Walker is the first governor to survive a recall that actually made it to the ballot. I did not know that.
Posted by Focko Smitherman at 9:01 AM No comments: