Rastus Schaubhut, who in a recent e-mail describes the D-blog as "Intimate like a god of loveho." Actually the D-blog is just assuming Rastus is describing the D-blog, for the D-blog has not opened Rastus's missive, and never will. But who else could he be describing? Oh, yeah.
Posted by Focko Smitherman at 12:18 PM No comments:

A Pueblo landlord was sentenced to four years in state prison for hiring homeless people to remove asbestos from the condemned multi-family home he was demolishing .

Thomas K. Tienda, 49, was convicted on eight felonies in the case prosecuted by the Colorado Attorney General's Office. . . .

"Sheer greed drove Tienda to cut costs at the expense of the public and jeopardized the health of vulnerable members of our society, the homeless," said Colorado Attorney General John Suthers said [sic] in a statement Friday. "A four-year prison sentence is appropriate and proves that this type of unscrupulous behavior will not go unpunished."

Kind of evil, huh? But I can empathize. As a landlord, you quickly become willing to do almost anything to avoid spending money. It's part of the code. But sometimes, yes, that kind of money-saving zeal can lead a 'lord (that's what we call ourselves, "''lords") to cut corners a leetle too much.

Shew. Lot of wasted effort on that one, and now I'm way too tired to denounce myself. Maybe tomorrow.

Posted by Focko Smitherman at 5:14 PM No comments:

KOA is reporting the hot news that the "Theater Killer" or whatever they call him has been evicted from his Aurora apartment. As a landlord, yeah, quite possibly that would be the last straw for me, too. Only difference is it would take longer to evict him in Denver.

Haven't mentioned it for a while, but (and I say this with all due modesty), my tenants love me: 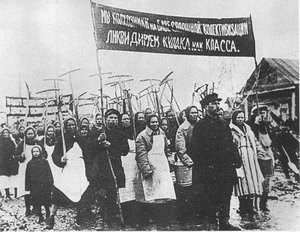 They really do.
Posted by Focko Smitherman at 1:46 PM No comments:

One demerit for failure to use the phrase "surgical precision"

GUNNISON — Recent livestock mutilations have Gunnison area ranchers shaken and on the alert for more strange attacks on cattle and horses.

In recent weeks, a horse was shot and had its head skinned at the LeValley Ranch property, which is part of the Esty Ranch holdings about eight miles east of Gunnison. The horse also had its tongue and anus removed.

Less than two months ago, a prize heifer in the same heavily traveled area just off of Colorado 50 and Colorado 114 had its tongues [sic], lips and anus removed.

There's that anus again. And now lips along with the tongue(s). Sounds like they're making some kind of sick crazy sex aid, chief. Or maybe finishing out a cow-suit. It rubs the udder balm on its skin, or else something something . . .

"To me it looks like a ritualistic issue. Either that, or they are high on drugs. There is just no logical explanation for it," said Esty Ranch owner Mike Clarke. . . .

The four mutilations [in recent months] have prompted the Gunnison County Stockgrowers Association to offer a $500 reward [cheap!] for any information that will lead to a conviction. The Colorado State Patrol has also been alerted to watch for strange activities in that area. The Gunnison County Sheriff's Office, the agency investigating the mutilations, did not return phone calls asking for comment. . . .

The recent mutilations have similarities to mutilations that occurred in the 1960s in neighboring Saguache County. The most famous incident was reported in 1967 when a horse that became known as Snippy [Post link] had its head and neck skinned. Like [sic] in the most recent cases, there was no blood at the scene or tracks. The mutilations were never solved. . . .

Can't believe I'd never heard of Smiley, uh, Snippy, before.

Clarke said if there is another incident he expects "the ranching community will really be up in arms." . . .

She stands quietly at the back of an empty room inside Dell's Insurance Agency just off the main street. She is little more than bones and big shiny teeth. And she is at the center of a controversy involving an eBay auction, lawyers and ownership rights.

Here you might ask the obvious question: What the heck is Nicole Richie doing in a vacant room in an insurance office in a small Colorado potato town?

Of course, it isn't really Nicole Richie (who?) in that cursed Colorado Potato Town (sort of demands caps, doesn't it?) but Snippy! the Peeled-headed Horse! Read on your own time.
Posted by Focko Smitherman at 5:55 PM No comments:

And it's alllllllllllll (beat) in the Post! Actually it's in the Gamera, but the Post reprinted it and I wanted to get that old jingle in. Headline: "Boulder scientists: Earth observing more carbon each decade." There's a whole lot of stupid here, but this is the best graf:

Of carbon. In the atmosphere. Question: Who' s doing the conflating of carbon and carbon dioxide here, science-y sort Ashley Ballantyne or reportress Laura Snider? If it's Ballantyne, we don't need to ask, but if it's Snider, we probably do: is the conflation deliberate or just ignorant?

Oh, the study appears in Nature. Too sad for snark.

Update: Of course, A. Watts had it a while ago, and reprinted the whole CU press release, in which the authors use "carbon" and "CO2" and "carbon dioxide" interchangeably. They also appear to be fully paid-up warmists. Can't wait to read the comments.
Posted by Focko Smitherman at 8:34 PM No comments: