No doubt you've all been wondering: When, oh, when, will Drunkawife have a post about the Stink Bird? Well, today's the day! 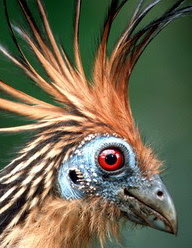 The Hoatzin, commonly known as the Stink Bird.

The Stink Bird has its beautiful moments. 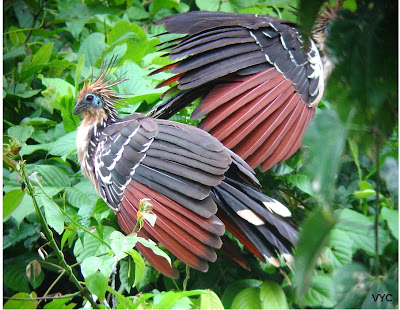 It gets its nickname from the fact that it smells like poo. A rather effective way, apparently, of keeping predators (including humans) away.

The Hoatzin chick features a rare anatomical feature — two claws on each budding wing which help it grip branches and clamber about awkwardly. This feature has been compared to Archaeopteryx, the fossil proto-bird, and lends an antediluvian background to what is already a really weird bird. 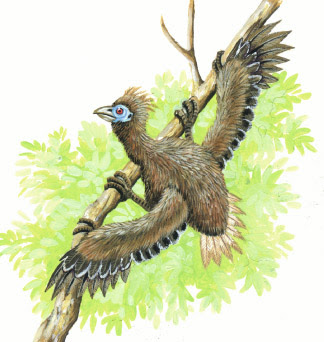 Posted by Focko Smitherman at 7:51 AM