Sorry. The D-a-W somehow inveigled me into standing in line with her at Wal-Mart, waiting with all the other freaks until midnight when the seventh and last book in the Harry Potter series went on sale.

I've read none of the books and seen, I think, only the first movie. Didn't much like it. 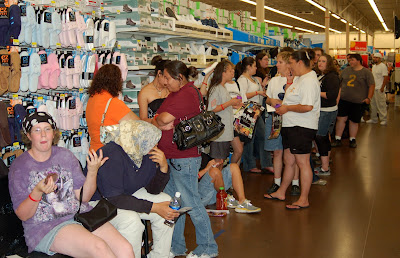 Much nearer midnight there were probably a couple-three hundred behind them: 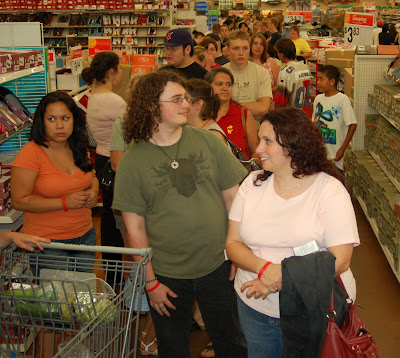 We were entertained by our host, poor kid: 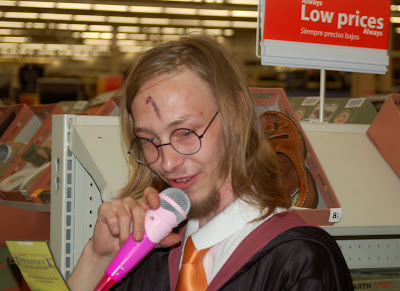 He asked trivia questions through a Mister Microphone and a boombox. I asked the D-a-W what the mark smeared on his forehead meant. "I don't know," she said. "I think it's blood." 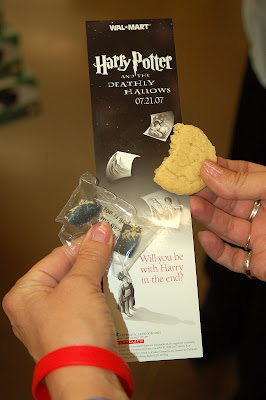 Blood or not, there was booty to be collected (from left): wrist band signifying what "House" one is in; bookmark with prominent "Wal-Mart" logo; earplugs (D-a-W--"I have NO idea what those are for"); cookie.
And more booty: 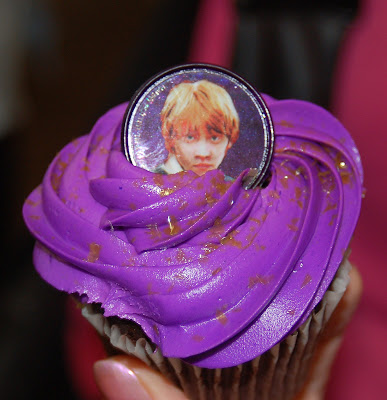 Cupcake with ring embedded in it. The D-a-W says this is Ron Weasely (sp?), to whom she is now married. 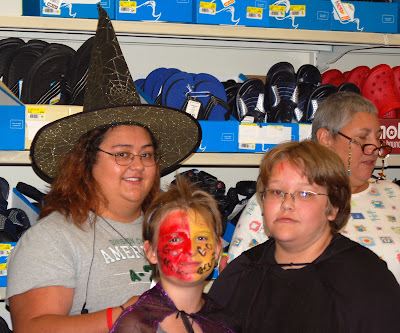 Not many in costume. Kid on the right was hyped. 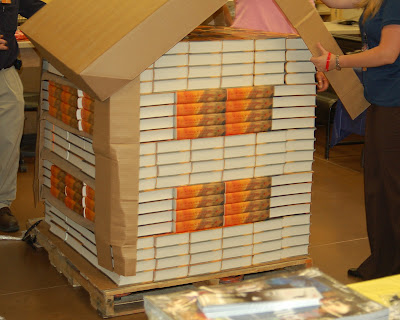 No tramplings, no blood-lettings (except maybe from our host). All in all, quite tranquil.

Update: The D-a-W would like me to note that she has read all the Harry Potter books thus far in Spanish, so she's not really a freak. She's just practicing her Spanish. I heartily endorse and support this claim.

Update II: Damn, why didn't we go to the Tattered Cover?
Posted by Focko Smitherman at 1:14 AM