Took a slight Fourth of July hike in the mountains this morning and took pictures of stuff: 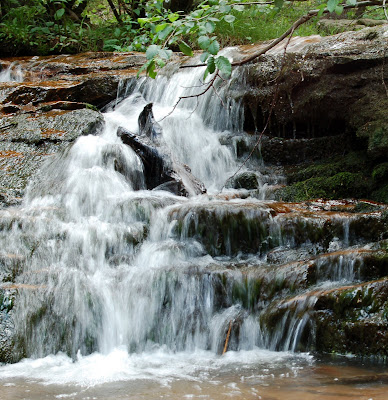 Waterfall. Count up three levels of rock from the pool and you can just barely see Susan standing in the dark under the overhang. 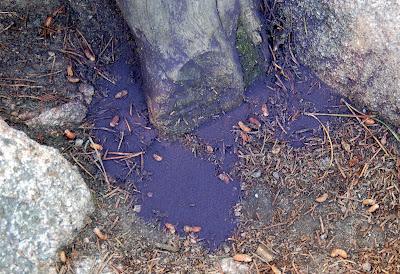 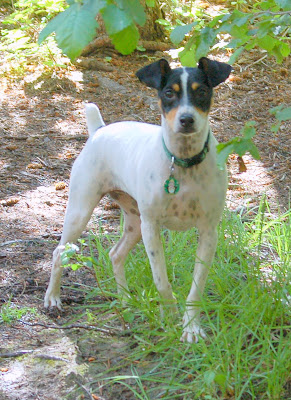 Josie after eating some orange mushrooms. 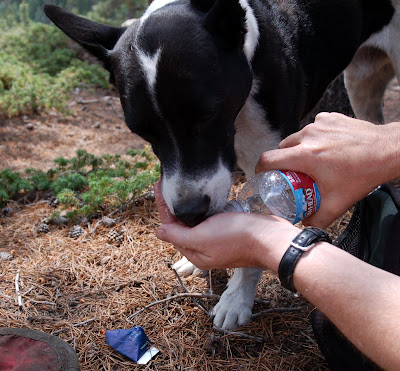 Billy Bob having a li'l drinkie. 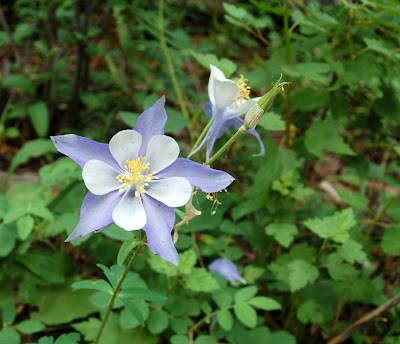 Update: If you still haven't spotted Susan at the waterfall, it's probably because she's not there, and the waterfall is actually only about three feet high. 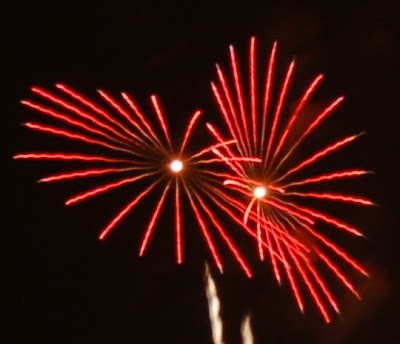 Posted by Focko Smitherman at 5:20 PM