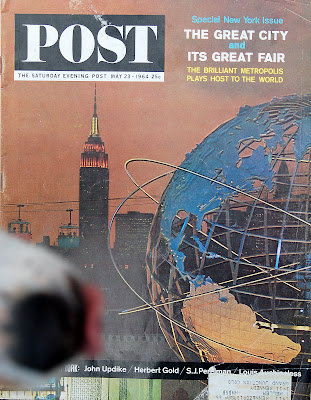 It's Josie's nose!
Boy, this issue's straight out of Lileks Country, so forgive me if I "unconsciously" "borrow" some of his lines. The whole issue is a giant plug for the 1964 World's Far. Yes, Far. No, I don't know why they called it that. Let's get the ad out of the way: 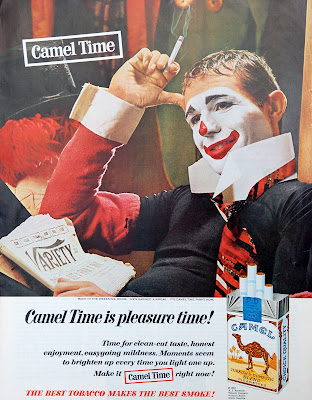 Do not be alarmed: the clown is dead. He smoked Camel non-filters. 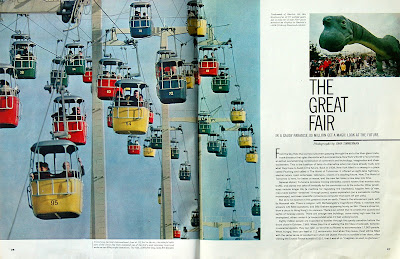 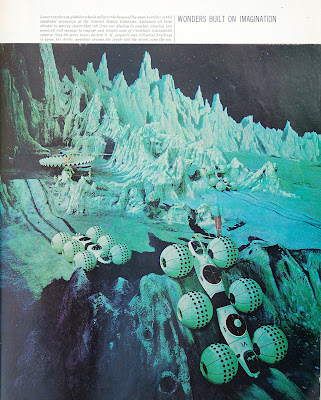 Amazingly accurate artist's conception of lunar rovers on their "globular wheels," at the General Motors Futurama.

Friday! Time for another edition of I Was a Communist for the F.B.Iiiiyah. Tonight's episode, the clumsily titled "Courter of Disaster!" (7/22/53). [Update: Bill Conrad reprises his uncredited role as "Comrade Revchenko," Matt Cvetic's cell leader.] 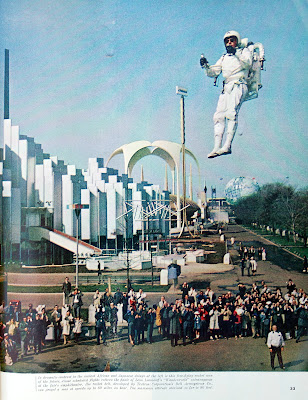 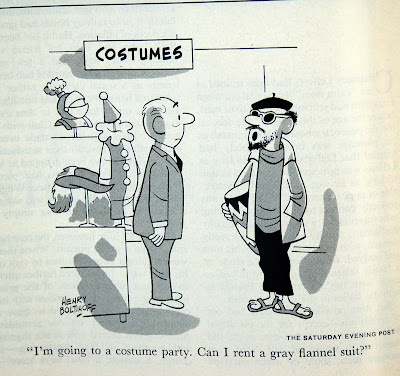 Dig that crazy bongo.
Posted by Focko Smitherman at 6:04 PM