DENVER - Sen. John Kerry (D-Massachusetts) reopened the door to a possible 2008 presidential campaign during a book signing in Denver and then again, in an interview with 9NEWS.

(via Drudge, who doesn't need the link)

Update: I've lost my will to live: "Kerry, wife call for eco-action"--in a new, resource-consuming book:

Sen. John Kerry and his wife, Teresa Heinz Kerry, told a crowd Sunday at a downtown Denver bookstore to take steps in their own lives to clean up the environment and diminish the effects of climate change.

How many houses do the Heinzs own, again? Five? Seven? One of them in France? How many miles do they travel every year by atmosphere-destroying aeroplanes? Bloody eco-warriors.

The couple were speaking before about 250 people at the LoDo Tattered Cover on Sunday to promote their new book, "This Moment on Earth." The speech and book-signing kicked off the LoDo Earth Action Festival, a series of environmentally conscious events leading up to Earth Day on Sunday.

Lodo. Earth. Action. Festival. LEAF! I'm getting paranoid. By the way, has everyone got their new Earth Day hat yet? I hear the beret is making a comeback.

"This book is a celebration of possibilities, not a doomsday book," Kerry, the Democratic presidential candidate in 2004, said. "It says we can win. We can make these changes."

Just what the times demand: an optimistic eco-disaster book.

In short speeches Sunday about their book, the couple tackled a wide array of environmental topics, from energy efficiency to pollution to toxins in everyday substances, such as shampoo and cosmetics. Kerry said individuals must take small steps - such a changing the light bulbs in their homes [sic]- to help the environment, as well as support eco-friendly businesses and technology. He promised to push Congress to pass legislation to protect the environment and arrest global warming.

Why, if everybody in the country just took these small steps, we'd eliminate as much CO2, almost, as JK & THK emitted on their 10-city book tour.

Heinz Kerry encouraged audience members to be vigilant about the products in their lives that may do them harm and to demand that companies produce safer products.

"What we must not buy is the argument that a tiny, little, inactive ingredient, a tiny, little particle, has no impact," Heinz Kerry said. "That's hogwash."

Hogwash being, of course, a toxic chemical that contributes to environmental degradation.

Though the couple addressed a crowd largely friendly to them and their message, they mostly steered clear of politics [sic]. At one point, though, Kerry addressed the Iraq war, calling it a "disastrous foreign policy choice."

When one woman shouted out that Kerry, D-Mass., should run for president again, he danced playfully [sic] around the issue.

"This book - you see how I'm ignoring that? - is our effort to sort of lay the marker down on where we stand," he responded.

Tom Cimino, a Boulder resident, asked Kerry whom he supports among the current group of presidential candidates. Kerry said, "a Democrat," then said he would wait to see who best embraces environmental issues in the campaign before deciding on his support.

"I want to get more actively involved in what's going on in the country," Cimino said, explaining his interest in the event. "And a lot of things, I just can't flat-out understand. I can't understand why we can't build a decent fuel-efficient car in this country."

Or a good five-cent cigar.

Denver resident Annie Li said the event was a "shot in the arm" for her.

"I loved it," she said. "I was moved by it. It helped rebuild some of my hope and my encouragement."

Update II: The Boston Globe on the legendary couple's meet-Green:

In retrospect, Kerry said, it's no accident that they would write about the environment.

They first met on Earth Day 1990 at a rally in Washington, when John Heinz was a Senate colleague of Kerry's, representing Pennsylvania.

Kerry and Heinz Kerry reconnected two years later at the 1992 Earth Summit in Rio de Janeiro; Kerry was divorced and Heinz Kerry had lost her husband in an airplane crash a year earlier.

He may look like Lurch, but he knows where the chicks hang out. 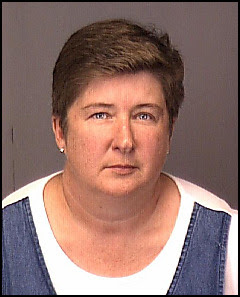 Update III: Shockingly, I couldn't find a review of This Moment Somewhere or Other in a real newspaper, so here's one from a Daily Kos diarrheaist.

Update IV: That's no Uriah Williams! It's a woman! Nancy Jean Jewett. They just ran the wrong pic with the story. It's still wrong in the original, too, but the Post says Jewett was arrested yesterday for an attempted arson in which she tried to kill four members of her own family. That's even worse than pulverizing your girlfriend's Betta fish.
Posted by Focko Smitherman at 7:43 PM