Not just for moonbats

We drove up to Boulder to see Richard Thompson and band at the Chautauqua Auditorium last night. Nice evening. The Chautauqua grounds were well-groomed as ever: 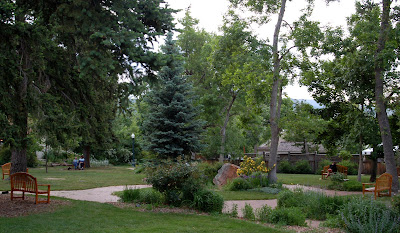 Sylvan, what? Don't believe I've ever linked to anything on the Chautauqua Movement. 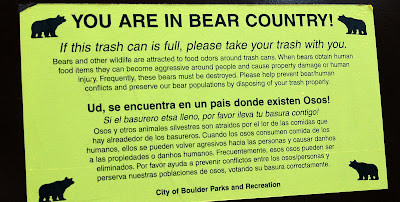 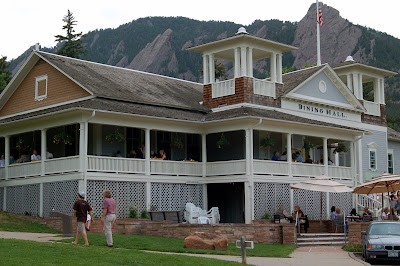 Most people just eat in the restaurant.

We had a picnic. Well, a giant sub from Safeway. And thou. That's the auditorium in the background. A big 100-year-old barn.

Outside, a duo named Slim 'n' Mitosis or something sang sweet harmonies of angst. 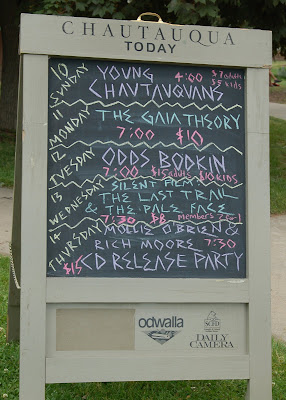 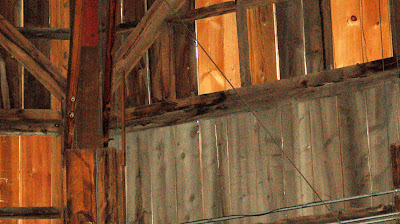 From inside the auditorium. You can see light through the cracks in the walls.

No picture-taking allowed while artistes are on stage (just like Ward Churchill!), so before the show started I got a pic of a few of the instruments sideman Pete Zorn plays: 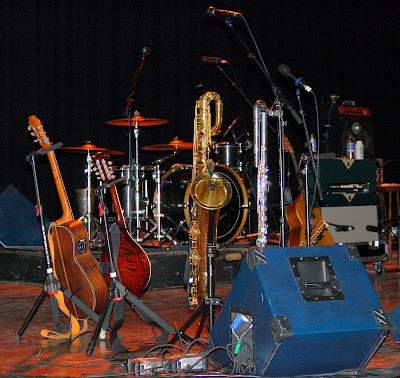 Two acoustic guitars, mandolin, baritone sax, baritone flute (not shown: electric guitar, plain old flute, tenor sax and sopranino sax, which the D-a-W had to tell me what it was 'cause I'd never seen one before). Zorn also did all the backing vocals.

Dickie said this was the 47th time he'd played Chautauqua, and as usual he tore the place down, rebuilt it, tore it down again, burned the scrap, salvaged the metal and sold it to the junk man for a tidy sum. He played a lot from his new album, including the "pro anti-war song" "'Dad's Gonna Kill Me." I'm pretty much a slavering warmonger (on my mother's side) but that's a hard-rocking tune (scroll down for video of Dickie doing an acoustic version).

Update: Okay, I did sneak an incredibly bad flashless picture: 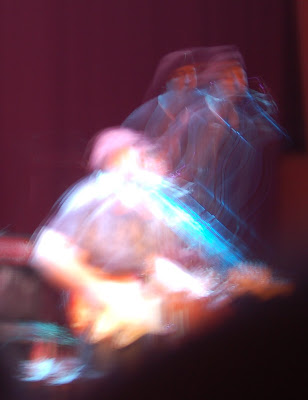 You try holding steady for a two-second exposure. I did pretty well, except apparently for a mighty twitch at the end. That's Dickie and the twins, Astral Dickie and Astral Dickie II.
Posted by Focko Smitherman at 3:23 PM