Summer fun in the Democrat sun

The Drunkablog ventured down to the Pepsi Center today to witness Dem National Committee Chairpersyn Howard Dean's appearance at a "one-year-out" rally, marking one year until the Democrats nominate the "next president" here in this busty old canktown.

Some pics of the excitement: 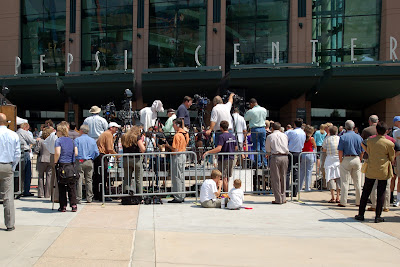 Foreground space for white-ticket holders (rabble) filled before rally began; inside the barriers were press and cameras and VIP Dems of various sorts. Entrance required a red ticket.

Unfortunately, the Drunkablog had no ticket, of any color. Luckily, he can still spot the open lane: 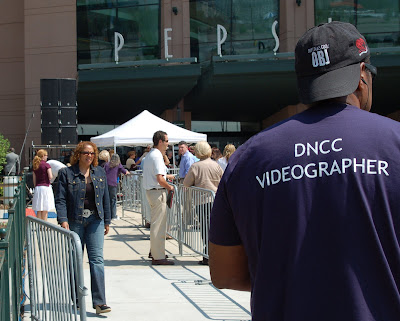 And suddenly he was on the other side of the barrier. Hi, ma: 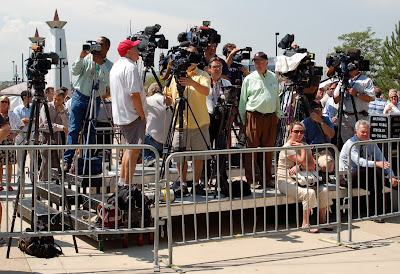 See the guy farthest left on the platform? Wonder what he's looking at? Probably just checking out people's campaign buttons. 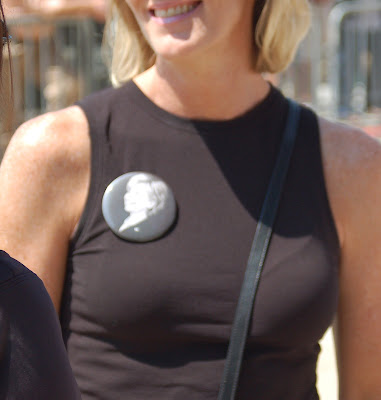 The DNC had videographers interviewing "youth" and "activists" and "old people" and "struggling families" all over the place: 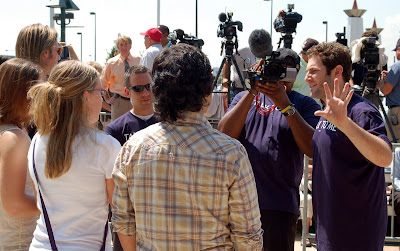 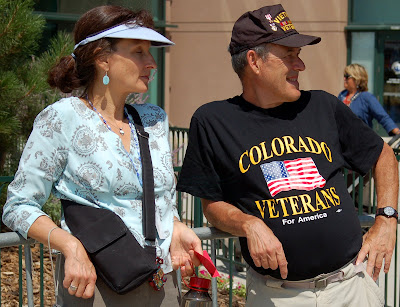 Men in touch with their manliness: 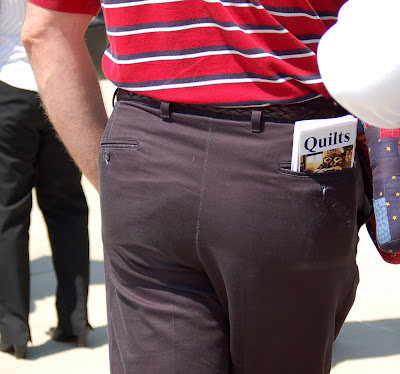 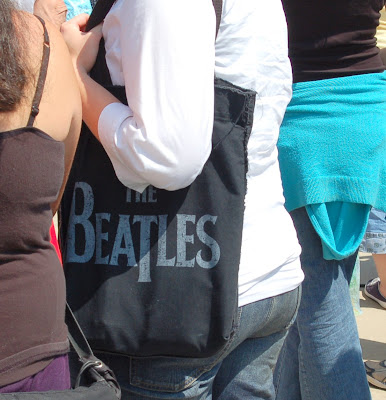 Of course, before the pols we had to endure opening acts. This singing duo (I didn't catch their names) was from the Labyrinth Art Academy (reaching out to underserved Youth): 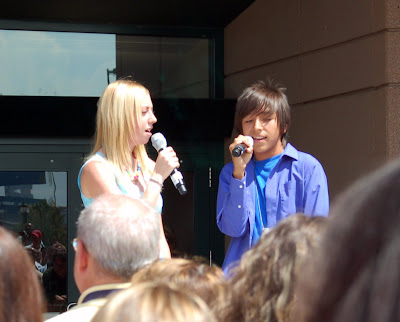 They sang the Mar-stankled Banger (c+), some putrid ditty called Umbrella--"ella ella, a, a, a" (f), and America the Beautiful (b-). They had, I think somebody said, recently participated in a play about homelessness.

Okay, the dudes, introduced by the Stones' should-be-taken-out-and-shot Start Me Up: 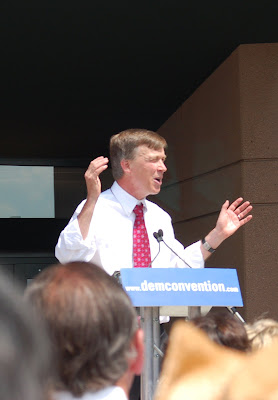 Denver Mayor John Hickenlooper: the Dems will have "the greenest and most inclusive convention in history." Democrats are "pro-business, pro-environment" (Recreate68! will probably disband in happiness after hearing that). 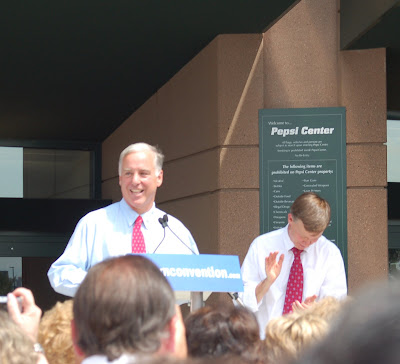 Yeeearr--oh, can it, dipshit. If Hick's tie is red, what color is Dean's? That's right: pink.

Saying that "any Democrat is better than any Republican running," Dean outlined what he called clear differences between the parties.

Dean also criticized Republicans for a "culture of corruption," alluding to ethical scandals that plagued national Republican lawmakers in the months before the 2006 elections.

I thought since the Dems took Congress it was ix-nay on the orruption-kay, but Dean used the phrase several times. One more:

With "minor differences" among them, Dean added, though the Rocky didn't.

So there you go. Oh, El Presidente of Slapstick Politics was there too, though back among the rabble. But he got the three amigos on vid so you can hear and see them almost as if--you. were. there. EP also, as we left, made an astute comment on my unenthusiastic response to the rally: "At least nobody called you a pedophile."

I'll take it.
Posted by Focko Smitherman at 7:19 PM