Did I ever pick the wrong week to quit sniffing glue (it's okay, I started again). While cross-posting here during my absence, EP of Slapstick Politics reported all kinds of classic Churchillian (and Little Churchillian) buffoonery and self-embarrassment, totally outdoing the Drunkablog in even his (leave us admit, long-gone) best days, being linked by Michelle Malkin, and sparking popular demand for the D-blog's retirement and even (by some wags) execution.

But I'm okay with that. In fact, Jesus H. Christ in a chi--oh, nobody's saying that anymore?--what a great week for Ward Churchill mockers. First, Churchill's debut as a teacher on a level with a Colorado Free University snowboarding instructor, the barring of and "scuffle" with the Daily Camera folks at the first "class," CU instructor Benjie Whitmer's primate-like involvement in and blatant lies about same--I'm in heaven (heaven, heaven)!

And then the Columbus Day Parade protest. What a bust. I was wrong about the likelihood of violence and glad of it, but after all the vague yet militant threats made for the 100th anniversary of the holiday, what momentum can this petulant little girl of a protest maintain? Glenn Morris apparently "worked with" the cops again. Churchill wasn't even there. But watch how Morris, Benjie and the rest of the DBAB preen and strut their little obstruction tickets (Benjie was arrested with the others, wasn't he?)

More about all this folderol later. Let's have some nearly contextless pictures! 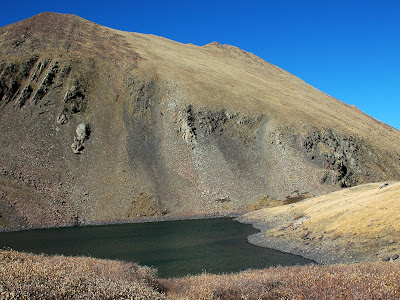 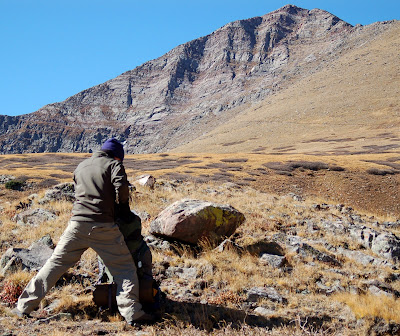 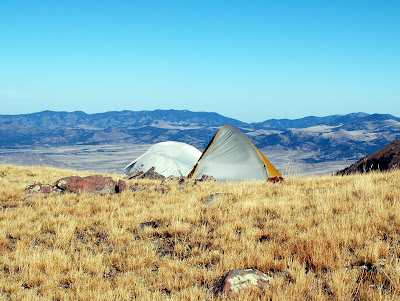 It was a tents situation. (Photo by the moderately deranged Mr. B.) 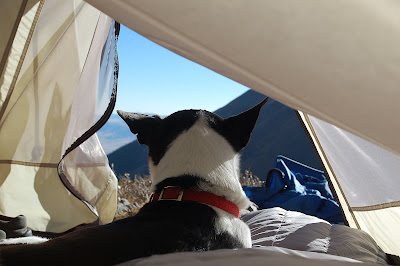 Traditional Drunkablog inside-the-tent shot, this time with Billy Bob, who was not crazy about being so high up with the coyotes and the bears and the 40-mph winds snapping the cold-stiffened nylon like a thousand bullwhips.

Anyway, thanks again to El Presidente, who kicked buttsky. Luckily for the Drunkablog, EP sets such a high standard it's easy to avoid aspiring to it.

Update: Wow, Benjie's gone a little nuts over at Try-Works (no link)--he claims, in a post charmingly titled "Fucking brutal, fucking pigs," that a Columbus Day protester was beaten by the cops:

Everyone’s out of jail. I just spoke to one of the American Indian men who participated in the final protest. When they locked down, the police rushed in and immediately started a beat-down. One of the female pigs grabbed him by the testicles and started yanking on him. Another got him by his braid, cranked it up in his fist, and was jerking his head around. Then they laid into them [sic] with their nightsticks, destroying [sic] one of the men’s faces. When they were arrested, the pigs ground the cuffs on and left them cuffed in the holding cells; their hands were swollen and turning purple by the time they were released. It was a fucking bloodbath [sic], but they’re all out of jail at least.

Sounds like Jim Beam was your co-blogger again, Contemptible Ben. But we'll see if anything comes of these utterly believable charges.

Update: PB has a link to Benjie's predictable defense of the Daily Camera incident in the Campus Press. [Sub-up--think the police brutality charge Benjie makes at Try-Works might be an attempt to divert attention from his own thuggish behavior? Yeah, me neither.]

Update II: The Campus Press, by the way, has a completely accurate and reliable poll asking, "Do you plan to attend Ward Churchill's weekly unsanctioned class?" Answers and percentages:

One of the country's most controversial figures teaching an underground class at my school for free? I'll come if they serve free cookies [15 percent].

Of course! But I'm totally blowing off the homework [ten percent].

No, I really have far too much binge drinking to do to worry about extracurricular activities, thanks [34 percent].

No, what do you think this is, Columbia? Is Hank Brown going to introduce him next week? [41 percent]

Yeah, not very funny, but it does show once again how Churchill has become a joke even among his natural constituency.

Update III: As Fred points out in comments, CU instructor Benjamin Whitmer said on his blog just before the Columbus Day protest, "This is a protest against holocaust denial. Bring your ego and your stomping boots." Now, obviously none of these freaks goes anywhere without his ego, but stomping boots? What were those supposed to be for, Benjie? Native American clog dancing? Did you wear your stomping boots, Benjie?

Update IV: Michael Medved has been ragging on Russell Means for the whole three o'clock hour of his radio show, using what sure sounds like El Presidente's Youtube-posted video of Means' senile Columbus Day protest speech. Excellent. Not sure he gave EP credit, though. Damn, I don't think Townhall archives shows anymore, either, or I'd link to it.

Update V: Pictures from the other side.
Posted by Focko Smitherman at 10:17 PM