Downtown to catch the New Year's Eve fireworks on the 16th Street Mall--the 9:00 p.m. show for the reformed, the dotardly and the kids, of course. There's another show at midnight for the drunks.

It was bustardly cold, about 15 degrees, which is maybe why I kept taking pics of interiors along the way, like the downtown Walgreens (with its doors wide open, natch): 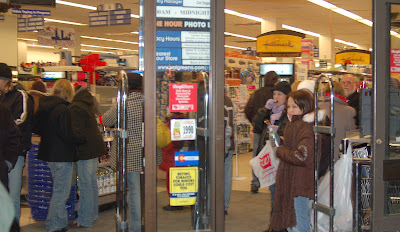 And a t-shirt shoppe: 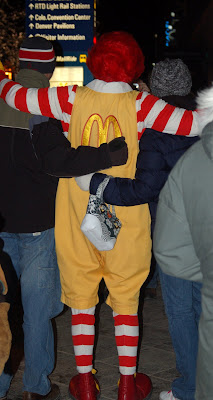 I yelled, "Hey, Ronald!" but he wouldn't turn around.
Goddamn stuck-up clown. 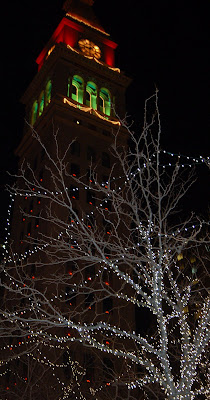 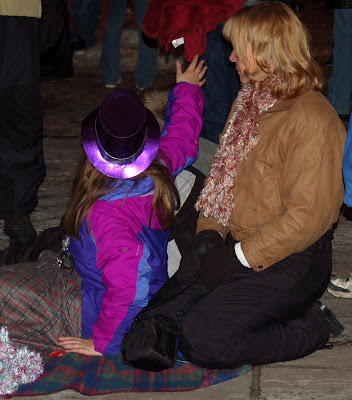 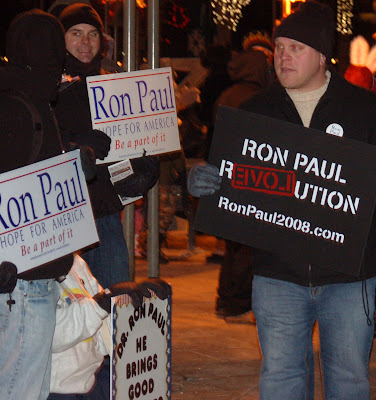 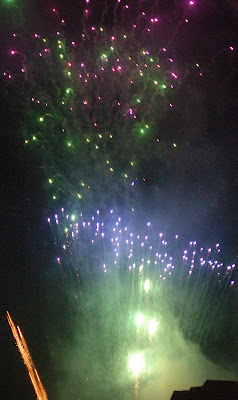 More fireworks.
Walked by the City and County Building on the way home: 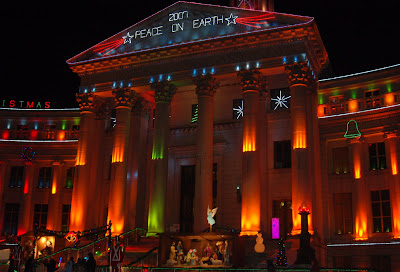 All decorated. But what's that arrangement bottom center? 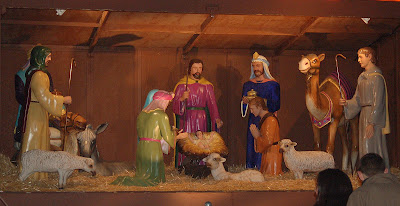 Do not scream: it's a crechè. On the grounds of a public building.

Actually the crechè was ruled constitutional over 20 years ago. In 1999 the Freedom from Religion Foundation sued to be allowed to place a sign next to it, reading:

At this season of
THE WINTER SOLSTICE
may reason prevail.
There are
no gods,
no devils, no angels,
no heaven or hell.
There is only
our natural world.
THE "CHRIST CHILD" IS A RELIGIOUS MYTH.
THE CITY OF DENVER SHOULD NOT PROMOTE RELIGION.
"I believe in an America where the separation of church and state is absolute."
John F. Kennedy ­1960 Presidential campaign.

They lost, as they should have just for being such utter (as they say in Oz) c*nts. Happy New Year!

Update: I'd like to see that wuss Ronald McDonald go up against my clown. One look and he'd have to change his name to Ronald McCrapPants.
Posted by Focko Smitherman at 12:25 AM