Ventured into the mountains this weekend to help the Drunkawife secure her boss's mountain fastness from threats both foreign and domestic. 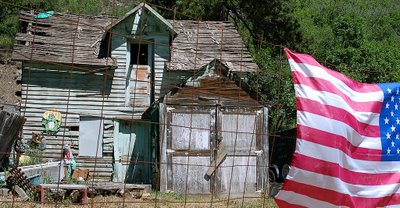 The Boss's mountain fastness.
This meant only one thing: 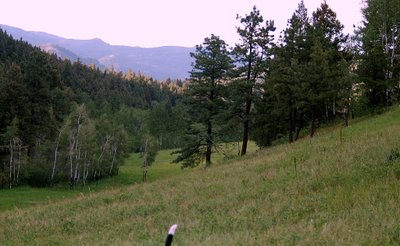 "The hills were alive" with the barks of Billy!
(Billy Bob, bottom center.) 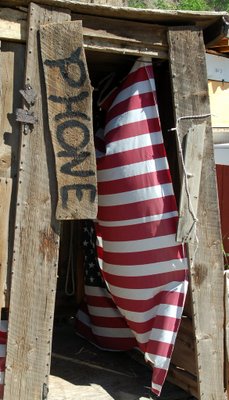 We weren't isolated, either: Communications center
at The Boss's mountain fastness.
The place has hummingbird feeders all over. We had to fill a couple of them. Fun fact! Despite their small size, hummingbirds are very noisy. They like to chatter and whistle all day long! All night too! 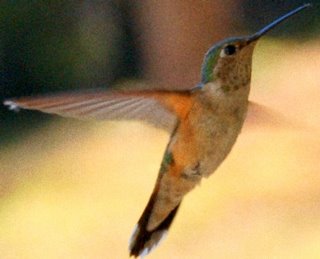 We took care of the domestic animals too: 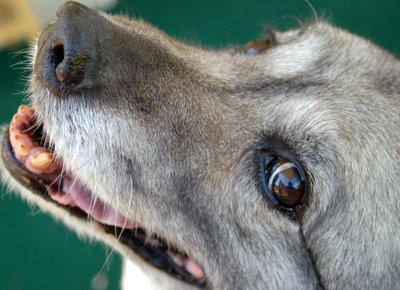 This is Misty, one of The Boss's dogs. She's an old sweetheart whose rotting teeth and pus-filled gums exude a mephitic miasma of death. Misty loves to be cuddled!

So the one acts all unconcerned while the other just sits there and stares. You could tell: they hated me. 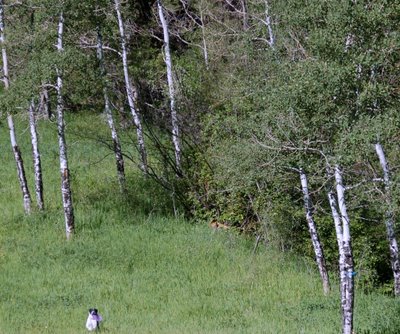 Billy Bob: Stupid dog never goes anywhere without his frisbee.
Update II: Third link above should go to The Sound of Music, not The Hills Have Eyes. Fixed soon!

Update III: Sometimes Billy Bob tries a little too hard to dig out the grounders: 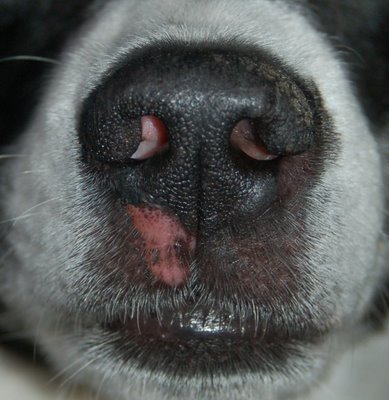 He doesn't go to his right very well, either, if you were thinking he could maybe fill that hole at shortstop.
Posted by Focko Smitherman at 12:21 PM