I don't know. It has something to do with gay people.

Walked by the Libeskind art museum expansion on the way.* It's set to open this fall. Trailer lower left is new main entrance.

There was a pretty good crowd: 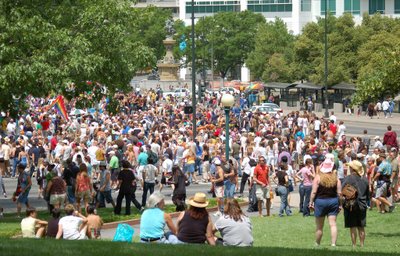 This was the tail end of the parade, but it's the only real crowd shot I got. Most everybody was already at the rally. 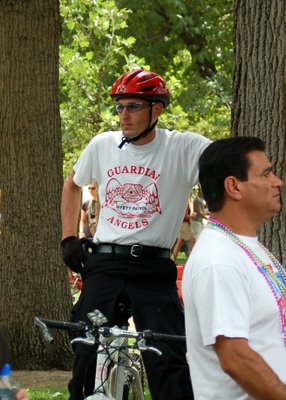 This unappointed but impeccably dressed arm of state power estimated the crowd at 10,000-15,000. 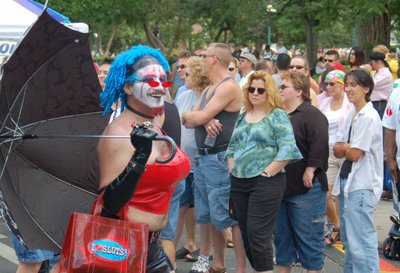 Even Robin Williams showed up. (That's a joke, son.) 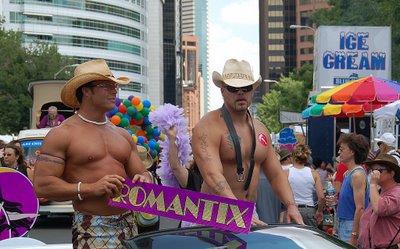 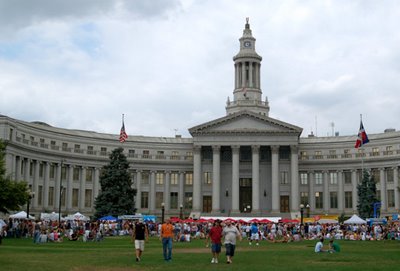 The City and County Building. There was all kinds of commerce, of course, including booze. Half the crowd was baked by 11:00.

Did that make it easier to sell insurance, or is this guy baked, too? 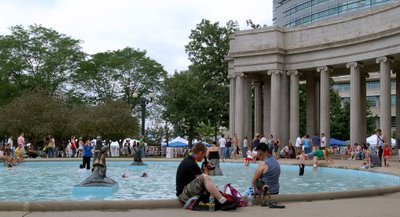 The pool at the other end of Civic Center Park. 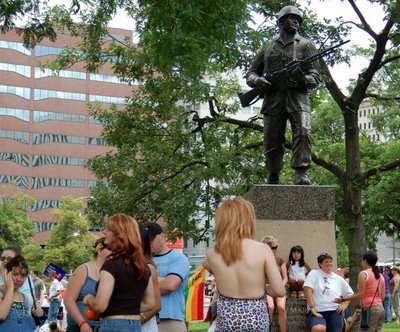 Statue above the guy in the leopard-skin print is Joe P. Martinez of Ault, Colorado, who won the Congressional Medal of Honor in WWII.

The end.
*I go by that musuem addition at least twice a week, and I've never seen Daniel Libeskind around. What's up with that?

Update: The Drunkawife and I were supposed to meet up at this thing, I swear, but we missed each other and she ended up riding in the parade in the back of a pickup, "practicing her queen wave." How odd. She usually does that whilst sitting on the toilet.

Update: Here's how the News covered it; here's the Post, which insanely claims a crowd of 200,000.
Posted by Focko Smitherman at 5:18 PM