Fuckin' A. Before the Democratic National Convention is over, that's what the grizzled vets of '08 will be calling it: Fuckin' A--Parking Lot A at the Pepsi Center, the lot from which, it was revealed today, protesters ("surrounded by a transparent and sound-transparent fence") will denigrate, excoriate, and perhaps even revile the lickspittle fake-oppositional toadies of Bushitler's Fourth Reich.

In a D-blog exclusive, your greasy reporter ventured heedlessly into the unflossed maw of danger today to get pictures of the lot everyone's talking about, but no one's seen: Parking. Lot. A! 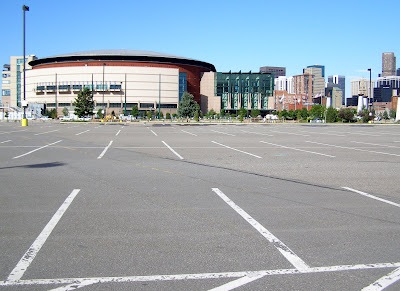 Whoa. Pepsi Center entrance is on the right. 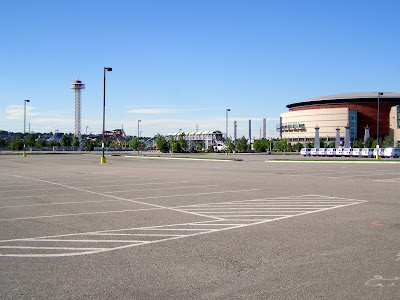 You might conceivably be heard from here by people entering and exiting the building, but you better have an atomic-powered bullhorn. Oh yeah, moonbats are against atomic power.

But here's A1, as close as you can get, and easily within moonbat-screech. Cannily, however, the lot is still outside the range your typical moonbat can hand-propel a projectile: 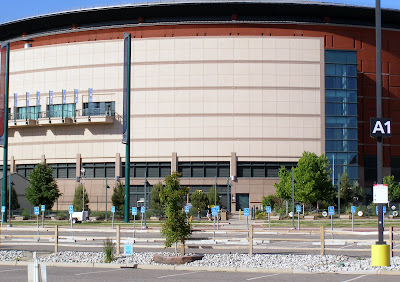 A few more pics, just for the hell of it. This, under normal circumstances, is the media parking lot: 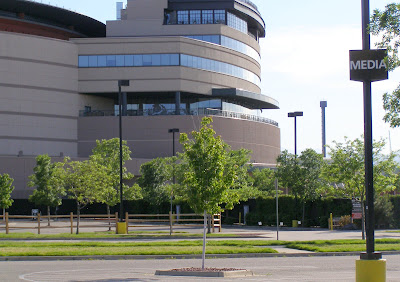 This is actually from Elitch's, the amusement park next door to the Pepsi Center: 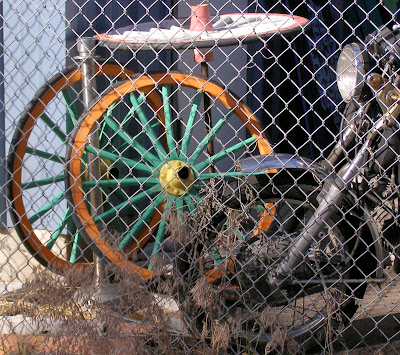 And finally, Confluence Park, looking downstream on the Platte past the kayak run. Cherry Creek comes in on the right. You can't see it, but there's a little park off to the right as well. It, too, is a designated DNC rally site, and Recr!e!ate68 holds the permit there from August 24-28 for its "Festivus of Democracy," whatever that ends up being. 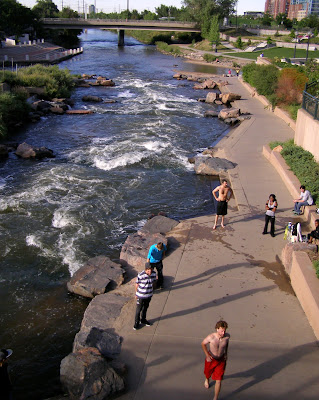 Update: Jeez, pictures of an empty parking lot draw no comments. I didn't expect that.
Posted by Focko Smitherman at 5:55 PM