Everybody's paper of record, The Sun:

TOM Cruise is the new “Christ” of Scientology, according to leaders of the cult-like religion.

The Mission: Impossible star has been told he has been “chosen” to spread the word of his faith throughout the world.

And leader David Miscavige believes that in future, Cruise, 44, will be worshipped like Jesus for his work to raise awareness of the religion. 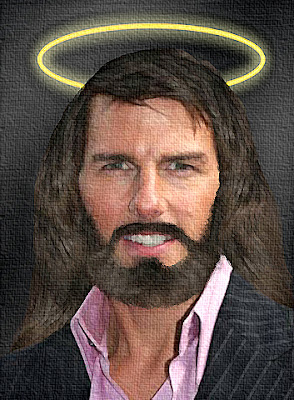 A source close to the actor, who has risen to one of the church’s top levels, said: “Tom has been told he is Scientology’s Christ-like figure.

“Like Christ, he’s been criticised for his views. But future generations will realise he was right.”

(via (what are the odds?) Mason Oller)

Posted by Focko Smitherman at 3:46 PM