I have narrowly averted certain disaster, not to mention an international incident. I was preparing to post a picture of an ostrich in honor of Australia Day, in spite of the fact that my rigorous research (I looked at one web site) revealed that ostriches are from Africa, not Australia. The same site mentioned that a gaggle of ostriches had escaped from an ostrich farm in Australia and had subsequently gone wild. I thought this was a good enough to make my Australian ostrich post legit. I proudly announced my intentions over at Avatar Briefs and the cry went out! "EMU, EMU, we have EMU!"

And so, at the last moment, I pulled the ostrich post and created a fine emu post in its stead. 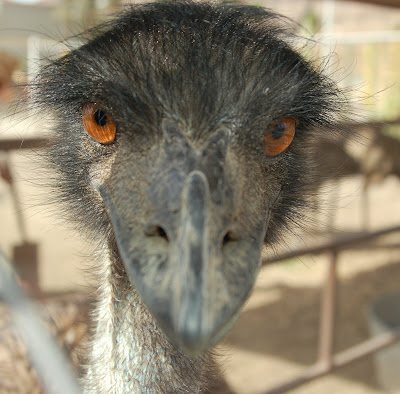