Thanks for "droppings" in!

Once again Colorado seizes the political spotlight. The Post has the poop:

What Weld County prosecutors see as the misuse of a rancid pile of dog feces, Kathleen Ensz's defense attorneys see as an expression of the First Amendment.

Is there a use of rancid dog feces that isn't an expression of the First Amendment?

Ensz is accused of going into her backyard in May, obtaining a piece of excrement, placing it in an unwanted political mailer and slipping in [sic] under the door of U.S. Rep. Marilyn Musgrave's office.

Ensz's attorneys argue that her conduct was a form of political protest that deserves protection and is as sacrosanct as Thomas Jefferson's railing against the king of England. 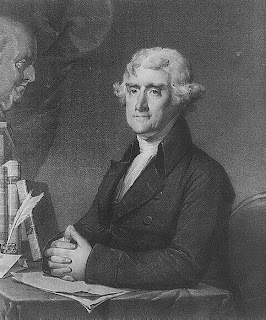 They also cited Mr. Hankey, a television character on the adult cartoon show "South Park," as evidence of how commonplace feces is for expressing disdain.

Mr. Hankey is a talking piece of human waste that shows up every Christmas Eve to deliver presents to good boys and girls whose diet has been high in fiber.

I must start watching South Park.

"What she did was probably [sic] crude and boorish," said Patricia Bangert, one of Ensz's attorneys. "But when Thomas Jefferson said there should be no kings and queens and we should be a free nation, that was considered obnoxious and horrible at the time."

There's something wrong with that argument, but I can't quite put my finger in it.

Bangert also cites Mr. Hankey as part of her argument that feces is often used as an angry expression shielded by the Constitution.

"Feces is" again. What shit writing.

"Etiquette and propriety aside, it is commonplace in today's society to equate a distasteful or disliked person, situation or thing to feces," Bangert said.

Ensz, a Democrat, was angered by repeatedly receiving mailings from Musgrave, a Republican whom she does not like [sic]. She decided to vent her frustration by packaging and presenting the feces, according to court filings.

Prosecutors have charged Ensz - a 63-year-old retired French professor at the University of Northern Colorado - with misdemeanor "use of a noxious substance."

A professair of Frainch! Just for the hell of it I checked to see if Ensz had signed the Teachers for a Democratic Society petition supporting Ward Churchill. Nope, but surely only because she's retired. Man, talk about your fake-but-accurate stories.

Ensz's attorneys say they will probably call both Weld County District Attorney Ken Buck and Musgrave to the witness stand for an April 18 pretrial hearing.

They claim Buck, also a Republican, pursued criminal charges against Ensz, with the backing of Musgrave, because Ensz strongly supported Democrats in last fall's election.

Ensz displayed signs at her house for both Angie Paccione - Musgrave's Democratic opponent - and Democratic gubernatorial candidate Bill Ritter. Police contacted a staff member in Musgrave's office and asked if Ensz should be prosecuted, according to court papers.

Musgrave and Buck talked, and charges were filed against Ensz, said Bangert. Later, Musgrave sent out news releases claiming Paccione was linked to the incident.

"It all begins to look like a conspiracy because immediately after she is charged, Marilyn Musgrave immediately goes to the press," Bangert said . . . .

Annnnnnnnnnd? Ensz "presented" her with the poop, right? Seems like an open and (squish) shut case to me.

Update: Here's the Post's original story on the "poop prank," which I saw at the time but ignored in an unaccountable fit of good taste.
Posted by Focko Smitherman at 4:29 PM