Big local angle on the Mars avalanche pics. The Rocky:

The camera that took the amazing photos of avalanches on Mars was built in Boulder, and the orbiter on which the camera sits was built in Jefferson County. 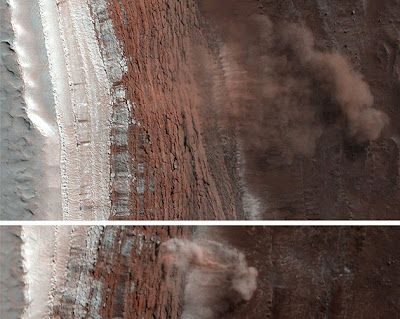 Sometimes one needs a reminder that Boulder is not actually the People's Republic of Mordor.

Glub to the max.

Update III: It's a gusher at Grand Canyon.
Posted by Focko Smitherman at 5:25 PM