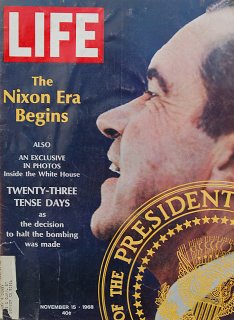 Flattering: Check out the nose hairs, man.
Life had stories on each candidate's campaign. Didn't read any of them. 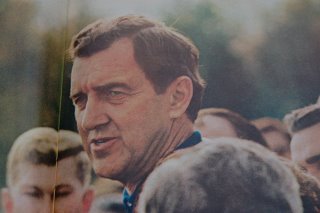 But here's Edmund Muskie as a teenager.
Then the House and Senate races. Check out Shirley Chisholm: 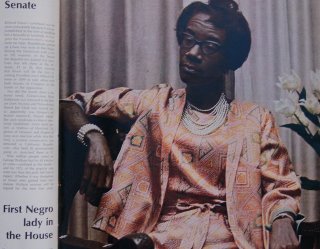 Every inch a (first Negro) lady: She
loosened up some over the years, I think.

William Zinsser follows with a review of the "interrobang," a punctuation mark that combines the exclamation point and the question mark, thus eliminating the perceived need for such abominations as "What?!" He didn't like it, though.

Then a depressing (?!) Vietnam story ("Beyond the DMZ, a loud stillness"), and the account of the decision to halt the bombing of North Vietnam, told with all the drama of Seven Days in May.

NBC news guy Edwin Newman is profiled next. I remember his book Strictly Speaking, in which he asked the immortal question, "When does an increase begin to whop?"

And finally, an expose of Scientology, which, perhaps coincidentally, has been in the news again with the antics of America's sweetheart, Tom Cruise. (Bet you thought I meant her again.) 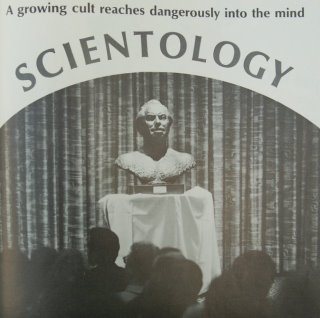 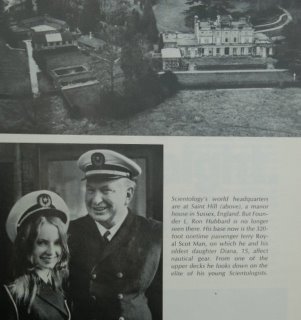 Aye-aye, Captain: Scientology founder L. Ron Hubbard and his daughter. Creepy, all right.
(Credit: Tom Cruise from the disturbed Worth1000.)
Posted by Focko Smitherman at 8:44 PM