I've posted a couple of rounds of pictures from our recent trip on the Buffalo River, but here are some odds and ends. 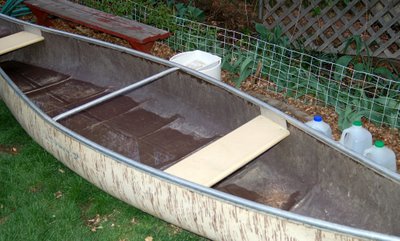 Remember how my canoe leaked? This was one of the tests of its
river-worthiness after patching. Dry as a bone. 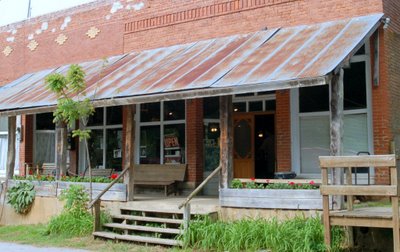 Our outfitter: The Gilbert Store in Gilbert, Arkansas.
The store's been raht thar for more than 100 years. 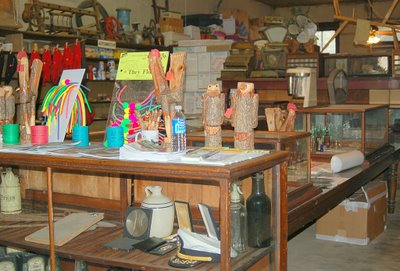 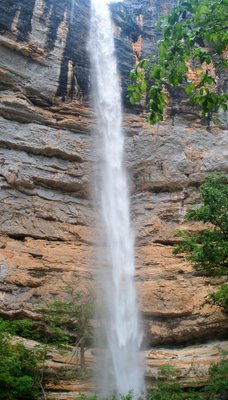 Yeah, another waterfall; in fact, the most spectacular one on the river, Hemmed-in Hollow Falls. It's 210 feet high and creates its own little storm system at the bottom, complete with soaking 30-mph winds.
Oh, and remember how my boat no longer leaked? It leaked. My repairs were only slightly better than useless after it had scraped over rocks a few times (bad resin mix, a friend said). So I tried bubble gum on a few of the larger holes: 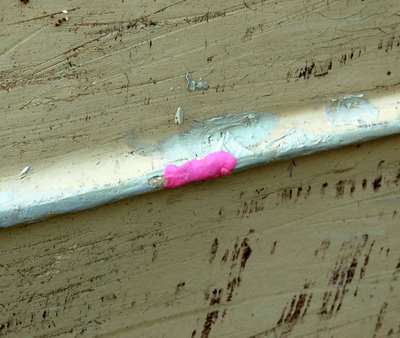 Believe it or not it worked--for a few hours. After that I was always bailing. 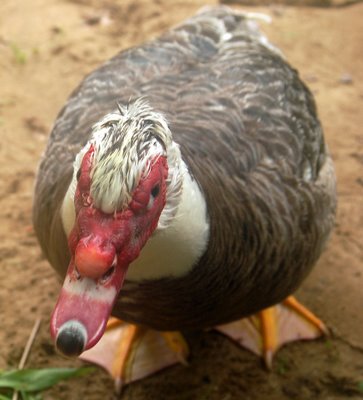 Chuck: She was a magificent sight flying into camp, but other than that a complete bust nobility of nature-wise. Unless food was involved she never moved more than a few feet the whole time we were there. Had some sob story about how the other ducks hated her because
her feet clash with her beak. Just eat your bagel, Chuck.
Update: The Drunkawife demands that I post a pic of the "cute" duck we saw in Spain, in the really cool palm grove in Elche to be exact: 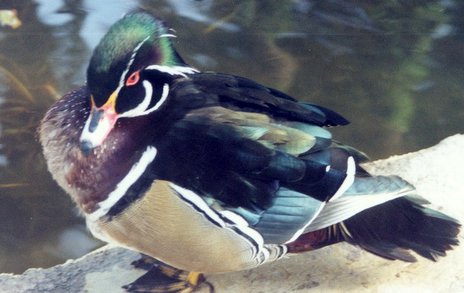 Smug little bastard: Well, Chuck is smarter than this fop, anyway. How'd you like I mess up that beak for ya, pretty boy?

Update II: No, I don't really know what sex the ducks are. Perverts.
Posted by Focko Smitherman at 5:24 PM