As noted last week, I've had a tombstone sitting in my office for years without anyone ever mentioning it.

But there's something in this cursed hovel that's been even more bizarrely ignored: a quite flattering portrait of Kim Jong Il (on the floor here to eliminate what professional photogs ("shamuses") call "wall glare"): 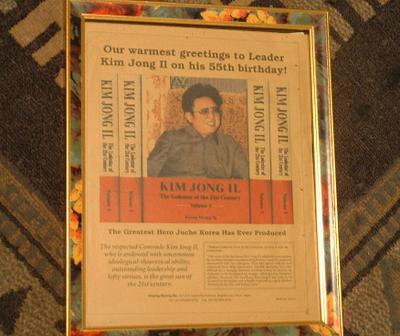 Posted by Focko Smitherman at 10:47 PM