Didn't even know it was happening until I got an e-mail from Codestink about 3:00 yesterday afternoon telling me the rally started at 5:00 p.m. Had to be doontoon anyhow, so I stopped by. West steps of the Capitol and along Lincoln, like always. Honk if you hate Jews! Lots of kiddies at this one. No, that's not a pair of underwear he's holding to show his mega-weight loss after using the Palestinian Starvation Diet™. 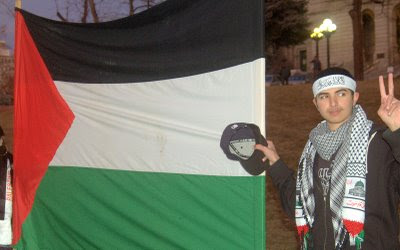 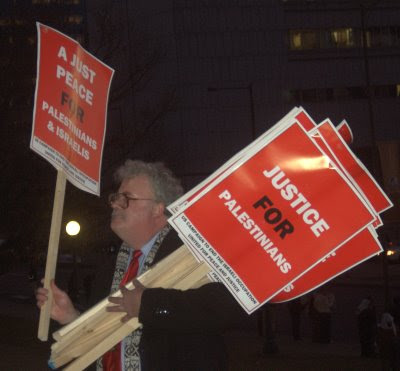 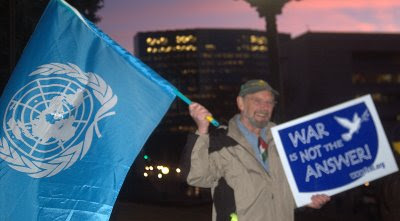 Who'da thunk: Apparently the answer is the U.N. 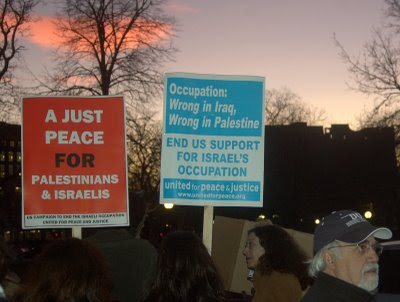 Just liked the cloud in one corner and the big fat haid in the other. 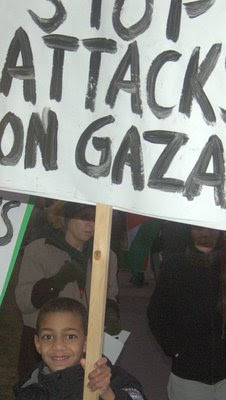 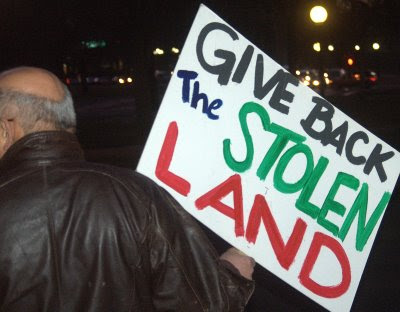 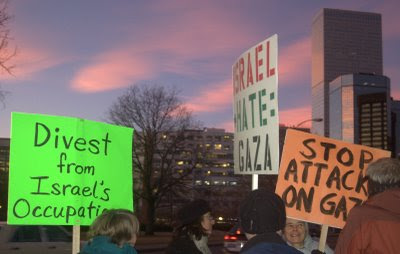 Lots of "this + this = this" signs. (Didn't quite catch this one right, obviously.) 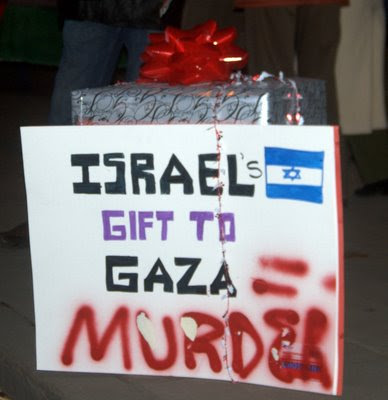 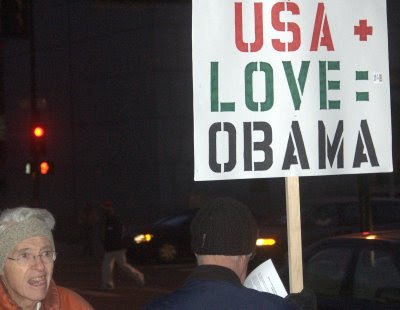 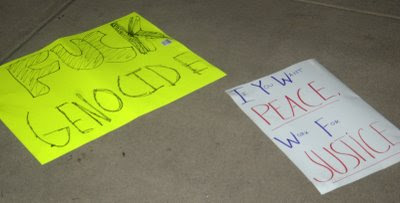 There were signs lying all over the place for the taking. 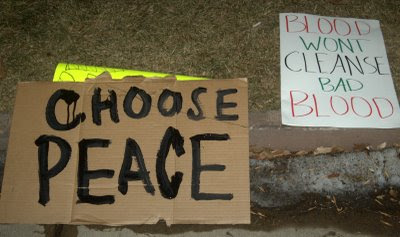 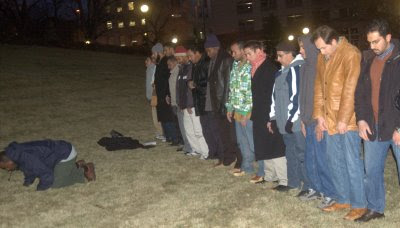 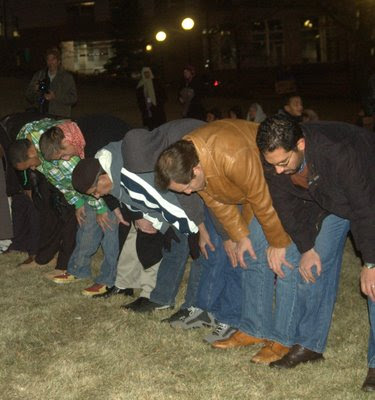 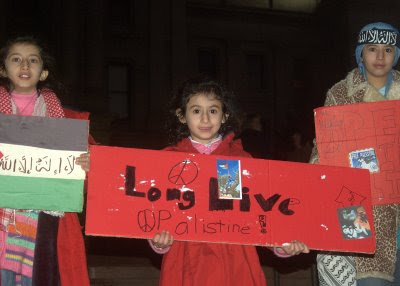 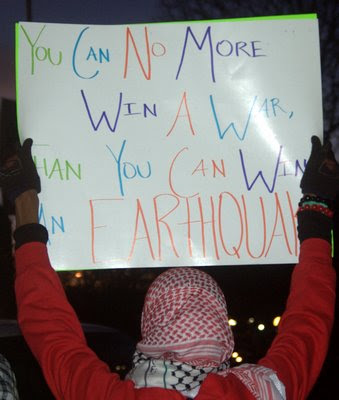 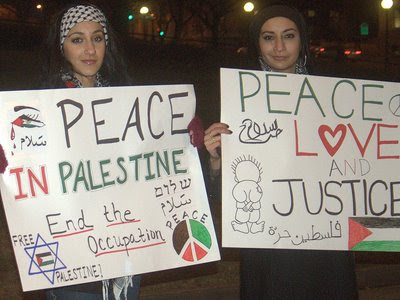 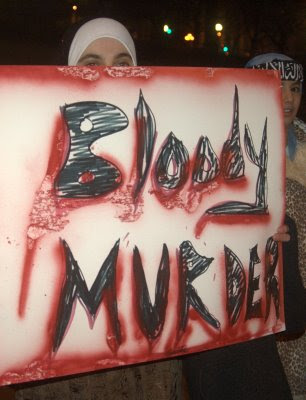 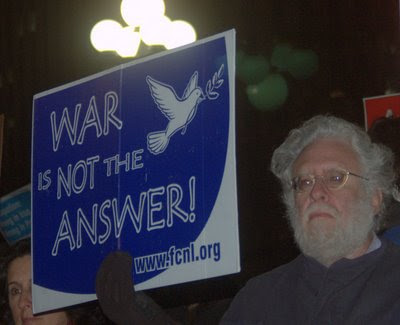 Better listen to the deranged Santa. 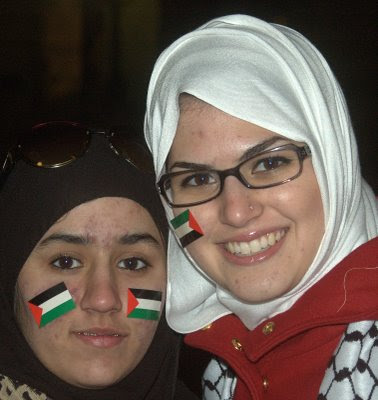 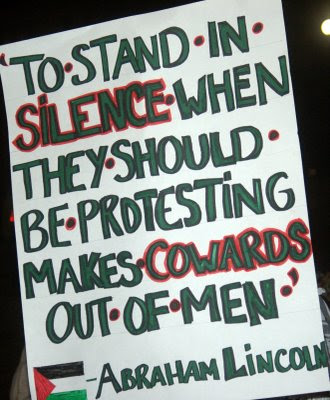 Poor Abe. He's getting put to a lot of uses these days he probably wouldn't appreciate. 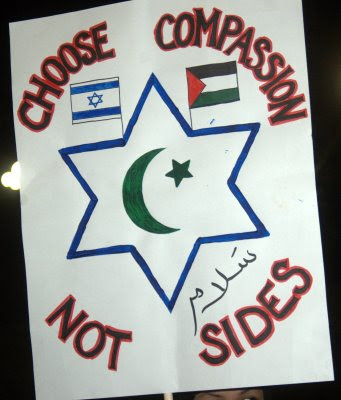 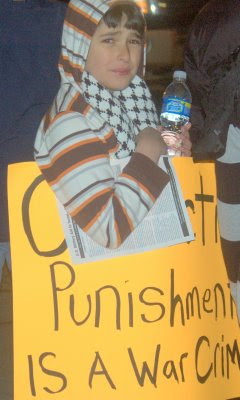 Don't cry for me, collective punishment. 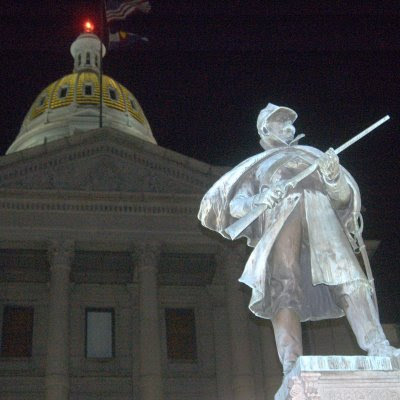 Always gotta get a shot of this guy in.

One little dose of controversy. A guy walking by was handed a leaflet and threw it contemptuously to the ground, saying something like, "Which group is dedicated to the destruction of the other?" The Pally enablers smirked and asked (smirkingly), "Who?" as if they didn't know. He said, "Read your history! Read the Hamas Charter!"

Good luck with that.

Update: Originally the penultimate graf was accompanied by a pic of the guy, but a reader e-mailed asking if I knew it was such and so. Of course, I had no idea but called the guy for a comment. He didn't even ask, but it turned out his position was such that being exposed as a rational if annoyed human being might cause him real problems, so I volunteered to take it down. What the hell. It's a fucking blog (didn't I just say that?).
Posted by Focko Smitherman at 8:13 AM