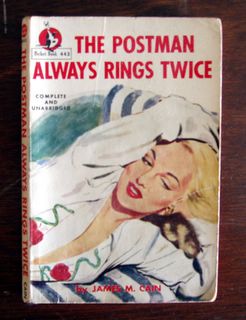 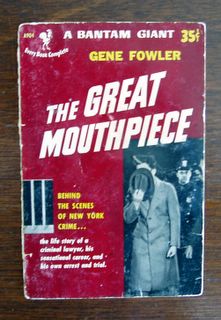 Update: Y'all know who Gene Fowler was, right? He wrote Goodnight, Sweet Prince, about John Barrymore, Timberline, about the, uh, exuberant 19th Century owners of the Denver Post, and The Great Mouthpiece (among others), all of which are out of print. His headstone is sort of neat.

James M. Cain is better known, of course, for good reason. Never knew he'd written a story called "Santa Claus, M.D.," though. Must have needed money bad. (It appears in the wonderfully titled collection The Baby in the Icebox and Other Short Fiction.)

Update: Forgot to mention that Fowler's son had a long career in Hollywood as a film editor and directed I Was a Teenage Werewolf.

Posted by Focko Smitherman at 8:10 AM