It won't be finished until fall 2006, but you can tell what the addition's gonna look like: 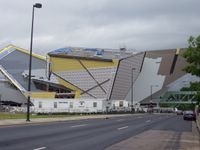 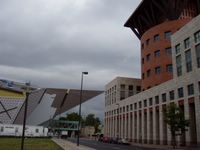 We'll see. What really makes me nervous are the paper hands mounted on the fence around the building site: 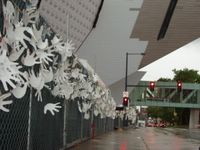 Hundreds of them. Thousands. It's creepy. 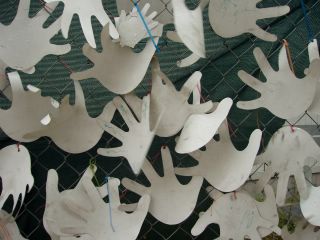 Did you like The Blair Witch Project? It was pretty good, I thought.

Daniel Libeskind, who designed the museum addition, doesn't seem to have said anything about the attempt to turn the 9/11 memorial at his World Trade Center into a lesson on why the world hates us. 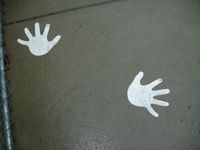 (via LGF)
Posted by Focko Smitherman at 1:19 PM