Don't think Obama had to sneak into Washington yesterday like Sometimes-Honest Abe did in 1861, but he'd sure look fetching in a kilt and tam o'shanter. The Baltimore Plot:

On February 11, 1861, President-elect Lincoln boarded an east-bound train in Springfield, Illinois at the start of a whistle stop tour of seventy towns and cities ending with his inauguration in Washington, D.C. Pinkerton had been hired by railroad officials to investigate suspicious activities and acts of destruction of railroad property along Lincoln's route through Baltimore. Pinkerton became convinced that a plot existed to ambush Lincoln's carriage between the Calvert Street Station of the Northern Central and the Camden Street Station of the Baltimore and Ohio Railroad. This opportunity would present itself during the President-elect's passage through Baltimore on February 23, 1861. Pinkerton tried to convince Lincoln to cancel his stop at Harrisburg, Pennsylvania and to proceed secretly straight through Baltimore, but Lincoln insisted upon keeping to his schedule. . . . 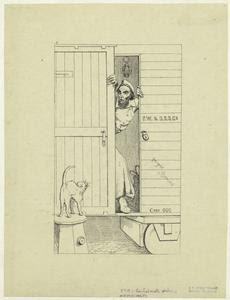 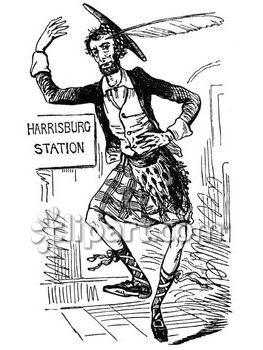 Posted by Focko Smitherman at 7:33 AM