Anyone who's driven cross-country on I-80 has seen this abandoned church: 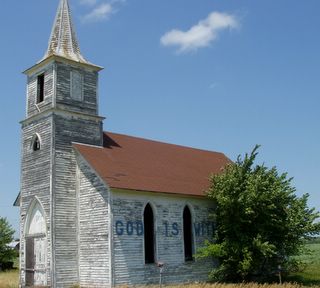 And this abandoned motel: 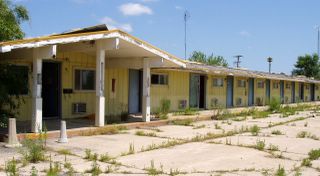 But it's kind of a pain (and probably illegal) to get back to them, so I don't think tons of people do. They're pretty cool, though. The motel, for example, had tepees for its guests: 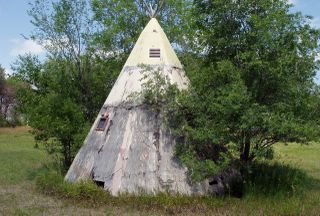 And the church had--well, it was kinda weird: 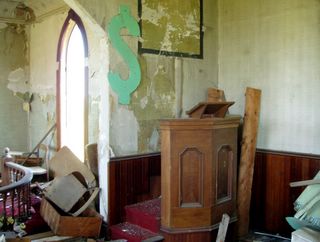 Surprisingly, the organ was still there: 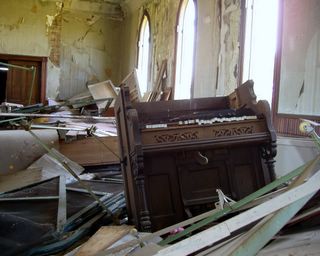 Couldn't play much on it, though.
Update: Man, it's gonna take a long time to post every picture I've ever taken. But I swore an oath to myself and I'm going to keep it.
Posted by Focko Smitherman at 10:01 PM