So how is Rocky Mountain News editor John Temple doing with his blog?

Not so hot. In his 16 or so posts since we last checked in, Temple has: let a reader bash the hell out of Canada (read the response from "Dick Valentine, Living Historian," too); admonished us not to believe every attack on the press; referred and linked to his Saturday column (many times); touted an utterly beside-the-point content analysis of the Denver dailies (Post has more national news! News has more local!); and highlighted a reader's praise for the Rocky's "controversial" decision to run the Doonesbury "Turd Blossom" strip.

Oh, and defended the Rocky against plagiarism charges. Two weeks ago a commenter at RockyWatch noticed several sentences copied from a Daily Howler piece on Joe Wilson in an RMN editorial. Then the Denver magazine 5280 picked up on it, and the other day RockyWatch exercised its circumspection on the story once again. Good stuff. Go read.

Now, here's my tiny scooplet to add to the story: for some reason Temple's post doesn't link to the RMN editorial; in fact, the editorial itself seems to have disappeared. Stroke my beard and call me Freud.

One must reiterate here that Temple's blog is not really a blog at all, at least in spirit. Most of his posts are "Editor's Corner"-type things that would have looked at home (including the sly news management) in a newspaper of the 50s.

Don't know about his traffic (can anybody tell me how to find out?), but he got only seven comments in July, pathetic even by Drunkablog standards.

Okay, so what about the Rocky's many other fine blogs?

Oh yeah, those. Look for yourself. It won't take long.

Update: I've wrestled with my conscience over this, but no way I can remain a self-respecting blogger and not ask the question: 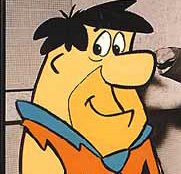 (Lady wrestlers from this place)
Posted by Focko Smitherman at 4:30 PM