This is the Drunkablog's garage. 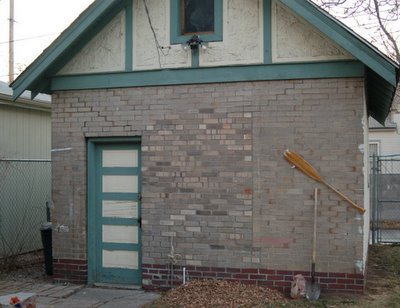 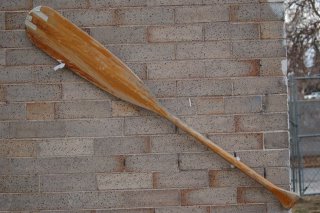 Close-up of historic spare paddle used by the Drunkablog on Utah's Green River (full disclosure: historians refuse to acknowledge paddle is "historic"); the site is off-limits to tourists until February, 2007, when, engineers say, restoration of the paddle will be complete.
But you need to see the other door, the one the car goes through (or rather, under, if you're doing it right). It's pretty cool: 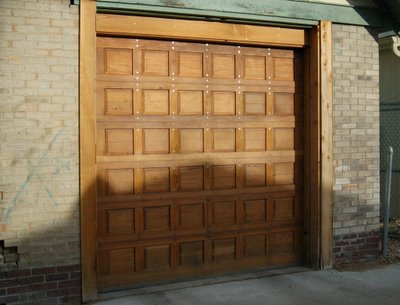 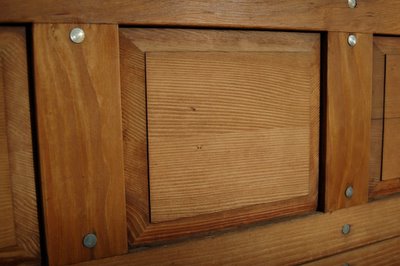 The door was hand-made and installed by "Bill," the Drunkawife's father's ward. Well, he's not actually his ward, since Bill is in his mid-70s. We just call him that. See, the D-a-W's dad, "Wendell," is a devout and active Christian, and Bill was sort of a church project that somehow ended up being his. And he's helped Bill in many ways too, up to and including buying him a house. Nothing fancy, but, you know, a bloody house.

Anyway, both Bill and Wendell are expert woodworkers, and both have shops in Wendell's basement, which is where Bill made the door. 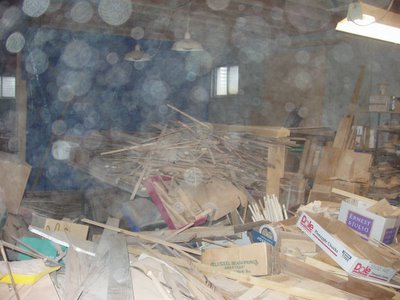 Off topic, but can you believe this? It's the back end of Wendell's basement. Two woodshops, two stubborn old men. The place has never been cleaned. That's sawdust on the lens. Say, got a light?

Posted by Focko Smitherman at 10:41 PM