One of the relatively few issues of Life I rescued from the Denver Public Library dumpsters: 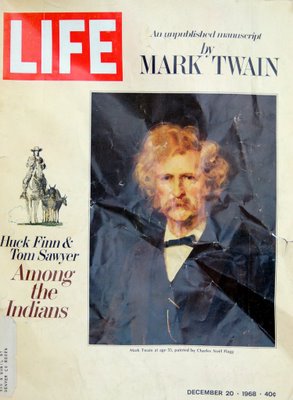 I looked for it at Project Gutenberg, which has
a fair amount of Twain, but no Indians.
With only eight-and-a-half chapters it's impossible to tell how good the book might have been. It sort of reminds me of The Searchers; it's got that captivity narrative thing goin' on.

If a white man tells you a thing, do you know it's true? No, you don't; because generally it's a lie. But if an Injun tells you a thing, you can bet on it every time for the petrified fact; bcause you can't get an Injun to lie, he would cut his tongue out first. If you trust to a white man's honor, you better look out; but trust to an Injun's honor, and nothing in the world can make him betray you--he would die first, and be glad to.

Of course, later in the story when some Indians have acted far less than honorably, Huck asks Tom:

Yes, I know that for most of his life Twain didn't didn't much care for Indians, to say the least (from the quite pc Mark Twain Webquest).

Richard Schickel reviewed films for Life before he took his present job (!) at Time in 1972. Here he looks at some 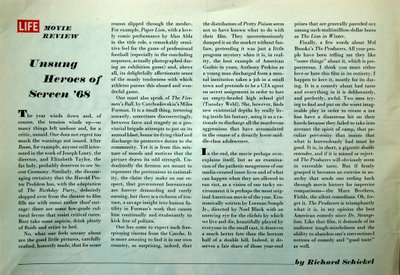 Schick (as his friends call him, I claim--prove I'm wrong) gets it right on The Producers, one of his "unsung heroes of screen '68":

I think you must either love or hate this film in its entirety. I happen to love it, mostly for its daring. It is a comedy about bad taste and everything in it is deliberately, and perfectly, awful. 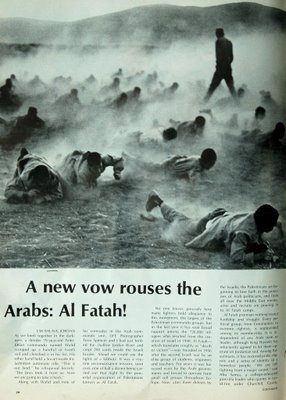 Now here's a lousy use of the exclamation point in a title. 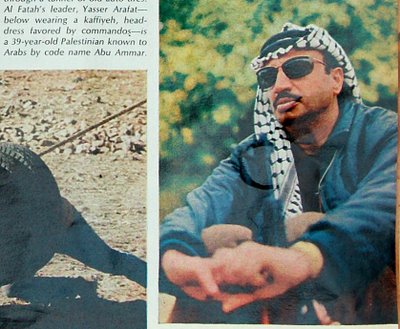 Admiring reporter: "Among Palestinians [Al Fatah] has restored pride, dignity and a sense of identity to a homeless people." 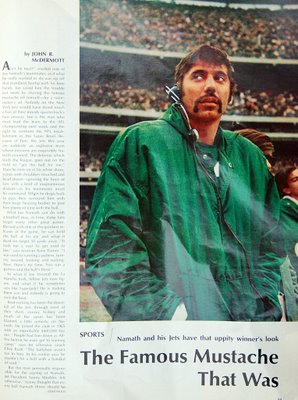 And here's Arafat at Shea Stadium. I keed! It's really Joe. Willie. Namath. And if you think the MSM sucks now--well, it does. But it sucked back then too. I mean, they had a bloody hair watch going on Joe Willie.
Life's John R. McDermott comes with a hell of a first sentence, though:

"Aint he neat?" snarled one of Joe Namath's teammates, as if what he really wanted to do was rip off that mandarin hairlip with his bare hands.

Finally, the travails of the well-to-do: 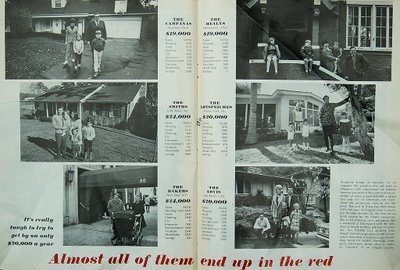 "Life interviewed six families from various parts of the country whose incomes all hover around $20,000, a salary that only 2% of Americans can claim."
Almost forgot the ad:

Only seven months before the actual moon landing and Revell's lunar module model is just a tad off. It's probably worth a fortune now.

Update: Revell is still in business. Right now they seem rather taken with House Bill 4806, which would prevent military contractors from charging license fees for use of the likenesses or names of military hardware by the "military toy replica" industry. You probably never would have known this if you didn't read the Drunkablog--assuming, of course, that you read the Drunkablog.
Posted by Focko Smitherman at 11:43 PM