Hill House, not sane, stood by itself against its hills, holding darkness within; it had stood so for eighty years and might stand for eighty more. Within, walls continued upright, bricks met neatly, floors were firm, and doors were sensibly shut; silence lay steadily against the wood and stone of Hill House, and whatever walked there, walked alone--from the first paragraph of The Haunting of Hill House, by Shirley Jackson (1959).

Wow. That sounds a lot like my house, except for the stuff about upright walls and bricks meeting neatly. And yeah, it's pretty difficult to "walk alone" around here with the tenants always at me: "We need electricity." Check the lease. "There's mold growing on the dog." Check the lease. "The rats ate baby Brittany's toes." Check the friggin . . .

But the "not sane" part? That fits: My house is a four-plex, I am its landlord, and I am not sane. The landlord's lot, after all--bloodsucker, parasite on the people, kulak ripe for denunciation--is not exactly an emotionally nurturing one, and on me it has taken a horrible, bloody toll. 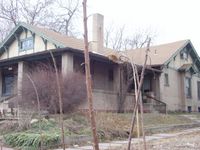 The asylum I try to oppress is a Denver Square-bungalow sort of thing, haphazardly converted into four apartments, if one includes the basement hovel (as opposed to the other hovels, in one of which I live). It's an old place, built in 1912, and has been somewhat hardly used. Even in the best of circumstances, of course, with a building that old things have a tendency to--go wrong--at times. And when they do, I hear about it. Loudly.

But My Tenants Love Me

Don't get me wrong. I love all my tenants, and they, well, they love me: 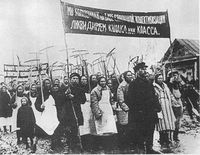 And being a landlord has other consolations. One of mine is to put on my special-bought motheaten cardigan sweater and go stand in the backyard. Just . . . stand out there. And maybe mutter a little: Thanks a lot for leaving your beercans all over the yard. . . Why do I have to clean up your dog's crap, you drug-abusing freaks? . . . Yeah, go ahead, yell at me for staring at your wife. I know all about you because I watch you through your curtains you goddamn welshing little PERVERT, etc. Sometimes while doing this I lean on a rake and wipe my nose on my sleeve. The tenants think I'm hilarious:

Tenants: The landlord is hilarious!

They really think so.

But just so I don't get a swelled head (by the way, "Swelled Head?" is a good subhead, isn't it? It looks so "Madison Avenue": "Swelled head? Just two tablets will reduce that giant oozing cranium to the size of a dried persimmon!" Hey, I'm an adman!), I always keep in mind the humbling words of the prison poet Tyrone Green*:

Dark and lonely on a summer's night

Watchdog barking. Do he bite?

Slip in his window

Then his house I start to wreck

*as played by Eddie Murphy in the dim dark past of SNL.

Posted by Focko Smitherman at 4:43 PM