Some books and fillums for teachers wishing to teach for (you'll pardon the expression) social justice at the middle and high school level, with the publishers' descriptions.

Three award-winning activists and novelists-Black Artemis, E-Fierce, and J-Love, joined social justice educator Marcella Runell Hall and a diverse team of educators to develop this collection of engaging lesson plans for grades 6-12 and beyond. The lessons explore the tools of oppression such as violence, patriarchy and racism and are based on the young adult books: The Sista Hood: On the Mic, Picture Me Rollin' and That White Girl.

The film traces the history of corporate personhood, and then plays on the conceit that corporations are legally people. If they are indeed people, then they are psychopaths, the film proposes. A running psychological profile throughout the film finds that the modern corporation demonstrates: an incapacity to maintain enduring relationships, a reckless disregard for the safety of others, deceitfulness — repeated lying and conning others for profit, an incapacity for experiencing guilt, and the failure to conform to social norms with respect to lawful behaviors. . . .

Interviews with Noam Chomsky, Michael Moore, and Naomi Klein; with extended interviews on a companion DVD. 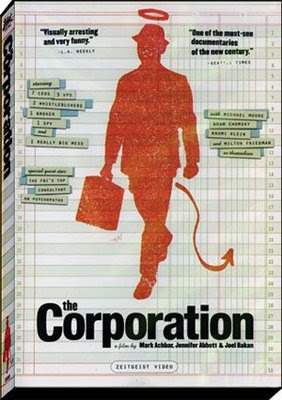 Set in the very near future, Little Brother goes to technological places that Orwell's Big Brother couldn't. Students that [weren't we just discussing this grammatical error in comments until I almost ran amuck? Yes, we were.] have read 1984 will love the references to Orwell's original and will appreciate the upgrade. After a major terrorist attack in San Francisco, 17-year-old hacker extraordinaire, w1n5t0n (pronounced "Winston") is arrested by a Department of Homeland Security (DHS) that has gone on a civil rights-crushing campaign to fight "terrorists." In no time our clever protagonist realizes that the DHS is the real enemy of the American people, although these same American people roll over and endure the loss of rights so that they can feel safer. Sound familiar? Shortly after the government crackdown, a group of high school kids figure out how to circumvent the surveillance techniques of authorities and launch a movement to jam the system (and not trust anybody over 25). 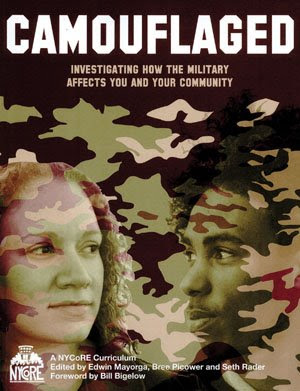 This may be the scariest of all:

Maybe I'll submit "The Splendor of Me" for inclusion in any subsequent edition.

With a hip-hop soundtrack, youth activists and formerly imprisoned teenagers discuss their view of the prison industrial complex: the growing incarceration rates of minors and people of color, and the decline in public investments in education. A great way to politicize teens! A co-production of WITNESS, the Ella Baker Center for Human Rights and the Rights Now campaign of Columbia University's Human Rights Institute.

I'm going to father two children at once so I can send one to CU, one to Duke, and one to Columbia.

This groundbreaking new documentary by Aleida Guevara (a physician and Che Guevara's daughter), explores Venezuela's revolutionary terrain post-April 2002 when President Hugo Chavez survived a coup attempt instigated by the United States. The film is primarily an interview with Hugo Chavez and includes an interview with the minister of defense on the coup attempt, and brief interviews with grassroots activists, Cuban doctors, and others. This film affords a rare opportunity to glimpse through the blockade of information imposed by the United States into a country rich with hope, dreams and... oil. 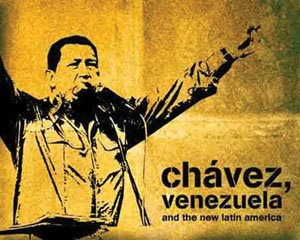 Earth and the American Dream:

This extraordinary film examines U.S. history from the standpoint of the earth. Beginning with Columbus, it effectively blends contrasting quotes from Native Americans and European "settlers" with images of the environmental consequences of these ideas. We've never seen a film that does this so powerfully. A vital classroom resource.

From the standpoint of the earth. 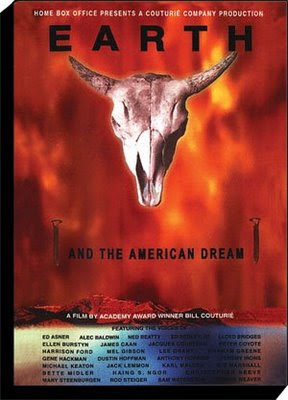 Update: Busboys and Poets Bookstore. That sounds quite perverted. And no, not just to me because I'm perverted. It's objectively perverted.
Posted by Focko Smitherman at 6:16 PM