Not here, praise Jesus, but over at the People's Press Collective (just scroll). There might be some stuff about the election here, too, but it will be at best live-ish, and more likely stone cold dead. For example, I voted Friday (Halloween) and thought to takes some pics of the early voting process as accomplished at Rude Recreational Center in Northwest Denver.

Got a pic of Rude Rec: 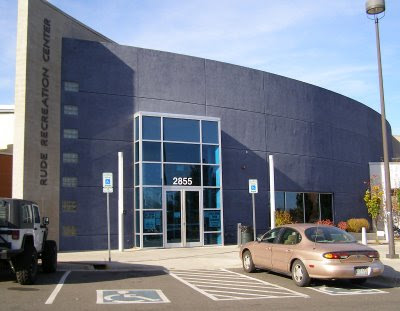 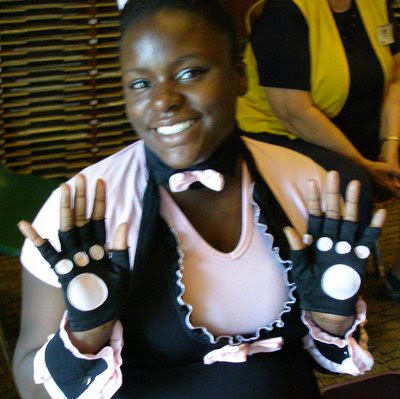 Before I was stopped by a more senior polling volunteer (not in a kitty suit, he claimed).

So much for photojournalism.

Update: The ghost of Rude Rec, La Llorana, made an early appearance in these pages.
Posted by Focko Smitherman at 1:12 PM