By now everybody's seen Zina Saunders' painting of Sarah Palin with a fresh kill. Not so many have seen the highly successful Saunders' other recent Palin work: 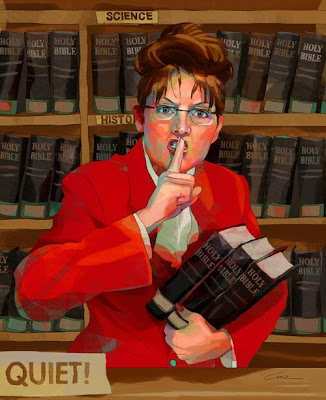 "Sarah Palin's dream library, after the vetting is done."

Slightly more subtle, but not what you'd call, you know, subtle. Both paintings were originally posted at the website Drawger, librarian Palin on a page for women artists only called "Women's Work." It's worth a look. Having taken an art class or two (no, actually, just the one) the D-blog thought he'd learned that an integral part of artistic creation was perceiving things freshly. But the numbingly uniform worldview of the artists on the Women's Work page is almost Stalinist: 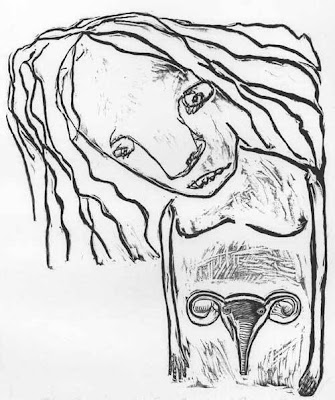 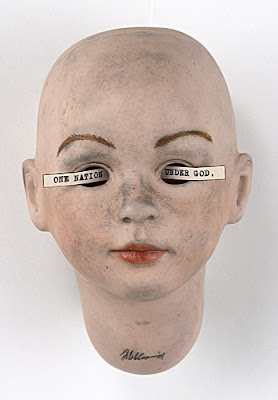 "One Nation Under God" (Susan Tibbles). 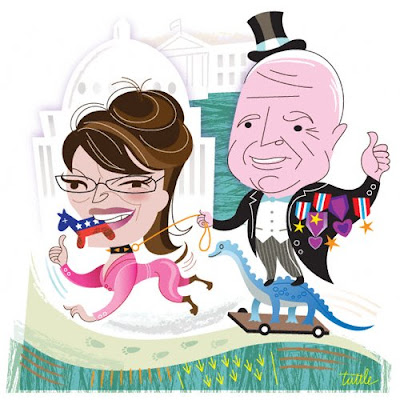 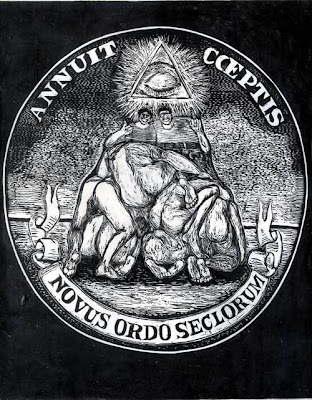 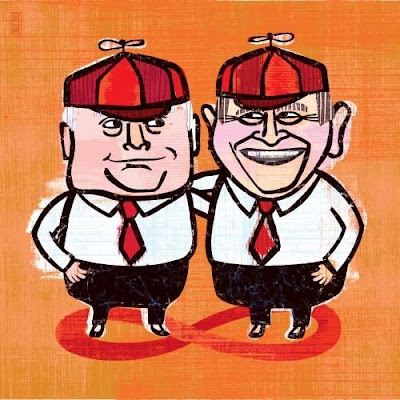 "Infinite Jest" (Jing Jing Tsong). Pretty sure that's supposed to be Bush and Cheney. Still don't get it.

In fairness though, they're at least as harsh on Obama: 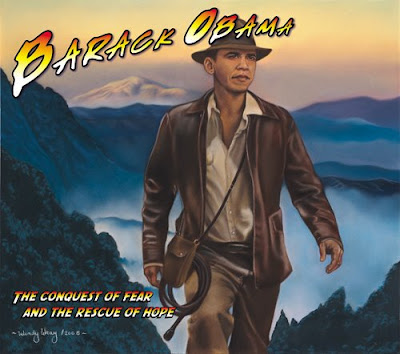 (h/t mason, who's a better artiste than these ginks any day.) 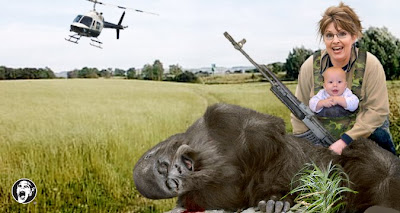 The Batboy: your assurance of quality journalism.
Posted by Focko Smitherman at 4:51 PM