Make your dog sit! to read this:

CALVERT, Md.- Toby, a 2-year-old golden retriever, saw his owner choking on a piece of fruit and began jumping up and down on the woman's chest. The dog's owner believes the dog was trying to perform the Heimlich maneuver and saved her life.

The Heimlich maneuver? Oh, bullcheet. Take a moment to examine this diagram: 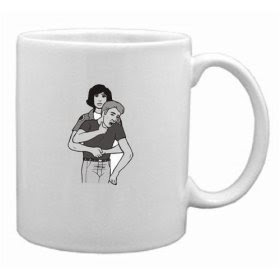 Notice anything? Like, how the woman's hands are gripping each other under the sternum of the rather-too-ostentatiously choking lad? Yes, hands. Dogs ain't got 'em. Coupled with the fact that Toby was "jumping up and down" on the woman, it's perfectly clear he was performing, not the Heimlich maneuver, but CPR. And what dog doesn't know CPR?

Debbie Parkhurst, 45, of Calvert told the Cecil Whig she was eating an apple at her home Friday when a piece lodged in her throat. She attempted to perform the Heimlich maneuver on herself but it didn't work. After she began beating on her
chest, she said Toby noticed and got involved.

Billy Bob is not the getting-involved sort.

"The next thing I know, Toby's up on his hind feet and he's got his front paws on my shoulders," she recalled. "He pushed me to the ground, and once I was on my back, he began jumping up and down on my chest."

One time when I got a piece of steak stuck in my windpipe, Billy Bob pushed me to the ground and, once I was on my back, began gnawing on my neck to get it out.

Okay, there was no meat involved. Billy Bob just got me down and tore my throat out. Now I talk through one of those vibrating boxes. Happy? More about the heroic fuckin' Toby:

That's when the apple dislodged and Toby started licking her face to keep her from passing out, she said. . . .

Now we're getting a little ridiculous. Licking her face? Do they teach that at lifesaving school? (Billy Bob, of course, taught himself.) Sorry. This is all about Toby:

"The doctor said I probably wouldnt be here without Toby," said Parkhurst, a jewelry artist. "I keep looking at him and saying 'You're amazing.'"

Are you gazing into his eyes as you say this? What does he say back? Is he smoking a pipe? Have you ever been placed on an involuntary 72-hour hold? 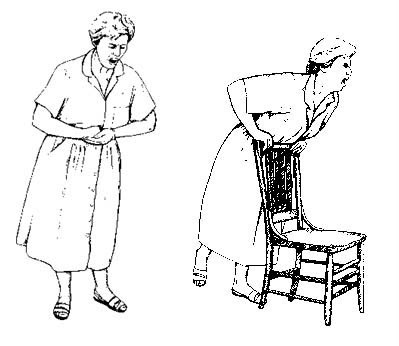 Update II: The Cecil Whig is a "newspaper."

Update III: Waited till late to post this one so the kiddies would be in bed, but: does it look to you like the ostentatiously choking lad is sporting rather a respectable stiffy? Especially since he's choking on--well, what do you suppose he's choking on? Never mind. That's some weird coffee cup.

Posted by Focko Smitherman at 10:08 PM