Occupy somewhere or other

Had to be doontoon today, so brought my camera to check out the Occupy Wall Street spinoff protest at Denver's Civic Center Park. It was, um, sparsely attended. One thing must be said: However misguided their various beefs, these people were nice. Friendly. Sincere-seeming. And if Soros is funding this particular protest--what a cheapskate. Pics, por favor! 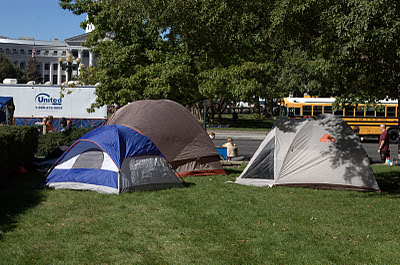 Three tents. That was it. Still, how come they get to camp overnight in a city park when even R!ecreate !68 wasn't allowed to? 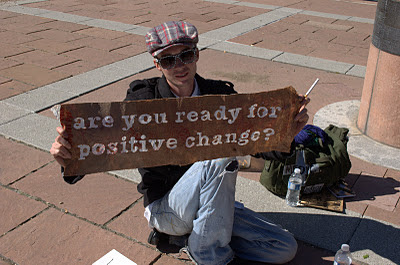 "This is recycled!" he said. I think it was an old feedbag or something. 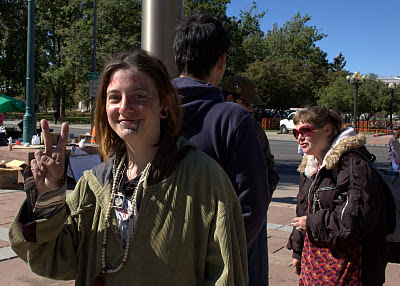 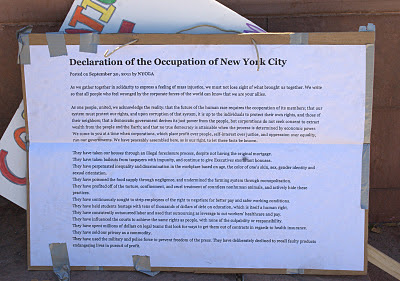 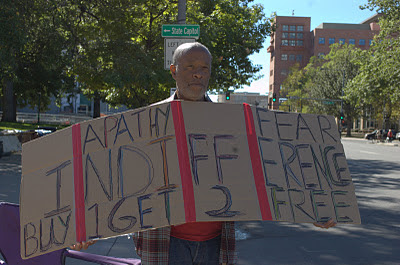 This duffer told me he'd been there for three days. "When the snow comes. That's when we'll know how strong we are." 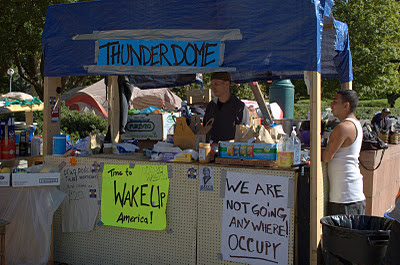 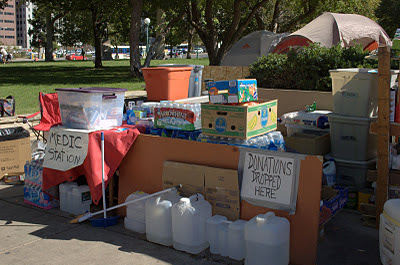 They had some stuff, and handed it out to bum and protester alike. (There were far more of the former than the latter.) 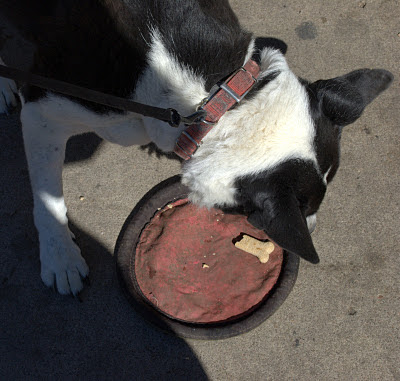 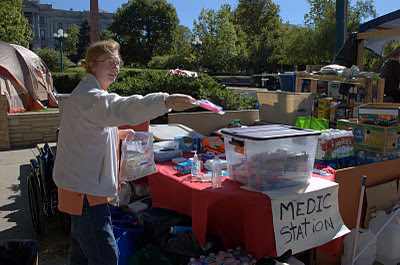 The medic station seemed to consist mostly of those toothbrush-'n-paste combo packets, which, again, they cheerfully handed out to all--even the toothless. 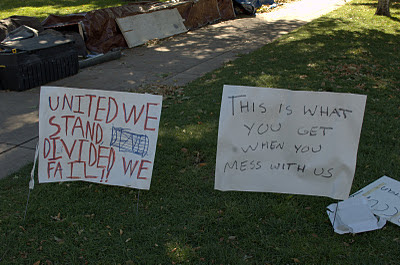 The word "divided" seems to have caused some problems, while what we get when we mess with them was apparently left to the imagination. 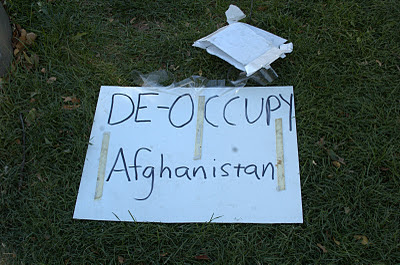 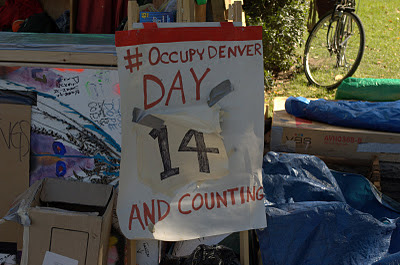 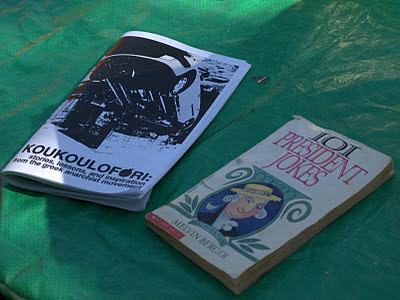 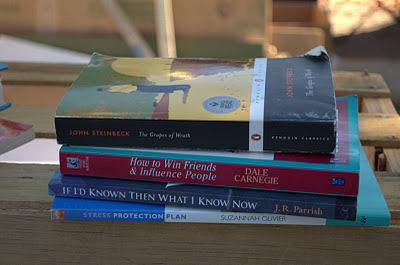 Dale Carnegie was there in spirit. 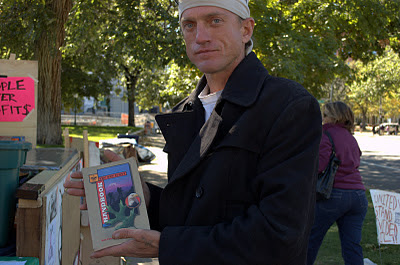 This guy was proud he'd snagged the Boy Scout Handbook. 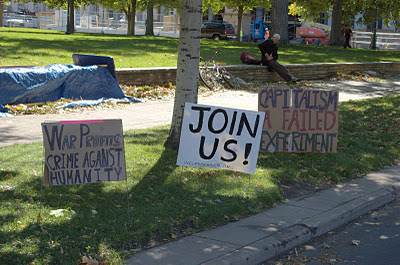 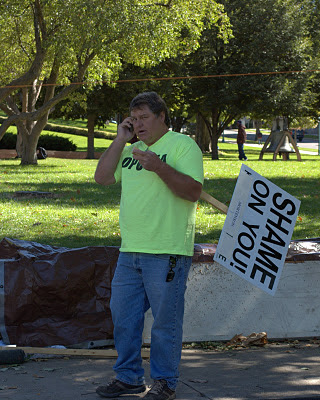 Of course, I had to force Billy Bob to wow the rubes: 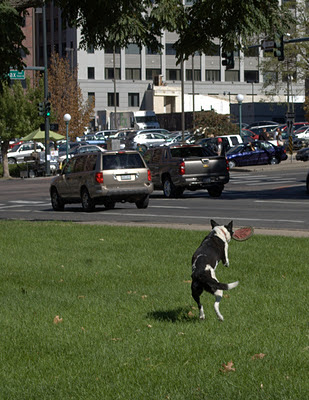 Update: The Post has lots of pics of the various protests around the country.

BTW, see how I'm linking to the Post? That's because they've ended their contract with evil copyright suit-filer Righthaven.

Update II: There's supposed to be a march tomorrow. The D-blog may or may not attend, he said wanly.

Update III: Forgot about this card a guy gave me: 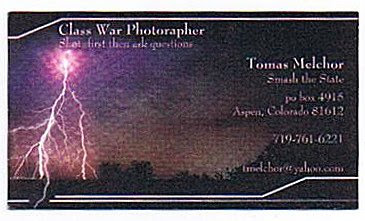 What do you want to be when you grow up, Johnny?

Update IV (8 October): No way I'm going downtown. First, there's the "Rock and Roll Marathon" wending its way around town and which the Post claims will draw more than 17,000 masochists (doubt it; it's 40 degrees and cold-drizzling right now); then, to my shock (well, ennui) there's the Columbus Day Parade and Protest, which, who knew? Anyhow, forget it. What a clusterfuck.
Posted by Focko Smitherman at 4:04 PM