Been a while since I've fobbed one of these pathetic exercises off on purported readers. 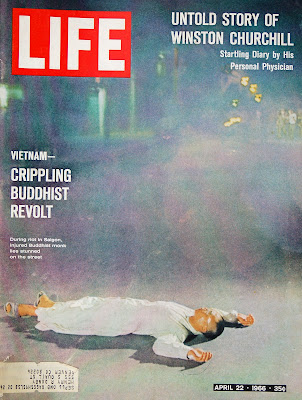 Bonked Buddhist: they were rioting against the South Vietnamese government.

Ad for a giant brainsucker: 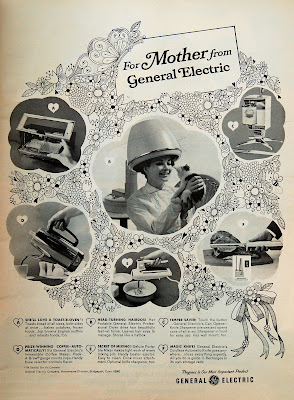 My first child, too, shall be named "General Electric." 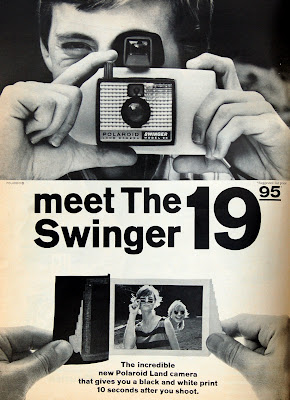 A black and white picture in ten seconds!
But with every technological advance, a setback:

The Vietnam air packet that brought this week's cover picture and lead story also brought these two pictures of the LIFE men there--with and without gas masks.

The Saigon scene reminds [one photographer] of the peace demonstrations at Berkeley which he covered in December. "It all looks about the same," he says. "The cops were bullheaded and not awfully tactful. The students were full of ideals and spunk, but they didn't have the slightest idea what they were driving at, or what they were getting into."

Choice quote from this week's LIFE (it's catching) editorial, on China policy:

Chinese Communism has been only a relative disaster to a people used to disasters and cruel governments. Their economic progress was in fact steady and palpable until the insane "Great Leap Forward" of 1958-60, which coincided with bad crops and set the economy back about 10 years.

Yup, that's what happened all right. Economy set back ten years. Uh-huh. I think only MIM and maybe the Revolutionary Communist Party (Our Chairman is Bob Avakian!) hold this view now.

Birth of the most hated color ever: 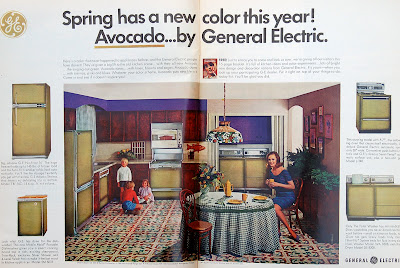 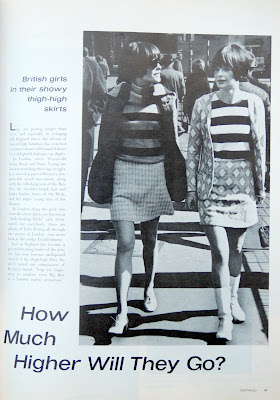 Attractive: Stripes and plaid. Or is that paisley? Check the one on the right out. She looks like my Uncle Stanley, right down to the pancake makeup and false eyelashes.

This is starting to seem like LIFE's "we love Commies" issue, because it also has a big piece on happenin' Siberia: 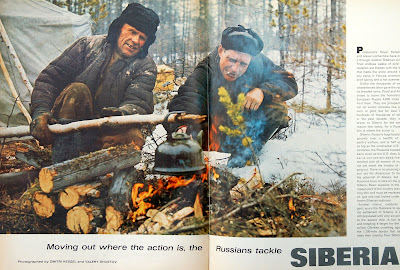 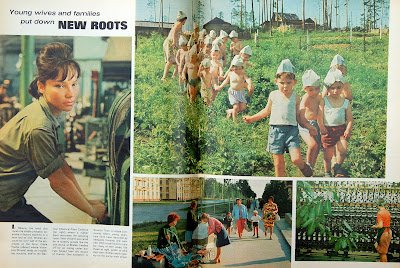 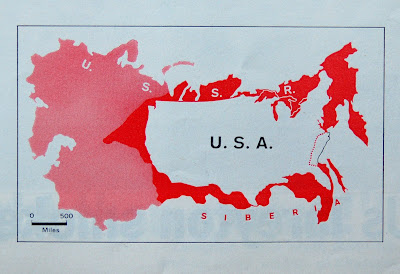 Makes you think. Of what, I don't want to know.

Finally, back to the good ol' United $nakes (h/t MIM): 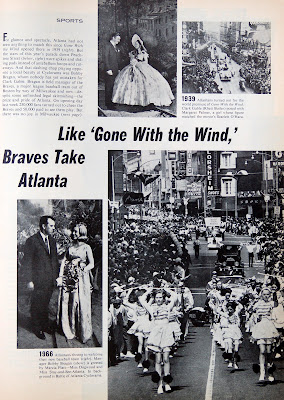 The expansion Braves: unlike some teams I could name, they've won a World Series. 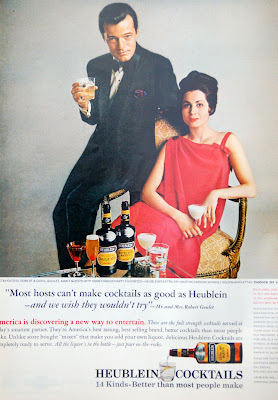 Spooky: Robert Goulet, who died on Halloween this year.
A story on how corroded Winston Churchill was: 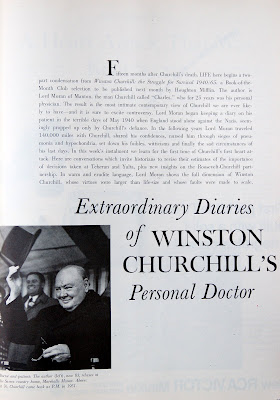 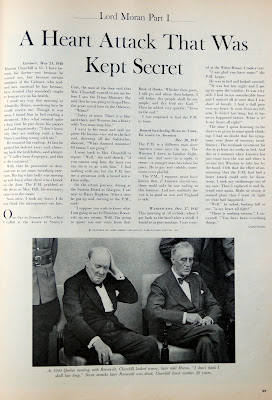 Still, next to Roosevelt Churchill looks like a teenager in this 1944 photo. He was 70, Roosevelt not quite 63. Churchill had another 20 years; Roosevelt was dead in seven months.
Groovy artwork for a piece on Magritte: 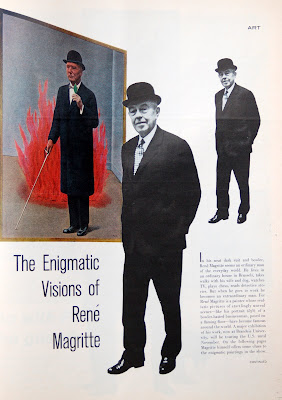 It's raining men.
And a last ad: 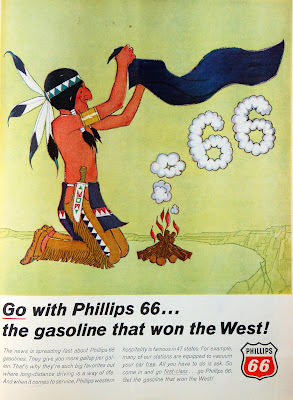