Posted by Focko Smitherman at 8:00 AM 3 comments:

My underarms are itchy

(Previous celebration of participatory democracy here.)
Posted by Focko Smitherman at 8:13 AM 2 comments: 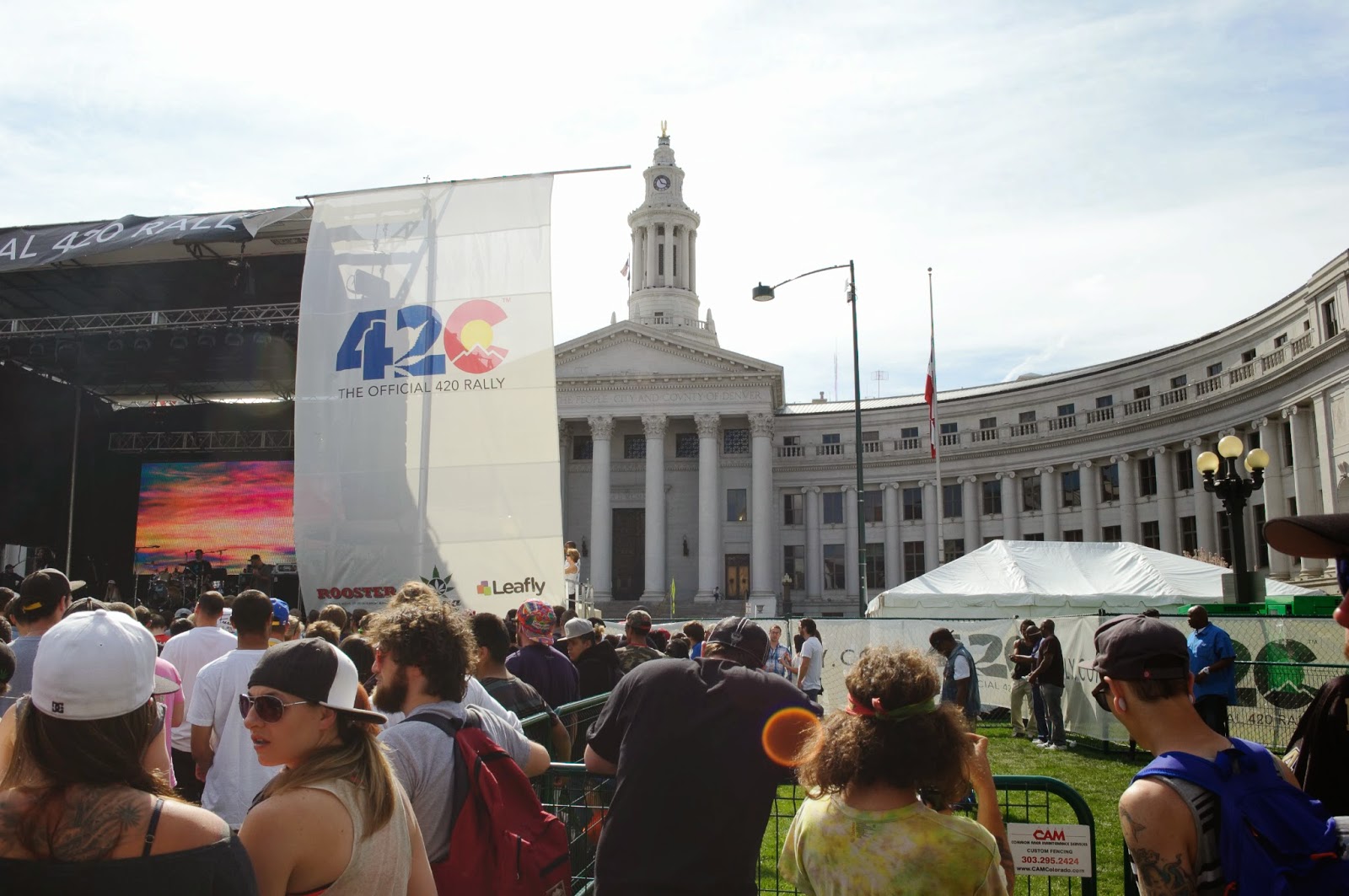 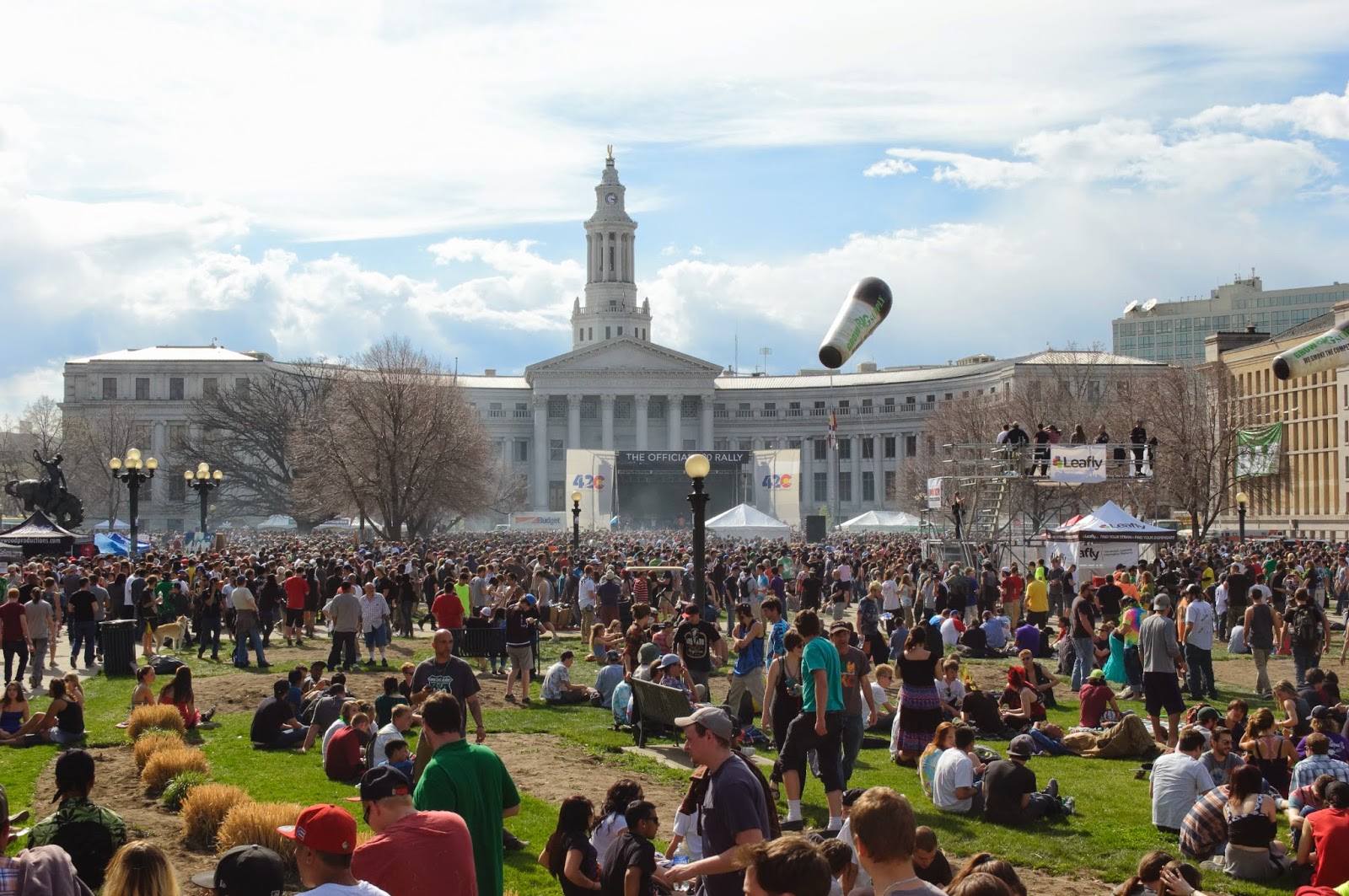 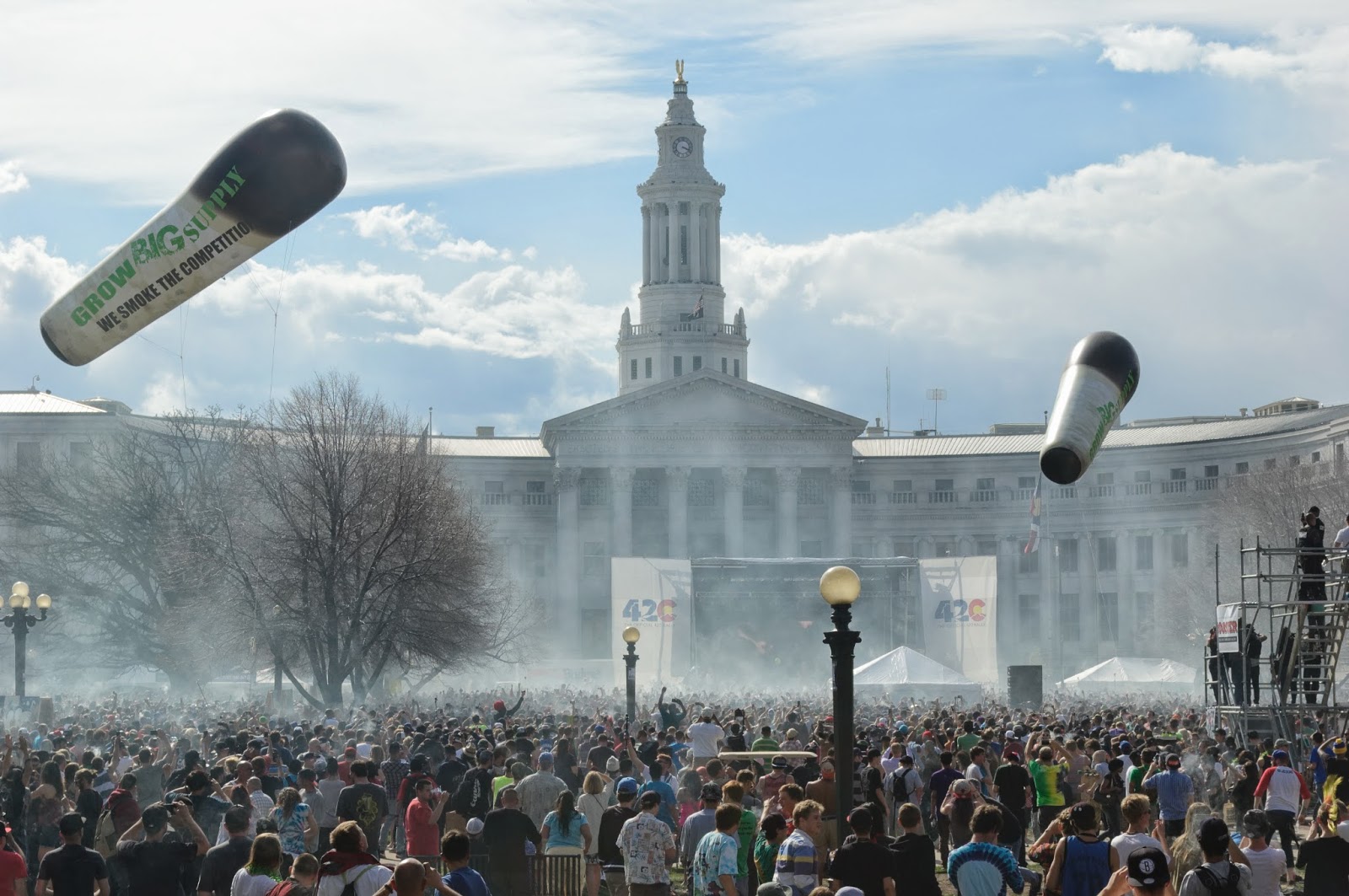 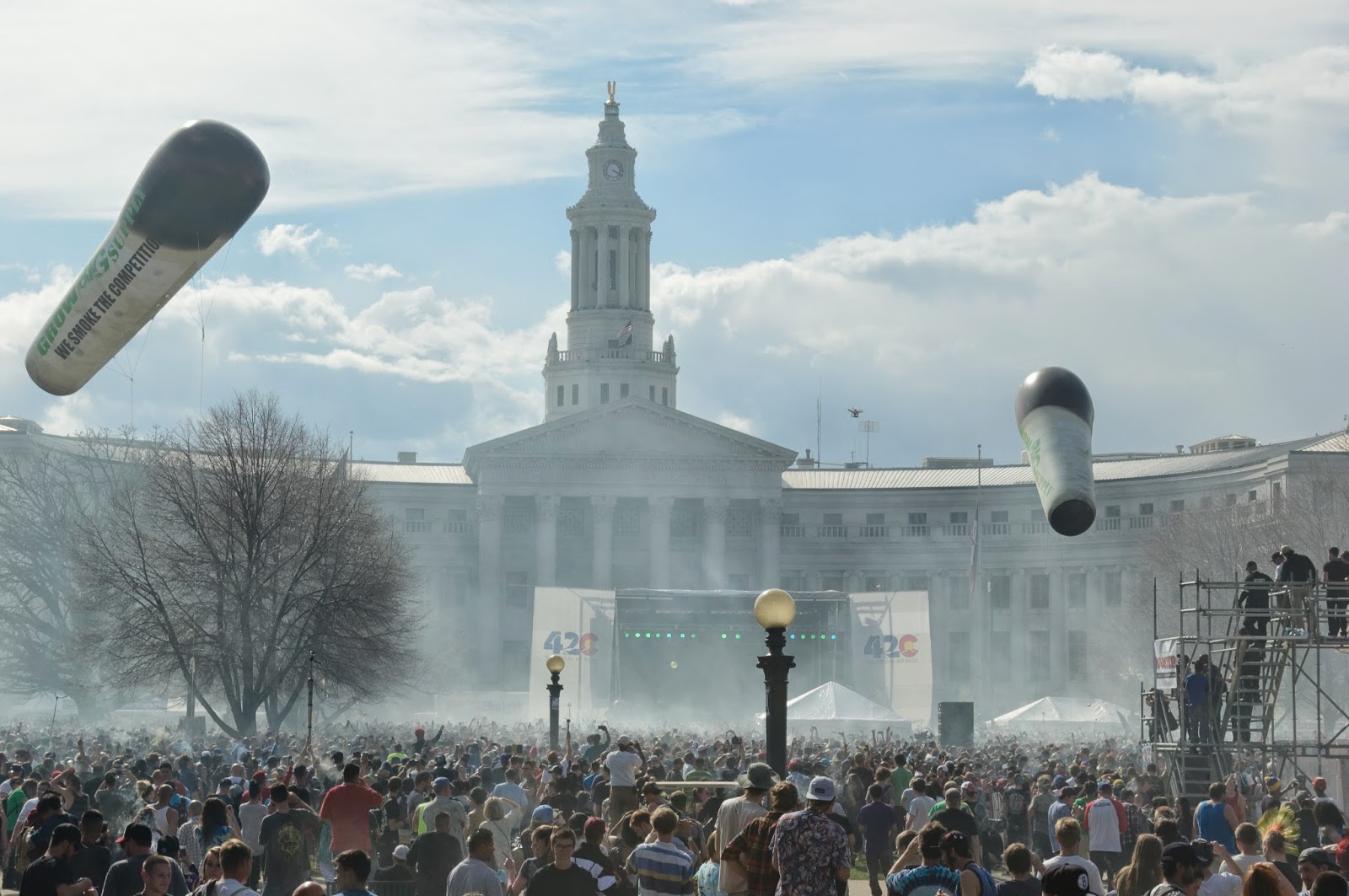 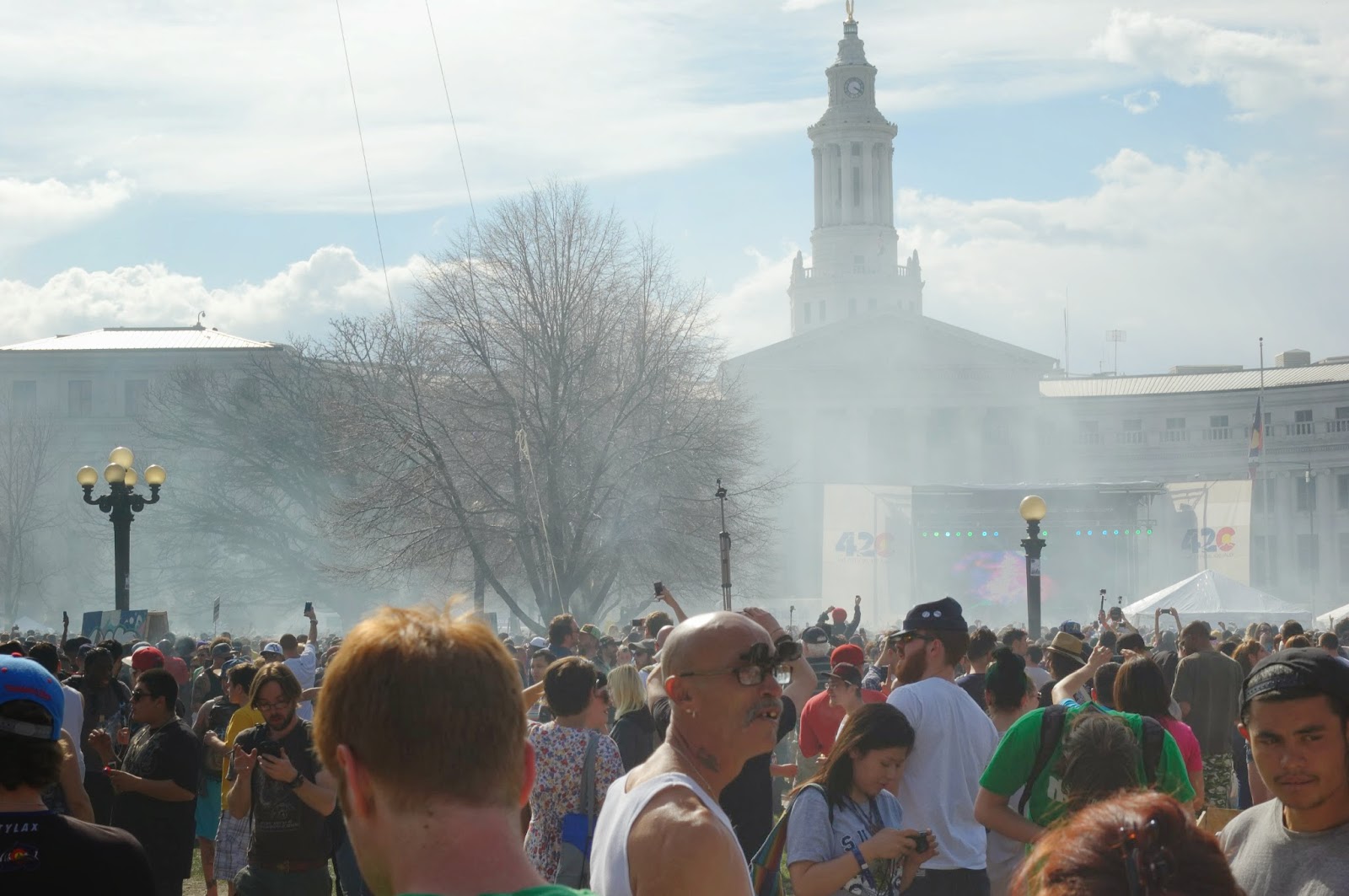 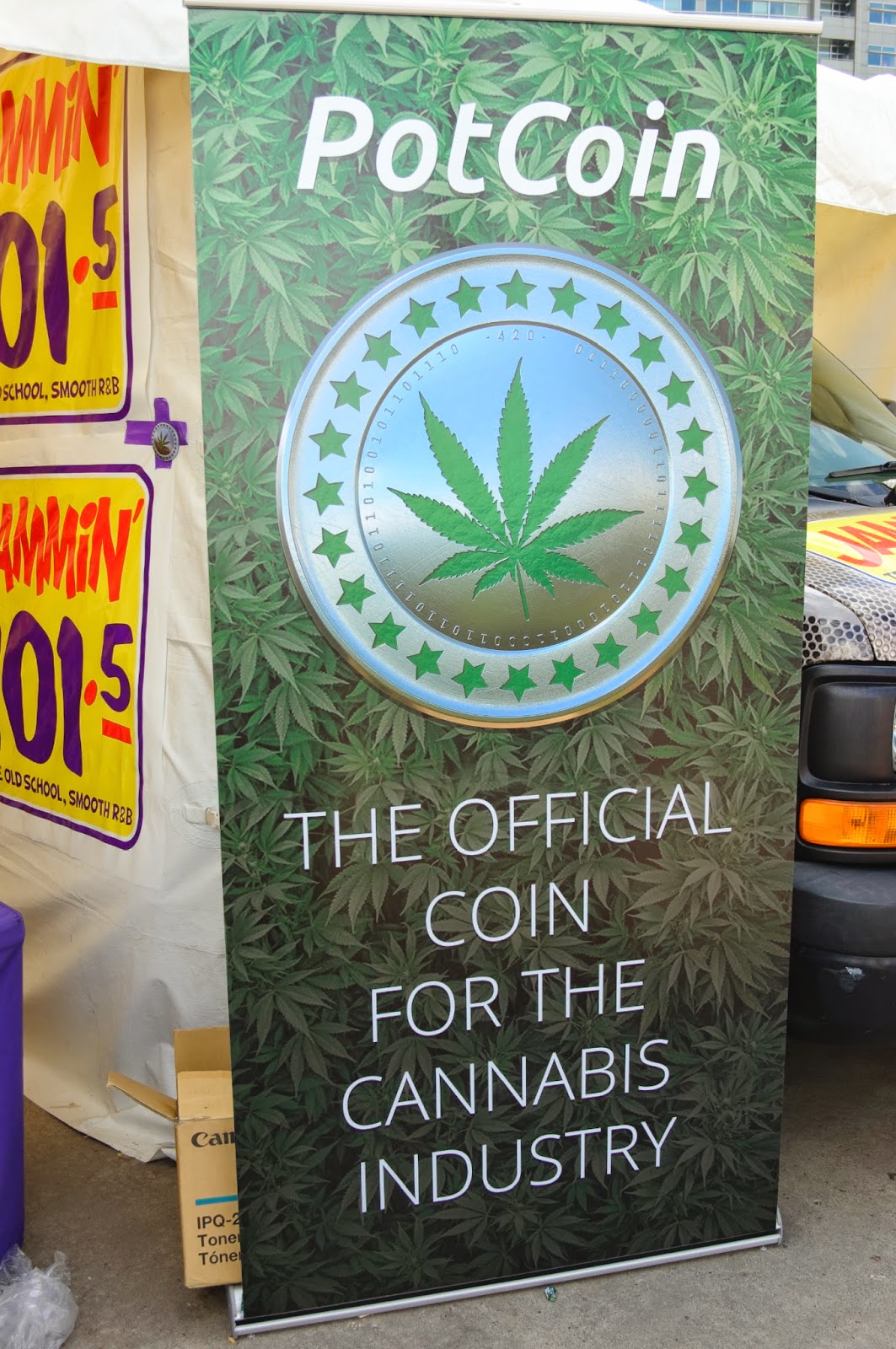 The D-blog has always been a skinny little fuck. Splendidly proportioned, as all who know me readily admit, but still, a good 15 pounds underweight, according to this handy chart. That's why I'm always working out (just watch the first 38 seconds. I mean, 40 views since 2010! The world is cruel.) and eating hearty meals.

It doesn't work. So finally the other day I went looking on the interchubsy-ubsies (always the last resort around here), and practically the first thing that popped up was the GOMAD system for gaining weight. It's pretty amazing. In fact the GOMAD system, many scientists say, can result in weight gains of up to a pound a day.


But what is the GOMAD system, Mr. D-blog, honey?

GOMAD, an actual acronym, maybe, stands for Gallon Of Milk A Day. The idea behind it is simple: You drink a gallon of milk a day. Every day. Oh, and eat every three hours. And do lots of cinderblock squats. (Actually, if you look at the GOMAD url you'll see the phrase "milk squats," but I think you can substitute the cinderblock variety. Much less disgusting.)

Now, if you're like me (and you are, just funnier-looking), the first thing you thought on discovering what the GOMAD plan required was that you would never, ever be able to get the phrase "milk squats" out of your he--no, the first thing you thought was that drinking a gallon of milk a day can't be easy, especially if your mom isn't around to burp you*. But you, like me, were wrong. It is easy! Here's what the GOMAD site has to say about that:


Portable, zero-prep milk! Easy! Now, what sort of milk should you drink? The folks at GOMAD don't keep you in suspense:

Which Milk to Use for GOMAD. Don’t waste your time with low fat, skimmed or half-skimmed milk. They’re lower in saturated fats & calories and won’t give the same results. Go with whole milk, it also tastes better.


And you'll GOMAD quicker. Among the benefits of GOMAD are, of course, "weight gain"; "strength gain"; "cheap" (the folks at GOMAD are not hung up on parallel bullet-point structure); and "Natural. Some say [see scientists linked above] that GOMAD works even better than steroids with beginners who want to gain weight fast."

Better than steroids! And you only have to be "churned" once a week!

But Mr. D-blog, you future buttertub, won't GOMAD, used as directed, kill me?

No! Listen to GOMAD now!
Is GOMAD Safe? Yes. Or we wouldn’t feed babies milk. [Ever try to feed a baby a gallon of milk a day? Talk about your milk squats.] And even if milk wasn’t safe, you won’t do GOMAD the rest of your life. Once you got your goal weight – within 1-2 months – it’s back to a regular diet.
Even if milk wasn't safe. Wonder what he means by that? But if you're worried about kidney stones, don't be:

You probably weren't worried about kidney stones until now, were you?

*Your wife could do it, but won't.
Posted by Focko Smitherman at 6:38 PM 4 comments:

'Gay and lesbian troops perform in drag on American military base'


Dammit, the title gives it away. Yeah, and the still. Good movie tho, huh?
Posted by Focko Smitherman at 6:13 PM 5 comments:

(bumped from Feb. 8 because of newly added update IV. It's that important.)

If it's all the same to you, I'll take the gaspipe. The Post:


The founder and CEO of American Title Services in Centennial was found dead in his home this week, the result of self-inflicted wounds from a nail gun, according to the Arapahoe County coroner.

Richard Talley, 57, and the company he founded in 2001 were under investigation by state insurance regulators at the time of his death late Tuesday, an agency spokesman confirmed Thursday.

It was unclear how long the investigation had been ongoing or its primary focus.

A coroner's spokeswoman Thursday said Talley was found in his garage by a family member who called authorities. They said Talley died from seven or eight self-inflicted wounds from a nail gun fired into his torso and head.

Update II: Alternate title for this post: "Torso and head."

"tv. and take the gas pipe. to commit suicide. (Originally by inhaling gas.): The kid was dropping everything in sight and finally took the pipe."

See, they change it from "take the gaspipe" to "take the pipe." These are very different phrases. Let's use each in a sentence:

Not the same thing at all. And what's this "(Originally by inhaling gas)" bizarreness? Are they trying to say that "take the gaspipe" now means, perhaps, drowning oneself? Jumping off a building? What? Dictionary.com does not explain.

Update V (3 March 2014): Too soon? Oh, and I never completely plumbed the strangeness of Dictionary.com's definition. Their sample sentence is creepily evocative, like an outtake from On the Waterfront:

Lee J. Cobb (to union flunky): What could I do? The kid was dropping everything in sight and finally took the pipe. Okay, maybe we helped him a little, but he took the pipe!

Update VI: You know who the kid reminds me of? Spider.
Posted by Focko Smitherman at 6:15 PM 2 comments:

Untitled, and worth it

D-blog readers will not be surprised to learn that I've never made what you might call any money at all writing (or in recent years, not writing) this idiot blog (see Sam Johnson quote, above). So why do I do (in recent years, not do) it? Here's the truth which I just came up with: because I want to make God laugh. My reasoning, of course, is simple, so let me explain it in v--dialogue:

I'm dead, see, standing at the Pearly Gates. God and St. Peter are conferring over my file:

God (whispering): Jeez, what an asshole this guy was. I mean, look at this, it says right here that he picked his nose all the time and wiped the boogers on his dog.

God: Yeah, that's some repugnant shit right there. Ah, here's a footnote. Apparently he wrote something once I thought was funny. Here it is. Oh, that's right! He's the guy who came up with the name "Fetushead" for Peyton Manning! Fetushead! Damn, that's still funny. I remember laughing my ass off about that for the rest of the . . .

St. Peter: He stole the name "Fetushead" from a commenter at another website.

God: You'll take care of that?

Update: For the record, I never, ever wiped a booger on Billy Bob except that one time when it was a matter of national security.
Posted by Focko Smitherman at 7:12 PM No comments:

Activists take stray dogs out of Sochi to other cities

Village of Hobbits to be built in Moscow region


Posted by Focko Smitherman at 9:44 PM No comments: 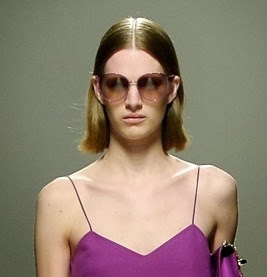 Posted by Focko Smitherman at 2:57 PM No comments: 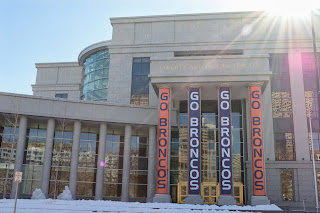 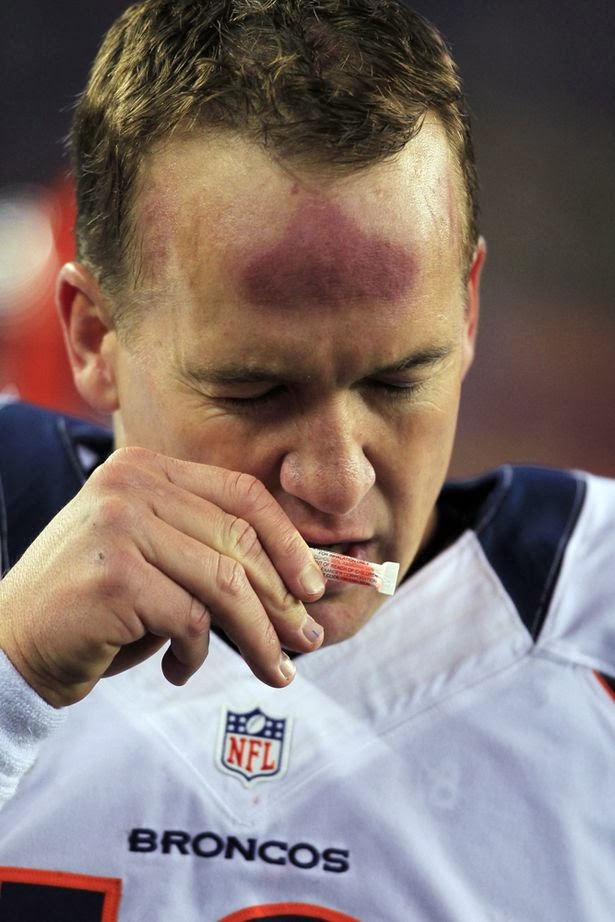 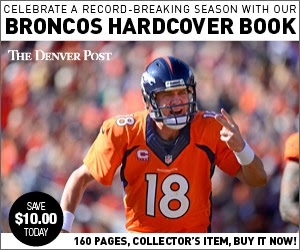 Update VI (9 February 2014): In England they spell it "Fœtushead."
Posted by Focko Smitherman at 1:02 PM No comments:

To "score," in the parlance of today. This was the line outside a medicinal/retail pot shop called Citi-Med in south Denver about 10:30 on the first morning in history that common ordinary American citizens--people like Joe down the block, or your plumber Ernie, or Otto your kids' bus driver--were able to just walk into a--what was I talking about?

Actually we happened by on our way to a zestful and healthful New Year's Day walk around Washington Park, in case you were wondering, and I had to get some shots of the heepies queueing to buy legal weed. 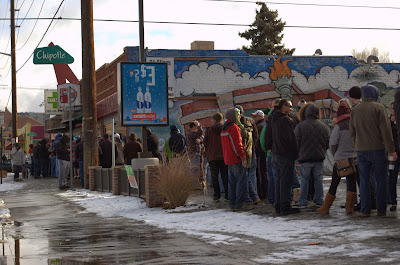 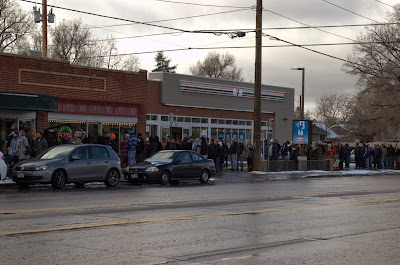 Line didn't go around the block, but it went down it a good bit. 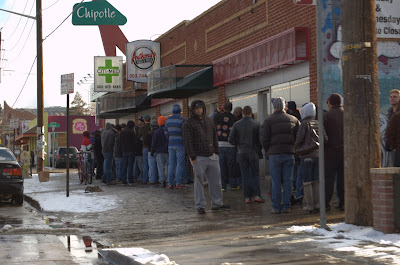 This guy was all like, "Happy New Year, dude!"
The Post, of course, has gone full re--what was I talking about? Never mind, I'll just link to The Cannabist (pretentious gits) and leave it, for now, at that.

Update: As you might imagine, Jack Webb is not happy.
Posted by Focko Smitherman at 7:34 PM No comments: