Althouse owns this story, of course (that's her top post at the mo, but scroll down; she's covered nothing else for a week), if only because of proximity, but I did manage to get down to the Capitol to take pics of the local brouhaha supporting the doofs in Wisconsin. Look at them or I'll be so angry! 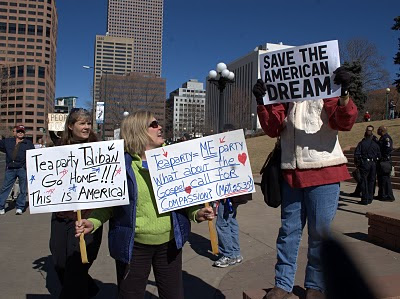 You can't tell, but the woman on the right was a tea partier--or at least, someone who disagreed with the protesters. (l. and further l.) They abused her mildly. 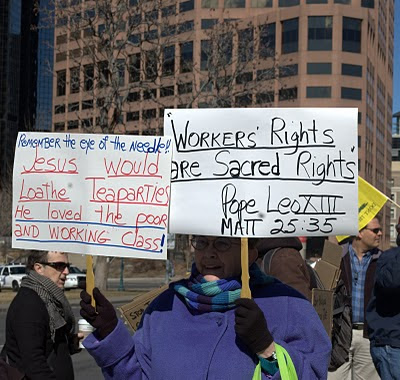 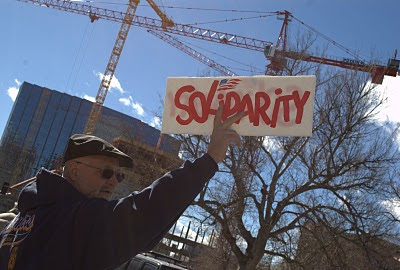 Yeah, sure. There's something ghoulish about taking the slogans of real movements for the petty purposes of these yebs. 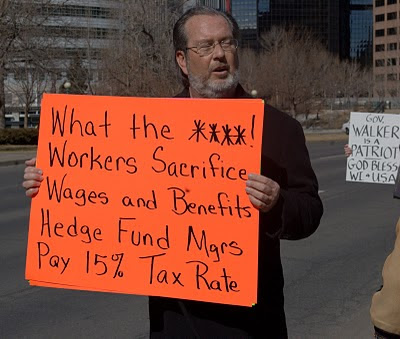 Look out! There's a Tea Partier sneaking up behind you! 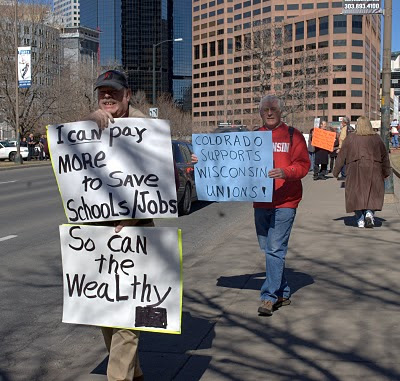 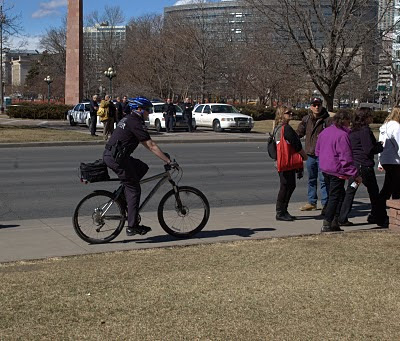 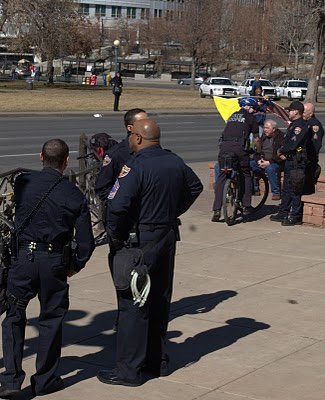 Cops all over the place. 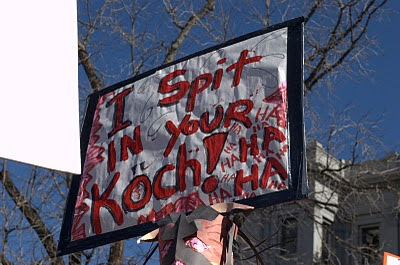 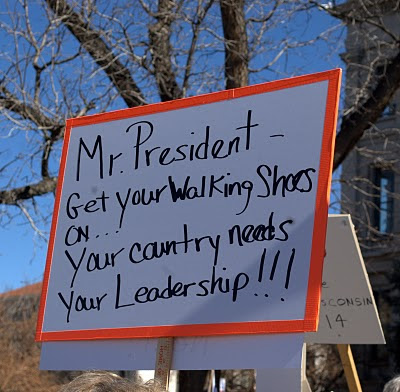 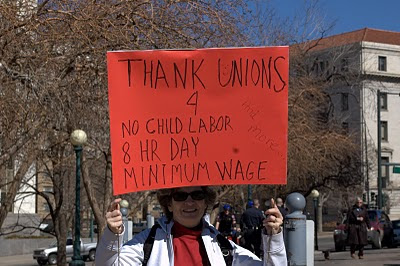 Living in the past. The farfahters were there too. One of them spoke. 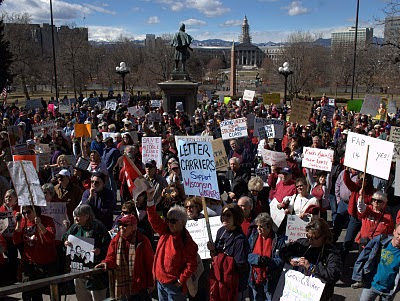 Somehow Billy Bob and I always manage to insinuate ourselves up among the speakers and organizers at the top of the Capitol steps. I think it's Billy Bob's ultimate cuteness when he's carrying his Frisbee.

So I'm standing there watching some gink yell impassioned nothings into the mike when I notice Billy Bob has wandered out to the speakers' platform, where he proceeds to politely place his Frisbee on the foot of the gink yelling impassioned nothings. Let me tell you something about a Billy Bob-transported Frisbee: it's slimy. I was so embarrassed. Not really, but I'm like, "Billy Bob! Get your Frisbee!" and tugging on his leash. Finally, he did. Wonder if it'll make the news tonight.

Anyway, one speaker said there were 3000 people attending. I'd say closer to 2000, but we'll split the diff. Hell of a lot more than I ever saw at an anti-war rally here. Gotta prioritize.

I didn't really listen to the speeches, by the way. All were basically content-free. 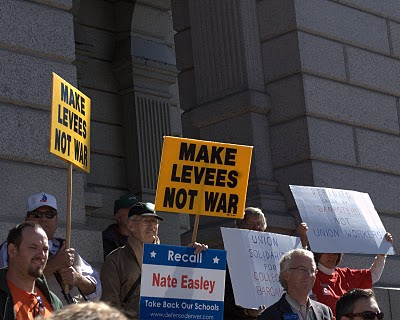 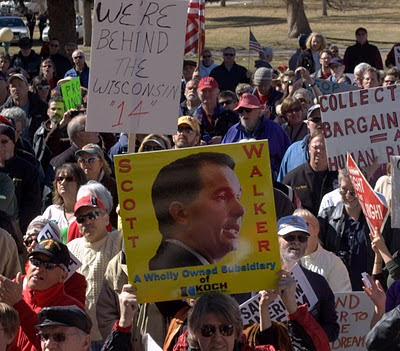 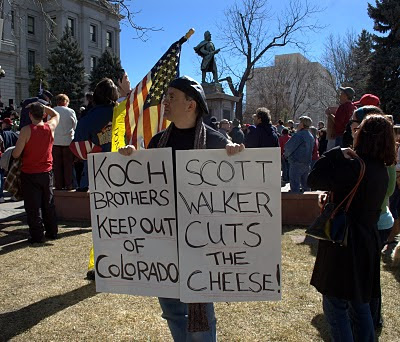 Like many, I'm perplexed by how these Koch Bros., whom I'd never heard of before, say, last year some time, have become for the left the exact equivalent in sheer halitosised evil that George Soros is for the right. 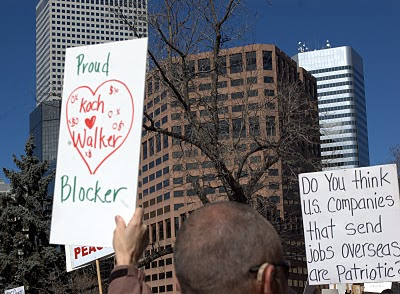 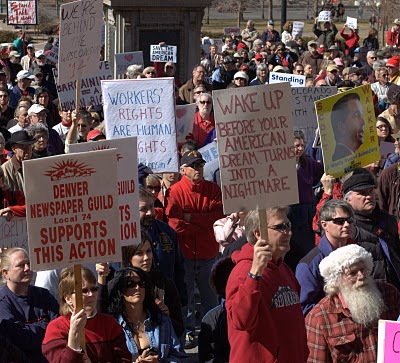 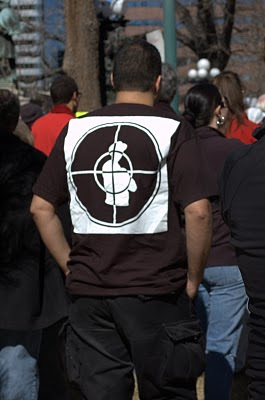 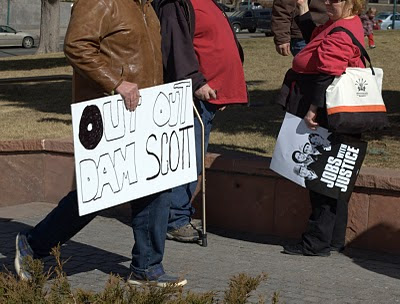 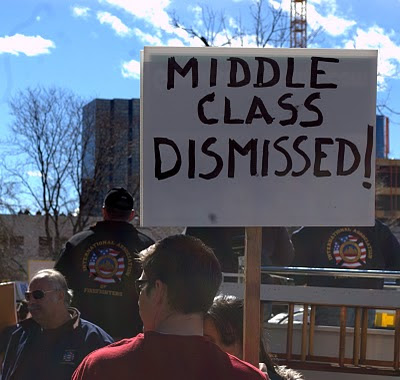 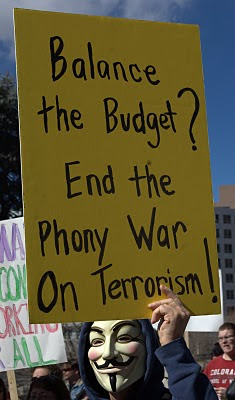 Yes, if Wisconsin ends its phony war on terror, all will be hunky-dory. 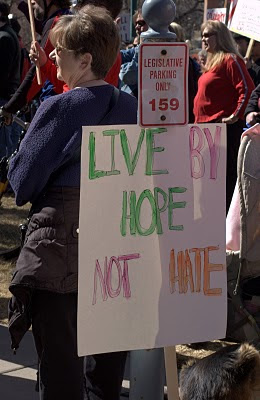 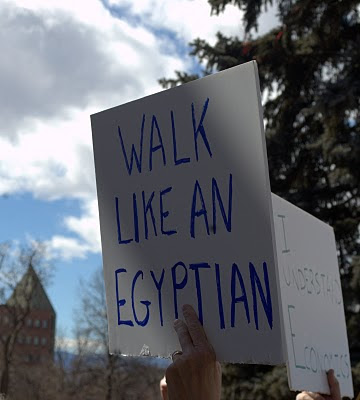 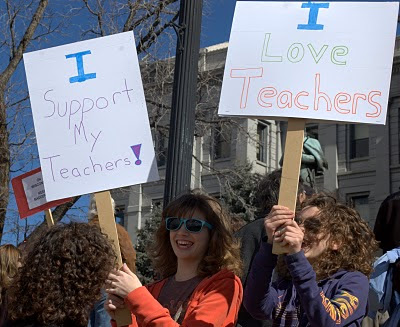 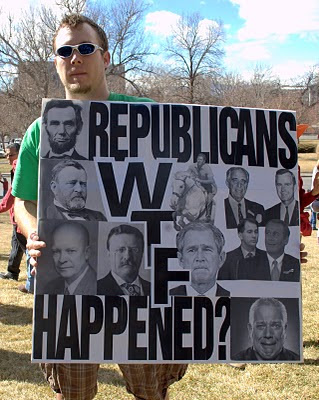 Who's the guy in the lower right corner? 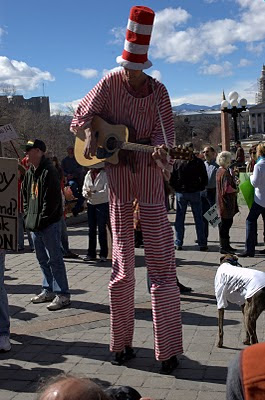 And at last, too late for the protest, a lone paint-bucket drummer shows. He was the worst drummer I'd ever heard, and I've heard some lulus. 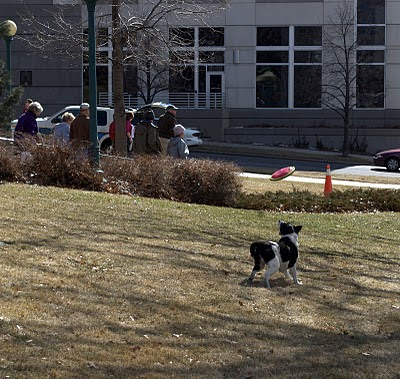 For some reason the cops never bother me at protests when I let BB off the leash (definitely illegal) for a spot of Frizzlebunk. One of them even said, "I'm not supposed to take sides in this, but I can say that's a cool dog."

He is, even at 12 years and seven months of age. 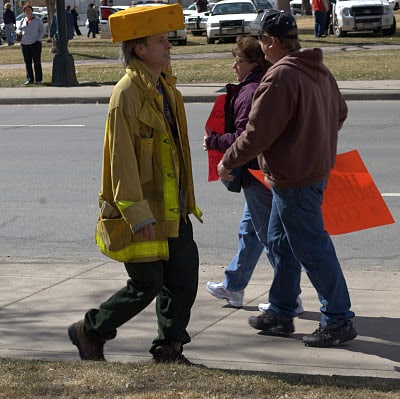 What a bore. But a bit of the old time for your darling D-blog. Refreshing, too, since neither I, nor Billy Bob, nor my camera was threatened even once by goons or punks.
Posted by Focko Smitherman at 5:10 PM