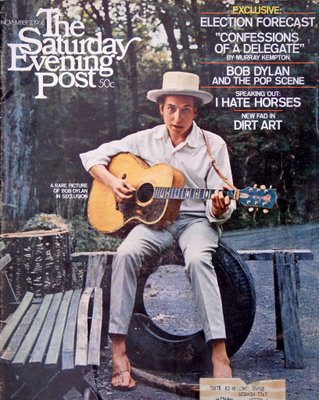 I've posted this cover before, but nothing else from the issue. 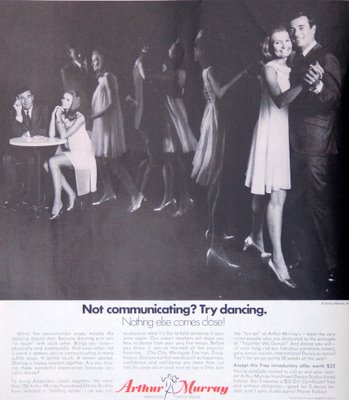 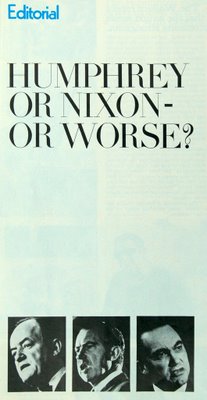 Creepier: "None of the above" hadn't been invented yet.
The September 21, 1968 Sat Eve Post's "Speaking Out" column was by then-student radical Mark Rudd. Called "We Want Revolution." It drew a letter from a Paul M. Peroff of Oxford, Connecticut:

To quote student Mark Rudd: "We intend to unite with all people who believe that men and women should be free to live as they choose . . . in a society where the government is responsive to the needs of the people and not the needs of the few wose enormous wealth gives them the political power. We intend to make a revolution."

Wonderful! But--sounds familiar. . . Where did I hear it before? Oh, yes . . . back in 1917 when I listened to Mr. Nikolai Lenin speaking to the crowd from the balcony of Krzesinska's Palace in Petrograd.

Of course, Rudd has a website now, Mark Rudd's Website. It bears the subtitle, "Yes, this is the Mark Rudd from the sixties." Like his friend and fellow Weather Underground member Bill Ayers, Rudd has held on to his radical views and revolutionary arrogance; unlike Ayers, he has apparently renounced violence.

In fact (small world alert), Rudd links to a 2001 piece by George Lakey that criticizes Ward Churchill and his book Pacifism as Pathology.

This week's "Speaking Out" column, by the way, is "I Hate Horses" by naturalist Bil Gilbert, who "has three horses and dislikes them all." 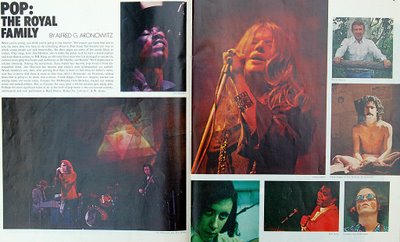 Nothing against the man, but: Buck Owens? 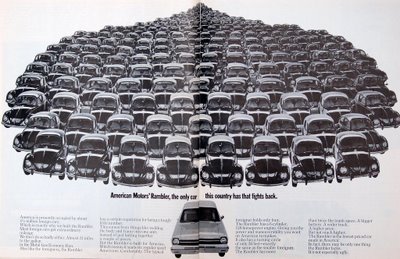 Xenophobia sells: The Rambler was discontinued in 1969.

To go with the "pop scene" theme, a piece on "the new sculpture," which includes this picture of an artist in the act of creation: 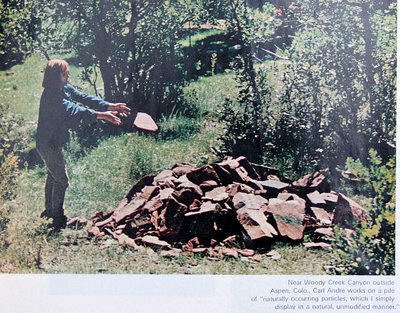 Read the caption.
Posted by Focko Smitherman at 7:32 PM