As if you needed reminding, today is the International Day for the Preservation of the Ozone Layer, as declared by the UN's Ozone Secretariat. As Tim Blair (via whom) notes, this year's theme is "Ozone layer protection: governance and compliance at their best."

Among the activities planned in various shitholes:

Apparently no first-world country is bothering. 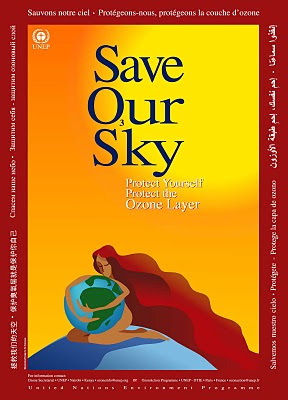 Nekkid Gaia sez: Look at me! I'm Annette Funicello!
Posted by Focko Smitherman at 8:28 AM