"Chickens Of Our Own Making"

Yes, with arrogant American exceptionalism, we were indignant when almost 3000 of our brothers and sisters were killed on 9-11. We were indignant and we were stunned, shocked and sorrowed. But instead of searching our collective souls and reflecting about why they "hate us" so much, our insane president (backed by a bloodthirsty gang of racist opportunists) set off on a mission to send more chickens out into the world that will be a helluva bitch when they come home to roost.

Yes, on December 7th, 1941 (another day that will live in infamy), a US Naval base in Pearl Harbor, Hawaii was attacked by Japan. On that day, 2338 American service personnel were tragically killed, but there was little of what our Pentagon calls "collateral damage," civilians killed. As a matter of fact, during WWII, Japan killed very few American civilians. However, the US military command in the Pacific killed hundreds of thousands of Japanese civilians in aerial bombings and with the use of the new WMD; H-bombs.

Update: Speaking of Cindy (and other polymaths): 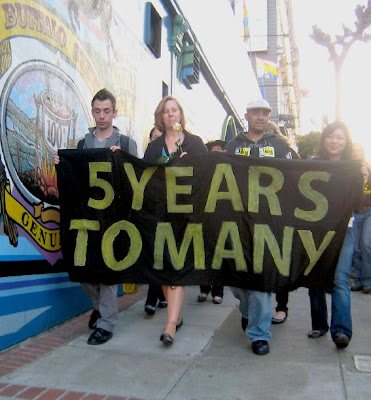 (via LGF)
Posted by Focko Smitherman at 7:29 PM